You have reached the cached page for https://www.reddit.com/r/smashbros/comments/5bax1h/an_attempt_to_tier_the_eventhubs_tier_list/
Below is a snapshot of the Web page as it appeared on 10/1/2019 (the last time our crawler visited it). This is the version of the page that was used for ranking your search results. The page may have changed since we last cached it. To see what might have changed (without the highlights), go to the current page.
You searched for: smash ultimate tier list eventhubs We have highlighted matching words that appear in the page below.
Bing is not responsible for the content of this page.
An attempt to tier the EventHubs tier list. : smashbros
7

So, I made a post a while ago saying something like "Look how bad the EventHubs list is" because I'm very opinionated or something like that. I decided literally about ten minutes ago that I'd recreate that list, but I'd try and move from the list-based format of EventHubs into the common S, A, B, C, D etc. format that many people use on their tier list.
Now, from what I gather, Event Hubs takes the average matchup value for each character and uses that to list the fighters from highest total of matchup average values, so in order to tier the characters, I followed a simple enough rule: If there's a gap of more that 2.0 between a characters total, make a new tier. Sounds simple enough, right?

Well, I had to bend the rules a little for the following characters: Olimar, Lucas, Palutena, Ganondorf, Zelda, Jigglypuff, because these characters had about a 2 or 3-point gap between the character above and below them, meaning the list would have been given something like 6 tiers of characters on their own. I'd let Cloud have his own tier, but the rest of them is a little overkill.

So, low and behold, the link to the tier list is here. And thus, I have stopped wasting your time.

Luigi is really high up there

is this really a eventhub tier? it looks way too decent Kappa

anyways, mine as well judge it: 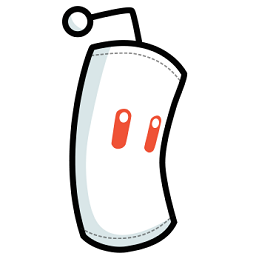