You have reached the cached page for https://frozensama.blogspot.com/2016/09/volume-12-chapter-4.html
Below is a snapshot of the Web page as it appeared on 7/8/2020 (the last time our crawler visited it). This is the version of the page that was used for ranking your search results. The page may have changed since we last cached it. To see what might have changed (without the highlights), go to the current page.
You searched for: shuchi nikurin We have highlighted matching words that appear in the page below.
Bing is not responsible for the content of this page.
Volume 12 Chapter 4 Frozen-sama Frozen's Lazy Blog
Home Mondaiji Volume 12 Chapter 4

1 Kabukichō - Entertainment or red-light district. With a lot of host-clubs, love hotel, nightclubs etc. It’s called the Sleepless Town. ↩
2 Shuchi nikurin(酒池肉林) - Pool made from wine and forest made from meat. An idiom that refers to extreme luxury. ↩
3 Rigveda : one of the 4 vedas. It’s a collection of Vedic Sanskrit hymns about Rigvedic deities, Indra is their chief. There are around 250 hymns dedicated to him for a total of 1028, so it’s actually almost one quarter.
Indra is mostly known for having slain the serpent/dragon Vṛtra (वृत्र) a.k.a Ahi (अहि) in others Vedic texts. Note that it cognate to the Avestan aži (serpent). ↩
4 Sage - Refers to Great Sage Equalling Heaven, Sun Wukong. ↩
5 Shuten Dōji (litt. Drunken Demon) is one of the most famous oni (demon/ogre). He’s also said to be one of the “3 great evil yōkai”. He basically kidnaps, enslaves, and cannibalizes young Kyoto maidens. If you can and are interested read the article on Jstor Shuten Dōji: "Drunken Demon" (Noriko Reider), it’s a translation of the actual story. ↩
6 See also note 3. Vṛtra (वृत्र) is known as Ahi (अहि) in others Vedic texts. Ahi cognate to the Avestan aži (serpent). About the origin stated here, it's as always complicated. Aži Dakāha was killed by Traitaunas (Θraētaona) know as Fereydun in Middle Persian which is a human. Vṛtra was killed by Indra.
The difference is thus that in Vedic it was a God who killed the dragon, whereas in Avesta it's a Human. Hence it's probably why in Mondaiji Indra said he descended as a human to seal Aži, and as a god to kill Vṛtra. ↩
7 Yamata no Orochi (八岐の大蛇, litt. 8-branched giant snake) killed by Susano-o. Balor, a.k.a Balor Birugderc (the piercing eye) he was killed by Lugh, he's said to be a cyclop, his eye could destroy everything. Fenrir a monstrous wolf son of Loki, who will kill Odin during Ragnarök, but will be killed by Odin's son Víðarr. Heanvely Ox send by the Yù Huáng (Jade Emperor) on Earth to give a message to Humanity, he mixed things and was forever banned on Earth to work with humans /// Gugalanna ("Great Bull of Heaven") was killed by Gilgamesh and Enkidu.
You must have understood that all this figures are the “enemies of Humanity”. ↩
8 Theology about the final events of Humanity and Earth. The "end of the world". ↩
9 It’ll be impossible to explain that in a note. I’ll just quote wiktionary : “Brahman is the unchanging, infinite, immanent, and transcendent reality which is the Divine Ground of all matter, energy, time, space, being, and everything beyond in this Universe. The nature of Brahman is described as transpersonal, personal and impersonal by different philosophical schools.” ↩
10 Gautama The Buddha. ↩
11 The battle of Yamazaki is the aftermath of Mitsuhide betraying. Hideyoshi battled him to avenge his lord Nobunaga. BTW until today, the reasons of Mitsuhide’s coup is still unknown for sure. ↩
12 ≈ - Approximately equals to. ↩
13 him - refers to Oda Nobunaga ↩
14 This name refer to how Oda Nobunaga called himself. Dairokuten-maō is in Buddhism the personification of evil and desilusion. Nobunaga used this title to taunt Shingen who said he was “the Protector of Buddhism, here to avenge what you did a Mt Hiei”, Oda said “If you’re the protector, I’m the Dairokuten-maō”. Oda himself was pretty violent (for a good or bad reason) hence why he’s usually see as a Demon. If you want to learn more Answer #3 & #4 in this forum, and Dairokuten Maou with some explanation about Nobunaga.. ↩

If you like my translations and want to buy me a pizza or a drink. 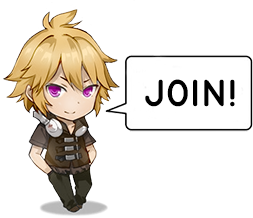