Where Was 'Seven Ways From Sundown' Filmed? Know Filming Locations Of This Classic Movie

Where was 'Seven Ways From Sundown' filmed? A movie from 1960, it's an adaptation of the book of the same name. The filming of the movie took place in the US. 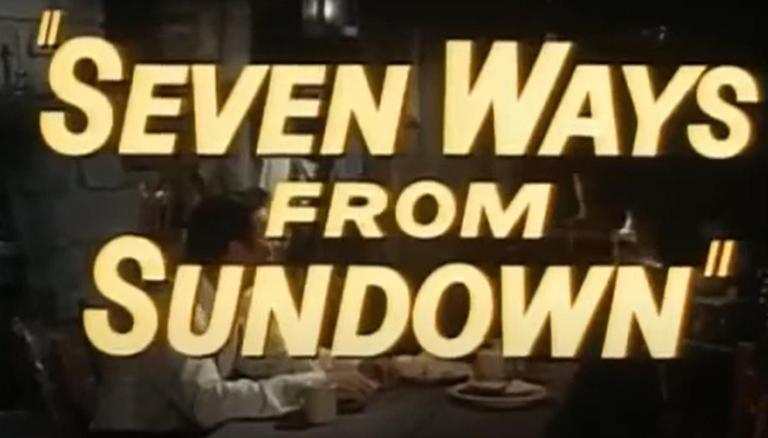 Directed by Harry Keller, Seven Ways From Sundown is the movie adaptation of the book written by Clair Huffaker of the same name. Huffaker is also the scriptwriter for the movie, helping the filmmakers bring the book to life. Starring Audie Murphy and Barry Sullivan in lead roles, it was originally directed by George Sherman. Seven Ways From Sundown shooting locations included some studios and some outdoor spots.

Where was Seven Ways From Sundown filmed?

According to IMDb, the classic western 1960 flick was filmed in the US, partly in studios and remaining in outdoor locations. Many portions were shot in St. George, Utah while many were in the Universal Studios, California, US. The desert scenes for the movie were shot in the outdoor location at Red Rock Canyon, Nevada. These were the only filming locations for this iconic western flick.

The plot revolves around two men - Seven Jones and Jim Flood. Jones is a Texas Ranger assigned to bring Flood, a well-known gunslinger back to the county, and get justice. He is partnered with an old sergeant named Hennessey, who Jones was close to, for this assignment. Getting a hold of Flood is a humongous task since he's also revered as a hero by some.

But since Jones became a ranger following his elder brother that died doing his duty, he can't refuse to take up the job and tarnish his deceased brother's reputation. Jones also gets close to Joy Karrington, the daughter of the landlord, where he stayed as a tenant. The movie progresses showing Jones' path as he struggles and learns the way to be a true Texas Ranger while trying to keep Flood and himself alive, reaching back safely to his county.

An Audie Murphy western movie was always well appreciated at the time of its release and Seven Ways From Sundown also followed suit. The casting of the movie along with its execution received positive reviews from the critics, with only a few having doubts regarding Murphy's role as Jones. However many found him suitable although he was in his early 30s while shooting for the character of the young Jones.

Also read: Where Was 'The Fate Of The Furious' Filmed? See The Stunning Shooting Locations

[Image credit: Still from the trailer of the film]