You have reached the cached page for https://www.tripadvisor.com/ShowUserReviews-g154998-d185614-r778070142-Four_Points_by_Sheraton_Niagara_Falls_Fallsview-Niagara_Falls_Ontario.html
Below is a snapshot of the Web page as it appeared on 12/17/2020 (the last time our crawler visited it). This is the version of the page that was used for ranking your search results. The page may have changed since we last cached it. To see what might have changed (without the highlights), go to the current page.
You searched for: sheraton niagara falls canada We have highlighted matching words that appear in the page below.
Bing is not responsible for the content of this page.
NEVER AGAIN!!!!!!!! - Review of Four Points by Sheraton Niagara Falls Fallsview, Niagara Falls, Ontario - Tripadvisor
Log in to get trip updates and message other travelers. 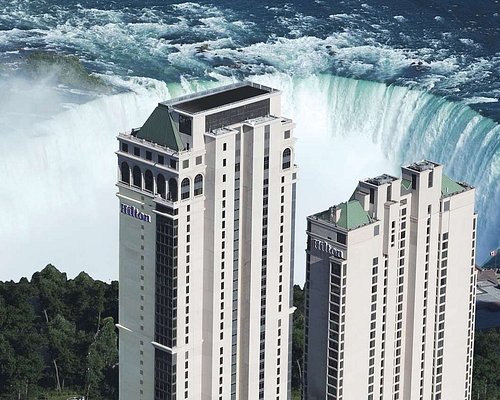 This review is the subjective opinion of a TripAdvisor member and not of TripAdvisor LLC.
travelwithmario
Toronto, Canada
14669
Reviewed 3 weeks ago via mobile
NO platinum. Elite Status benefit or upgrade or greeting

This particular property of Four Points by Sheraton Niagara Falls Fallsview reached the peak of nothingness for those with Elite status with Starwood/Bonvoy.
As a platinum Elite Member, my status was never once mentioned by the check in lady and no upgrade whatsoever was given - not even a view upgrade. Very surprisingly that this upgrade was never offered or even mentioned during this empty covid seasons in the mid of November 2020 - this property at this time at the maximum of 20% capacity - empty y parking lots and almost no one in hotel during the travel restriction

Pros:
- $21 reasonable across the street self parking
- direct cross the street walk-way to the casino
- one of the cheapest SPG/Bonvoy property in the are (not the best choice - for the same rate better to choose: courtyard marriott down the street)

Cons:
- $40 on site parking (not even a valet)
- NO room upgrade even for Platinum Bonvoy member (not even an upgraded view room)
- NO elite recognition whatsoever

——one of the worse experience for elite member of any four points properties, VERY VERY DISSATISFIED——-

This review is the subjective opinion of a TripAdvisor member and not of TripAdvisor LLC.
seanmcc45
Napanee, Canada
11268
Reviewed 4 weeks ago via mobile
Decent, not great

Super friendly staff, and of course we adjusted our expectations due to covid. We were upgraded to a Jr Presidential suite. I'm not really sure what that meant as it seemed no different than our friends room. Although we did have a fridge. It looked like it had been dropped down the elevator shift and dragged kicking and screaming back up the stairs. We had one chair. No sofa. But the whirlpool tub was nice. Parking? Well.... $50/day at the hotel or $25/day across the street. Both lots empty. Much like the rest of Niagara Falls. Really, you can't drop or waive the fee??!! To sum it up...great staff, not the greatest facilities.

This review is the subjective opinion of a TripAdvisor member and not of TripAdvisor LLC.
TanyaDion
Kingston, Canada
321233
Reviewed 4 weeks ago via mobile
Keeping it Canadian

Booked here for cheap weekend. Used an upgrade for Jr presidential suite.... covid times are sketch... not like the picture. Minimal amenities which is fine.. and expected. Super friendly staff... but seriously...parking 50 bucks day at hotel....25 across street... kind of a joke. This place is empty... Niagara is empty...

This review is the subjective opinion of a TripAdvisor member and not of TripAdvisor LLC.
KrazyKelz21
Toronto, Canada
31
Reviewed October 12, 2020
SAVE YOUR MONEY!!

I bought a Groupon for this hotel this weekend, which came with some coupons for attractions and restaurants. We checked in on Sunday, the arrows on the floor due to COVID precautions were very confusing which cause people to bump into each other. The “A” elevator seemed to be the one elevator in which ever took. We stood there for almost 10mins before an empty elevator could bring us to our floor. Our room was on the 8th floor, City View Double Queen. When we got to our room there was makeup on the pillow, damaged furniture, pink stains on the carpet, dirt stains all over the skirt of the bedding. We immediately called customer service and explained what we witnessed. They told us to come down and we would be switched to another room. So we did, and had to wait another 10mins to get back downstairs. There was a very brief and vague apology, the receptionist switched us to another room on the 10th floor. We went up to the room and i wouldn’t say it was an upgrade other than the beds looked clean.

Shortly after we arrived in the new room we received a phone call from front desk telling us we need to move our car immediately because it was just a temporary space to unload and if we want to keep our vehicle there it’s $50/night. WHAT?! Here I am thinking we are receiving a call to find out how our new room was. Nope, not at all. My husband explained we literally just got into the new room and we haven’t even looked around thoroughly and once we were done we we would move the car to the other parking across the street which they charge $21 for smh.

We went out on the town for a few hours, came back and decided we were hungry so we would use up some of our coupons which included $100 off Ruth’s Chris. We did a review and checked out some prices and it was NOT worth it. First off the rating was 2.3 stars and secondly the $100 coupon was really 80 something dollars plus tax which equaled $100 lol. The menu was 3x more expensive than the regular Ruth’s Chris relocations in the GTA. With such poor ratings we decided it was not worth it and we would try the Outback Steakhouse. We used the room phone to call and inquire, which was a mistake because the hotel charged us for using their phone! Can you believe it? We got charged for making a LOCAL call to a restaurant down the street which was less than 2mins!

After hearing their pricing as well, we decided we were spending way more money using the coupons and we were better off sticking to somewhere we were familiar with.

We ended up ordering Boston Pizza and played a few board games until we fell asleep. Or atleast that’s what we thought. We kept waking up to sounds of teenagers running up and down the halls, yelling, and slamming doors in and out. After 30mins of the same foolishness, the waking of not only ourselves but our 2 children, my husband goes out and tells them to keep it down. And hour later the same thing again. So we can front desk, explain the situation and they claim that they would send up security. Not sure if they really showed up or not, but then noise continued until wee hours of the morning.

The next morning, I was anxious to leave. I was cranky and annoyed because I was looking forward to a mini get away seeing that we’ve pretty much been locked up due to COVID. We packed up our stuff, proceeded to check out when we saw a group of people possible about 6 walking around the hotel without a mask which is supposedly mandatory in public areas of the hotel. No one mentioned anything to them.

When checking out I was given my outstanding balance which was $21 for parking, $1 and change for a 40sec phone call +HST.
I wasn’t asked how my stay was, no “Thank you for staying with us” No type of Hospitality. I feel like they took my money which was not worth it EVEN with the groupon and kicked me on my butt outside the door. I would NEVER EVER stay here again

We recognize your time is valuable and appreciate the feedback you have provided.

Maintaining a clean atmosphere within our guest rooms and common areas is always a key priority, especially during these unprecedented times. On behalf of the entire team at the Four Points by Sheraton Niagara Falls Fallsview, I sincerely apologize for falling short of not only meeting your expectations, but ours as well. Rest assured, the feedback provided will be shared with the appropriate hotel team to ensure we consistently deliver upon guest expectations.

Report response as inappropriateThank you. We appreciate your input.
This response is the subjective opinion of the management representative and not of TripAdvisor LLC.
View more reviews
PreviousNext
12…582