You have reached the cached page for https://news.softpedia.com/news/the-2017-fappening-list-of-celebrities-whose-nude-pics-got-leaked-this-week-517515.shtml
Below is a snapshot of the Web page as it appeared on 1/16/2022 (the last time our crawler visited it). This is the version of the page that was used for ranking your search results. The page may have changed since we last cached it. To see what might have changed (without the highlights), go to the current page.
You searched for: see leaked celebrity icloud photos images 2017 2018 We have highlighted matching words that appear in the page below.
Bing is not responsible for the content of this page.
The 2017 Fappening: List of Celebrities Whose Nude Pics Got Leaked This Week
SOFTPEDIA® NEWS
Softpedia >News >Security
Softpedia Homepage

The 2017 Fappening: List of Celebrities Whose Nude Pics Got Leaked This Week

The Fappening scandal is getting a reboot this year 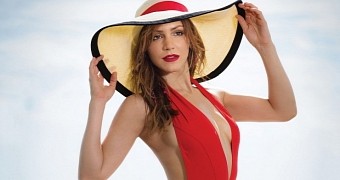 Katharine McPhee is one of the celebs targeted by hackers

The original Fappening scandal that happened in 2014 is getting a new reboot this year, as several celebrities got hacked recently, with their nude photos being posted online this week despite threats of legal action against whoever publishes and helps spread the X-rated content.

After Modern Family star Sarah Hyland got hacked and her nude photos were posted online by an unnamed hacker in July, false claims of an imminent leak involving Kylie Jenner and Victoria Justice also surfaced, though in this case no pics ended up online.

But on Monday, a fresh batch of nude photos went live on a series of websites, with the list of impacted celebrities including former Miss England and Miss Great Britain Danielle Lloyd and American actress Anne Hathaway. No details were provided as to how the hacks happened and how the photos were stolen, but there’s a good chance it all took place through compromised iCloud accounts.

The Fappening started off in 2014 when a hacker managed to access the iCloud accounts of several celebrities, stealing photos that were taken with iPhones and then uploaded to the cloud, either manually or automatically by their devices for backup purposes.

On Tuesday, more celebrities joined this year’s edition of the Fappening, with the list expanding with Lindsey Vonn, Miley Cyrus, Kristen Steward, and Tiger Woods. Furthermore, Miley Cyrus has also been included in a separate photo leak targeting Victoria Secret’s angel Stella Maxwell, the current girlfriend of Kristen Stewart. On Friday, pictures of more stars reached the web, this time with Nicole Scherzinger and Dakota Johnson being seen in X-rated photos.

British media also reports this weekend that 2 different top TV stars in the United Kingdom have appeared in photos published on X-rated websites, though their names were not disclosed.

In most of the cases, the aforementioned celebrities threatened with legal action against whoever posts the pics and helps spread them online, but up to this point, it looks like removing the content from the Internet was impossible, as the photos are still available at the time of publishing this article.