You have reached the cached page for https://www.dailymail.co.uk/tvshowbiz/article-9497389/Tinsley-Mortimer-ditches-engagement-ring-Instagram-split-fiance-Scott-Kluth.html
Below is a snapshot of the Web page as it appeared on 5/5/2021 (the last time our crawler visited it). This is the version of the page that was used for ranking your search results. The page may have changed since we last cached it. To see what might have changed (without the highlights), go to the current page.
You searched for: scott kluth instagram We have highlighted matching words that appear in the page below.
Bing is not responsible for the content of this page.
Tinsley Mortimer ditches her engagement ring in first Instagram since split from fiance Scott Kluth | Daily Mail Online

By Kelby Vera For Dailymail.com

Tinsley Mortimer looked like the single life was serving her well as she shared her first Instagram since news of her split from fiancé Scott Kluth last month.

The Real Housewives Of New York darling, 45, was notably ring free, flashing her slim legs and stunning smile instead of a sparkler.

'Happy in Palm Beach,' the reality star wrote in her Florida vacation snap. 'Love to everyone!!!' 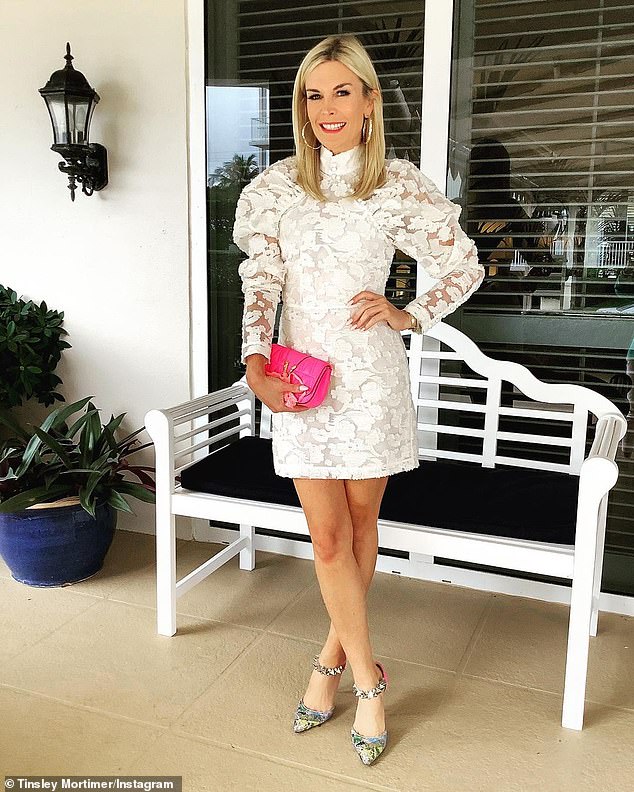 Glowing! Tinsley Mortimer beamed as she showed off her Palm Beach vacation outfit in a new Instagram photo. She appeared without an engagement ring in the snap, which was her first post since their split was rein March

Tinsley was radiant in the snapshot, where she sported a short, white lace dress with long sleeves and a high collar

She got bold with her accessories, adding colorful Christian Louboutin heels and a tiny pink clutch by Versace.

It didn't seem like the Bravo beauty was worrying about her ex Kluth, who reportedly 'blindsided' Mortimer when he broke up with her last month.

'She's on the floor heartbroken and devastated,' an insider told People.

'She left everything for him because she didn't think he'd ever call off the engagement,' the source went on, adding: 'She trusted him that this time was going to be different.' 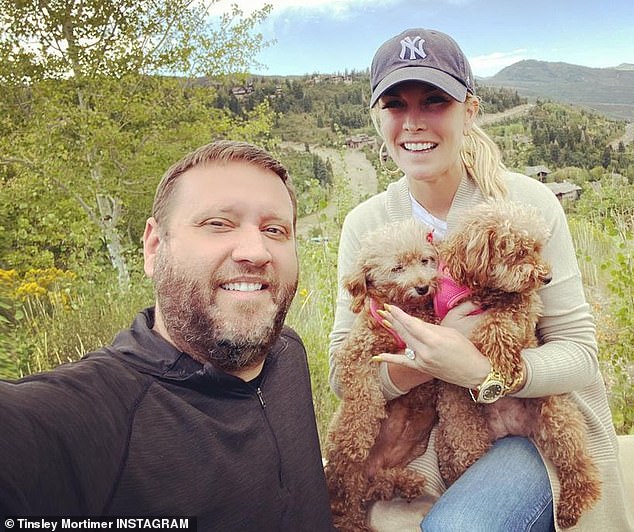 Heartbroken: It didn't seem like the Bravo beauty was worrying about her ex Kluth, who reportedly 'blindsided' Mortimer when he broke up with her last month

But the CouponCabin CEO's camp is telling a different story, who told Page Six he tried to 'communicate' things were over before things sunk in for Tinsley.

'Her perception of when they broke up is clearly different from Scott's, but Scott communicated to her that they were broken up months ago.'

Tinsley seemed utterly devoted to Scott, even leaving her role on RHONY behind to move to Chicago to be with her fiance.

Mortimer reflected on the relationship last year, saying: 'With Scott, so much has happened so fast.'

'I know that if I don't take this moment right now, I will regret it for the rest of my life. I have to listen to myself and what I want and nobody else.' 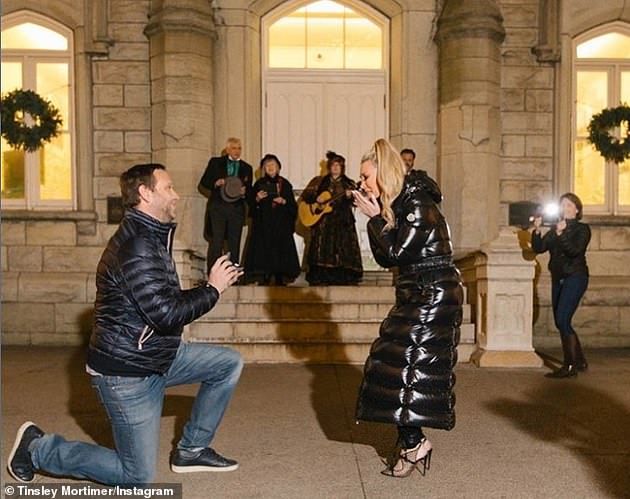 On bended knee: Kluth proposed to Mortimer in November of 2019 on the steps of the Chicago Water Tower

'It's been a great ride and I'm just so happy for where I am right now and for my future,' she said of RHONY.

Mortimer and Kluth were introduced in February of 2017 when Carole Radizwill set the pair up on a blind date.

They dated on-and-off for several year before Scott popped the question in 2019, getting down on one knee on the steps of the Chicago Water Tower while Christmas carolers sang behind them.

Things looked like they were going strong for the couple as recently as February, when Mortimer shared a Valentine's Day tribute to her fiancé and their two rescue dogs Strawberry and Shortcake. 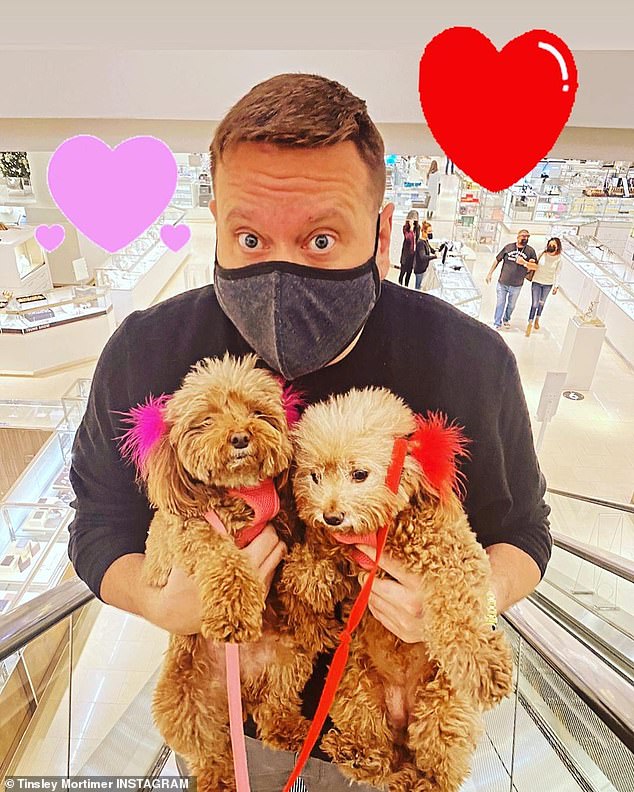 Recently romantic: Things looked like they were going strong for the couple as recently as February, when Mortimer shared a Valentine's Day tribute to her fiance and their two rescue dogs Strawberry and Shortcake