You have reached the cached page for http://news.lalate.com/2009/09/27/samantha-gailey-photos/
Below is a snapshot of the Web page as it appeared on 11/28/2020 (the last time our crawler visited it). This is the version of the page that was used for ranking your search results. The page may have changed since we last cached it. To see what might have changed (without the highlights), go to the current page.
You searched for: samantha gailey geimer We have highlighted matching words that appear in the page below.
Bing is not responsible for the content of this page.
Samantha Gailey PHOTOS!
Connect
To Top
Roman PolanskiSeptember 27, 2009 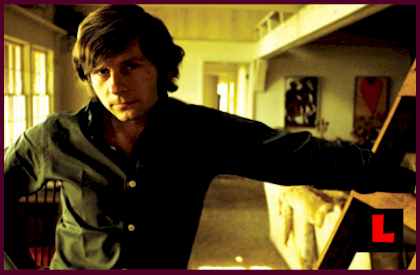 PHOTOS! Here again are pictures and new excerpts of Samantha Gailey’s original statements against Roman Polanski in 1977. Samantha Gailey (now Samantha Geimer) on February 13, 1977 met Polanski at his home at which he indicated he had an interest in photographing her. On February 20, she met him again at his residence to take pictures. Gailey said two rolls of film were taken by Polanski.

Gailey told the Court that Polanski then told her to pose without clothing from the waist up. Gailey said she did not tell her mother about the nature of the photographs after that February 20th meeting. Gailey said then that Polanski asked for her another photography session.

The next encounter would be March 10, 1977 at the Mulholland home of Jack Nicholson. Jack Nicholson was not home at the time but his girlfriend at the time Anjelica Huston was in the house. Gailey said: “We did photos with me drinking champagne.

“Toward the end it got a little scary, and I realized he had other intentions and I knew I was not where I should be. I just didn’t quite know how to get myself out of there.” In 2003, Geimer said she told Polanski “no” several times and he refused. “I said no several times, and then, well, gave up on that.”

Huston would give a statement to investigators. On March 24, 1977, Gailey would give testimony before a grand jury. Polanski would be arrested, pleaded guilty to one count of relations with Gailey. But before his sentencing hearing, Polanski fled. An arrest warrant was issued.

In January 2009, Polanski sought to have the charges dropped. Polanski was never sentenced but the judge in his case, now deceased, had indicated 42 days in jail to 90 days in jail as possible ruling.

Greimer, now 45, told the court in a written statement this January that she has long opposed to the continuation of this matter “If Polanski cannot stand before the court to make this request, I, as the victim, can and I, as the victim do. I have urged that this matter come to a formal legal end. I have urged that the district attorney and the court dismiss these charges.” She added “… I am no longer a 13-year-old child. I have dealt with the difficulties of being a victim, have surmounted and surpassed them with one exception.

“Every time this case is brought to the attention of the Court, great focus is made of me, my family, my mother and others. That attention is not pleasant to experience and is not worth maintaining over some irrelevant legal nicety, the continuation of the case.” Geimer long ago came public with her identity. Geimer is today 45 and married with three children. Geimer nor Polanksi has yet issued a statement Sunday.

ABOUT THIS AUTHOR || Editor in Chief: Maria Stabile | Maria in ten years has propelled LALATE to become a leading news authority in sports, entertainment, and national news, LALATE has been cited in countless international newspapers (including the Wall Street Journal, New York Times and LA Times), international television news broadcasts including ABC News, books including The Iraq War: Origins and Consequences, tv programs including MTV News, and magazines. For over a decade, LALATE has been a proud licensed member of the St Louis, MO Press Club. || TO CONTACT THIS AUTHOR | Email Address: mstabile@lalate.com | Telephone: 314-400-8010 | Follow on Twitter: Twitter.com/LALATE | Biography: http://news.lalate.com/author/maria-stabile/ | LALATE Staff & Physical Address: http://news.lalate.com/staff/