You have reached the cached page for https://www.dailymail.co.uk/tvshowbiz/article-7985351/Oscars-2020-Sam-Mendes-cosies-wife-Alison-Balsom-red-carpet.html
Below is a snapshot of the Web page as it appeared on 10/29/2020 (the last time our crawler visited it). This is the version of the page that was used for ranking your search results. The page may have changed since we last cached it. To see what might have changed (without the highlights), go to the current page.
You searched for: sam mendes wife We have highlighted matching words that appear in the page below.
Bing is not responsible for the content of this page.
Oscars 2020: Sam Mendes and Alison Balsom hit red carpet | Daily Mail Online

Oscars 2020: Best Director nominee Sam Mendes looks dapper in black suit as he cosies up to wife Alison Balsom on the red carpet

By Sean O'grady and Baz Bamigboye For Mailonline

He is one of Hollywood's most acclaimed film directors with a host of hits to his name.

And Sam Mendes looked in good spirits as he walked the red carpet with his wife Alison Balsom at the 92nd annual Academy Awards at the Dolby Theatre in Los Angeles on Sunday.

The director, 54, looked dapper for the show where is is nominated for Best Director and Best Original Screenplay for his work on 1917. 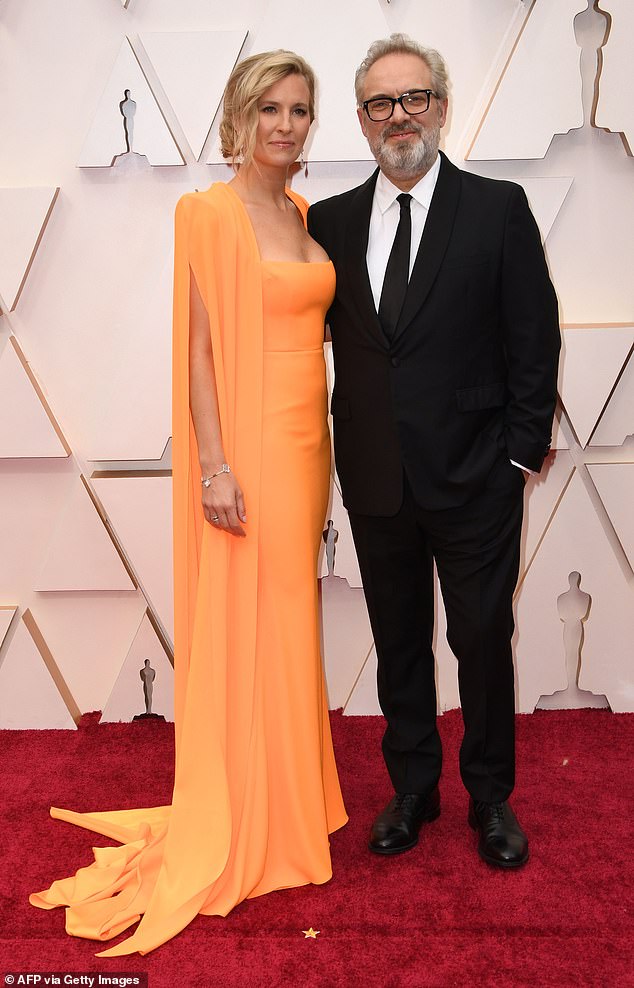 Dapper: Sam Mendes, 54, walked the red carpet with his wife Alison Balsom, 41, at the 92nd annual Academy Awards at the Dolby Theatre in Los Angeles on Sunday

Sam wore a black blazer with a matching trousers and tie along with a crisp white shirt for the show.

Alison, 41, looked radiant as ever on the red carpet where she wore an eye-catching orange gown.

The musician paired it with a matching shawl with structured shoulders while she styled her blonde locks into an updo.

Meanwhile, Krysty Wilson-Cairns who co- wrote 1917 with Sam and who is nominated for her first Academy Award joked that she had always dreamed of attending the awards 'but it's like going through an airport.' 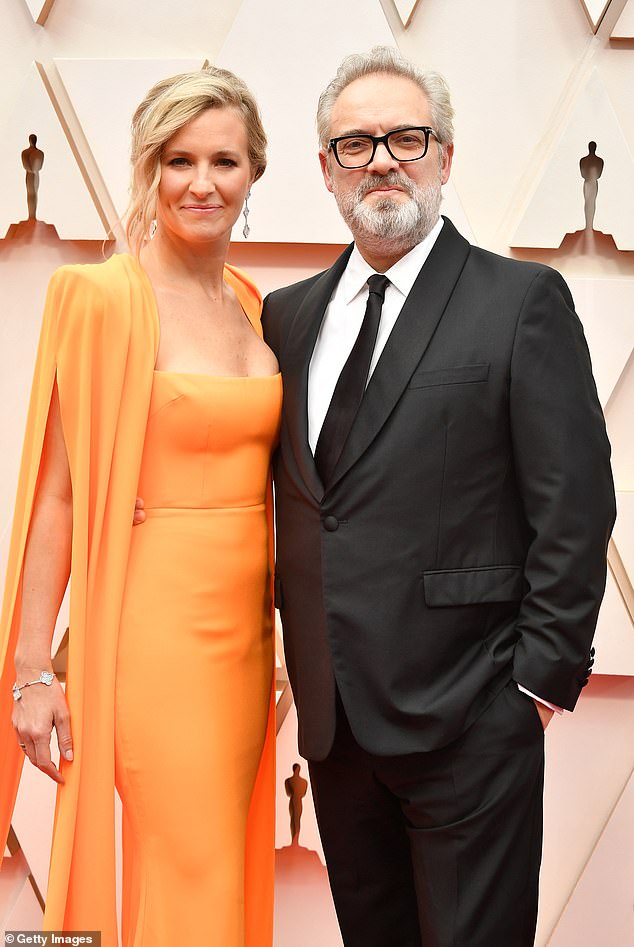 Nominee: The director looked dapper for the show where is is nominated for Best Director and Best Original Screenplay for his work on 1917

She explained that she hadn't expected metal detectors and the mega level of security.

'It makes sense though! Once you get through and you're on the red carpet it's wonderful ,' she said.

Jonathan Pryce who plays Pope Francis in The Two Popes said he was 'delighted to find that the Oscars aren't as crazy in real life. It's my first time here. When I've watched on television in the past it looked like bedlam but it's not bedlam.'

He remarked that he feels at home because he has worked in the past with the likes of Al Pacino and a Robert De Niro who were attendees at the ceremony.

Meanwhile, Florence Pugh has received her first Oscar nomination for her performance as Amy in Greta Gerwig's adaptation of Little Women. 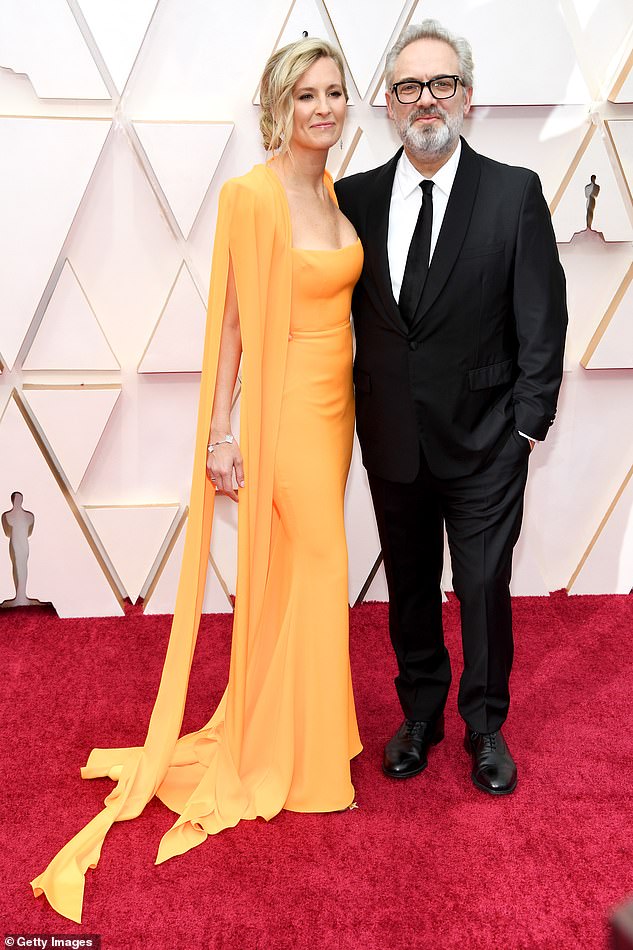 Suave: Sam wore a black blazer with a matching trousers and tie along with a crisp white shirt for the show

The Oxford-born actress, 24, is up against the likes of Laura Dern for Marriage Story, Scarlett Johansson for Jojo Rabbit, Margot Robbie for Bombshell and Kathy Bates for Richard Jewell.

Welsh actor Jonathan Pryce, 72, is also nominated for his first Academy Award for his role as Pope Francis in The Two Popes.

Fellow Welsh icon Anthony Hopkins, 82, will be hoping to pick up his second Oscar for his role as Pope Benedict XVI in the film, for which he is recognised in the Best Supporting Actor category.

He will battle Brad Pitt (Once Upon A Time In Hollywood), Tom Hanks (A Beautiful Day in the Neighborhood), Al Pacino, The Irishman and Joe Pesci (The Irishman.)

He faces off against multiple-award winner Joaquin Phoenix for Joker, Leonardo DiCaprio for Once Upon A Time In Hollywood, Adam Driver for Marriage Story and Antonio Banderas for Pain & Glory.

Cynthia Erivo is nominated for an Oscar for Best Actress for the film Harriet, in which she plays Harriet Tubman, the 19th-century abolitionist and American icon.

British Nigerian Cynthia, 33, who hails from Stockwell, London, will battle it out with awards-season favourite Renee Zellweger for Judy, Saoirse Ronan for Little Women, Charlize Theron for Bombshell and Scarlett Johansson for Marriage Story. 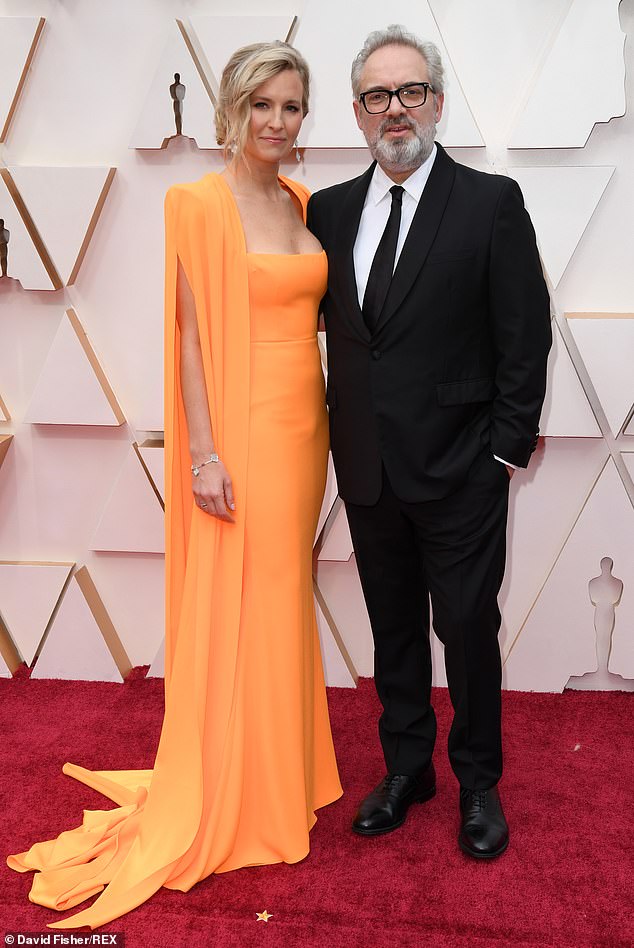 Stunning: Alison looked radiant as ever on the red carpet where she wore an eye-catching orange gown

Cynthia is the only person of color in the acting lineup that has renewed the #OscarsSoWhite furore despite four years of efforts to diversify the academy's membership.

While dark comic book movie Joker goes into the ceremony with a leading 11 nominations, it's the immersive British World War One movie 1917 that has emerged as the film to beat in the best picture race after winning a slew of accolades in the last five weeks.

The best director category, a controversially all-male affair, is equally hard to call according to Oscar pundits, with a lineup featuring Sam (1917), Martin Scorsese (The Irishman), Todd Phillips (Joker), Quentin Tarantino (Once Upon A Time In Hollywood) and Bong Joon Ho (Parasite).

Sam last picked up the Best Director gong in 2000 for American Beauty. 1917 has received 10 nominations including in the revered Best Picture category.

Yet a win for 1917 is far from a foregone conclusion, with South Korean social satire Parasite and sentimental favorite Once Upon a Time in Hollywood from Quentin Tarantino also jostling for attention from the 8,000 voters of the Academy of Motion Picture Arts and Sciences.

Joaquin Phoenix has dominated best actor prizes for his terrifying portrayal of an isolated loner in Joker, while Renee Zellweger seems to have locked up best actress for playing an aging Judy Garland in Judy. 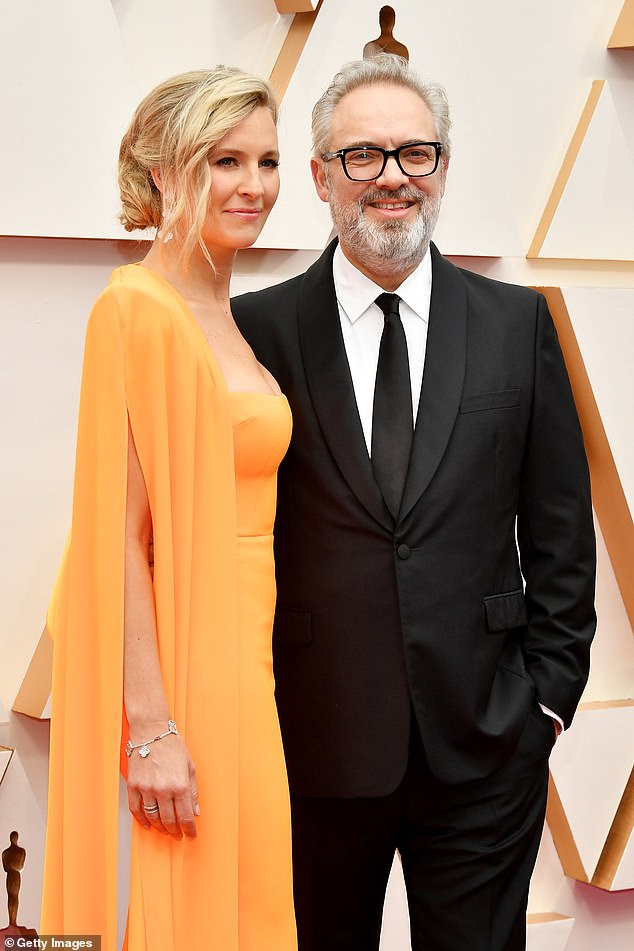 Fashion: The musician paired it with a matching shawl with structured shoulders while she styled her blonde locks into an updo