You have reached the cached page for https://www.imdb.com/name/nm0800219/
Below is a snapshot of the Web page as it appeared on 11/23/2021 (the last time our crawler visited it). This is the version of the page that was used for ranking your search results. The page may have changed since we last cached it. To see what might have changed (without the highlights), go to the current page.
You searched for: rowena king actress biography death We have highlighted matching words that appear in the page below.
Bing is not responsible for the content of this page.
Josette Simon - IMDb

Build your Watchlist with the most anticipated sci-fi and fantasy movies and TV shows coming your way.

4 Netflix Food Shows to Stream With Your Family 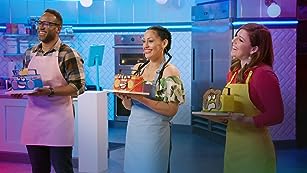 Check out these four Netflix food shows to bring together your whole family this holiday season.

How much of Josette Simon's work have you seen?

In 1990, she was awarded the London Evening Standard Theatre Award and the London Critics Circle Theatre Award for Best Actress in a Drama for her performance in Arthur Miller's play, "After the Fall.". See more »
Getting Started | Contributor Zone »