You have reached the cached page for https://news.softpedia.com/news/Resident-Evil-5-Might-Be-Possible-on-the-Wii-After-All-116245.shtml
Below is a snapshot of the Web page as it appeared on 10/21/2020 (the last time our crawler visited it). This is the version of the page that was used for ranking your search results. The page may have changed since we last cached it. To see what might have changed (without the highlights), go to the current page.
You searched for: resident evil 5 wii possible We have highlighted matching words that appear in the page below.
Bing is not responsible for the content of this page.
Resident Evil 5 Might Be Possible on the Wii After All
SOFTPEDIA® NEWS
Softpedia >News >Games >Nintendo
Softpedia Homepage

Resident Evil 5 Might Be Possible on the Wii After All 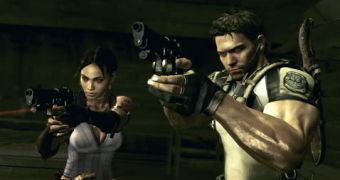 Capcom is one of the biggest Japanese video game companies currently active in the field. The large corporation has a lot of profitable franchises, but leading the group is its action-survival series Resident Evil, which has seen its latest full title, Resident Evil 5, appear on the PlayStation 3 and Xbox 360.

But, while the higher-end platform got its taste of some new adventures in the RE universe, Wii owners were left only with the promise of an on-rails shooter in the form of Resident Evil: The Darkside Chronicles, which hasn't even received a concrete release date from the Japanese company.

Despite the fact that this new title will appear, some fans kept speculating about a port of Resident Evil 5 for the Nintendo Wii, as the last full-pledged game, RE4, also appeared for the Nintendo platform. Now, in order to settle these rumors once and for all, Capcom's Masachika Kawata has revealed that, although it might be possible, it is unlikely for the recent title to appear on the Wii.

“Hypothetically speaking, the Resident Evil 4 engine would work perfectly for replicating the gameplay but we would never be able to recreate the graphical quality,” Kawata says. “A gun shooting game like Darkside Chronicles makes much more sense for Wii so, in short, Resident Evil 5 Wii Edition isn't likely to happen.” Having said that, Kawata has surprised us with the quality of graphics in Darkside Chronicles, so it may actually be possible after all.

So, there you have it, Resident Evil fans, while it isn't extremely possible, a Wii version of RE5 can, in fact, be made. Hopefully, though, Capcom will set the record straight in the near future and say just what we can or cannot expect from it, instead of relying on ambiguous statements that don't really say a lot of new things.