You have reached the cached page for https://bloody-disgusting.com/editorials/3516243/playstation-2-horror-games/
Below is a snapshot of the Web page as it appeared on 3/5/2021 (the last time our crawler visited it). This is the version of the page that was used for ranking your search results. The page may have changed since we last cached it. To see what might have changed (without the highlights), go to the current page.
You searched for: ps2 survival horror list We have highlighted matching words that appear in the page below.
Bing is not responsible for the content of this page.
[Retro Collection] Must Play PlayStation 2 Horror Games - Bloody Disgusting 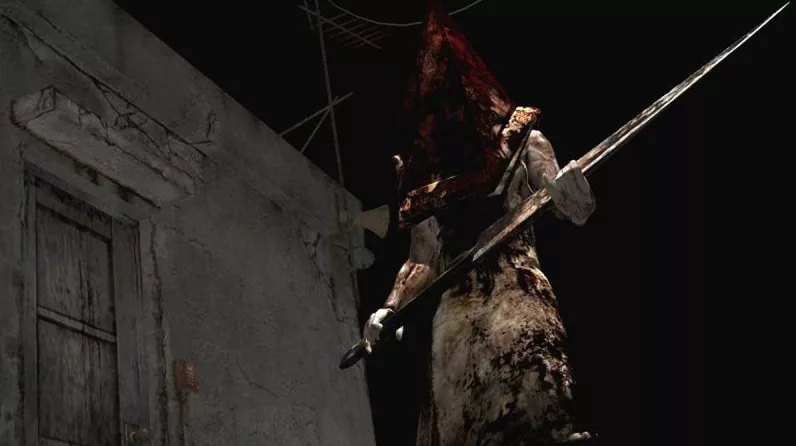 Horror may have kicked off big time on the original PlayStation, but the scope of it really grew by the time Sony’s second console entered the fray.

Sequels to the classics of the previous generation were joined by new takes on those winning concepts, resulting in one of the best generations for horror video games, and many of them found a home on the PlayStation 2.

We’ve put together a list of the most essential PlayStation 2 horror games. They aren’t always the best in technical terms, but they are the most interesting, inventive examples from a console that had plenty.

Rockstar courted controversy fairly often during this time period. Manhunt perhaps pushed buttons just that little bit harder than any of its previous work. It’s also the most thoughtful examination of violence to come from the company.

Convicted murderer James Earl Cash is supposedly executed in the game’s opening but awakes to find himself the reluctant star of Lionel Starkweather’s sordid snuff film project. If Cash is to survive, then he’ll have to murder the roaming psychos on the streets of Carcer City in order to satisfy Starkweather.

There’s more than a touch of John Carpenter to Manhunt (the soundtrack and the atmosphere mainly), mixed with 80’s gore-fests and just a smidgen of The Warriors (which Rockstar would go on to make into a game).

The focus on Cash’s hunt-or-be-hunted struggle presents a world where violence is one of two choices. The other is to simply give up. Cash isn’t killing because he wants to or is paid to, he’s doing it as the only realistic means of escape and defense. The sequel misses that point entirely and instead becomes the shock-seeking, soulless poison its predecessor was accused of being.

The mechanics haven’t aged well, but they’re just tolerable enough to push past and enjoy that grim atmosphere.

What list of PlayStation 2 horror games would be complete without a trip to Silent Hill?

You’d find little argument against Silent Hill 2 being considered among the greatest horror games of all time. Where Resident Evil went for jump scares, gore, and melodrama (which worked beautifully for that series), Silent Hill began as the more cerebral brand of survival horror, and Silent Hill 2 represents the very best of that.

James Sunderland heads to the town of Silent Hill after a letter from his wife shows up in his mail and asks him to come there. His wife, however, is supposed to be three years dead. James soon discovers Silent Hill is no ordinary town and some seriously messed up things occur.

Silent Hill 2’s writing and environmental storytelling are among the best examples in all of video games, let alone horror. This psychological horror tale is brimming with metaphor (even now, to say what those metaphors are feels like spoilers) and features some of the most magnificently hideous monster design you’ll see.

The PlayStation 2 version is definitely the place to go if you want to experience Silent Hill 2, as lost game code means the PS3/Xbox 360 remaster is a sad mess. If you have a PS2 copy, treasure it.

The Fatal Frame series deserves far more attention than it’s got (Meagan Navarro had a retrospective look at it earlier this year). While the gaming world obsessed with monsters, Tecmo’s series focused on the paranormal, in particular, the capture of spirits.

Fatal Frame II sees twin sisters Mio and Mayu Amakura as they wander around the abandoned Minakami Village. Whilst there they encounter spirits who decide the pair will make fine vessels for ritual sacrifice.

Lucky for the girls they have an enchanted camera that damages ghosts. The Camera Obscura is the big hook to Fatal Frame series. It can be used to vanquish apparitions and find clues (both denoted by a glowing filament in the top corner of the screen) as well as find helpful items.

In Fatal Frame II the damage you do to ghosts varies depending on position, timing, and proximity. It’s a stupendously well-implemented system that is a major part of what makes Fatal Frame II such a unique experience when compared to other titles on this list.

Soul Reaver and its protagonist Raziel get the most love where the Legacy of Kain series is concerned, but Blood Omen 2 deserves more exposure.

This alternate history sequel ignores the events of Soul Reaver and begins a new timeline where Kain is on the brink of building his vampiric empire, but he must take down the Hylden vampire hunters (the Sarafan) that oppress the land of Nosgoth.

He does this by murdering the elite soldiers who betrayed him, effectively drinking their power to gain new abilities. This is done to help him gain vengeance against the Sarafan Lord who bested him in combat.

There’s melodrama and Gothic vampire chic laid on so thick here you could use it for the foundations of a house, and that fits Kain so perfectly as a character. A vile, cruel bastard of a vampire who is far from the hero he believes himself to be.

One of the most beautiful mistakes in video game history. What started as a Resident Evil game instead shifted into a hack n’ slash action title that was both cool as a cucumber and dumb as a bag of hammers.

Devil May Cry and its protagonist Dante oozes charisma like his foes do blood. His silky-smooth combat (combos with twin pistols and a ruddy great sword tend to help) and a dorkiness that gives off an air of a schlocky 80’s action horror are key components of his scuzzy charm. That Dante can pull off the cocky badass facade whilst delivering lines like ‘’Flock off feather face, or stick around and find out the hard way’’ to a giant demon bird says all you need to know about how special a treat Devil May Cry is, even now.

The monster design is a major highlight. From a huge lava-infused scorpion to the creepy marionette puppets carrying blades, there’s an eerie Gothic vibe to the world of Devil May Cry, and even when it is outlandish, it remains consistent.

Shame about that sequel though.

Japanese developers really had a stranglehold on quality horror on PlayStation 2. To the point that something as creepy and menacing as Forbidden Siren 2 gets forgotten a little too easily. The Siren series is about survival horror via stealth. You take various protagonists through their own scenario where they must avoid the monsters that stalk the cursed Yamijima Island during a blackout.

They achieve this with a rather unique ability called ‘sightjacking’ that allows you to see through the eyes of the monsters (who are actually possessed humans) and use that to determine when they can best skedaddle from their hiding spot.

Forbidden Siren 2 is the best example of the series on PS2 (the episodic Siren on PS3 probably edges it overall). It fixes the key issues of the first (namely the fiddly nature of sightjacking) and feels like an evolution of the vulnerable side to survival horror Clock Tower made work before it.

As with Silent Hill 2, it would be simply absurd not to include Resident Evil 4 on a list of PlayStation 2 horror games. It’s one of the best in its own series and easily the best on PS2.

A near-total overhaul of the popular survival horror template Resident Evil 4 re-lit the fire under the franchise (which wasn’t exactly doing all that bad at that point) and spawned a whole new raft of titles inspired by its changes.

Whether it’s the set-pieces (Boulder-chase! Chainsaw! Knife Fight! House Siege!) or the memorable characters both human and inhuman (or y’know…giant statue), Resident Evil 4 is a tour-de-force action horror filled with invention.

Though a bit less of the babysitting would be nice.

While many games from this era tried to go grimdark as possible to cater for an audience more than willing to lap it up, it was very often poorly-conceived and/or ill-fitting (even the Prince of Persia couldn’t escape).

Not so for The Suffering. This was a game that didn’t hold back its depravity and gore, and it was all quite cohesive too!

You play as death row prisoner Torque, trapped in Abbott State Penitentiary after an earthquake somehow unleashes supernatural forces. Torque has to fight off not only the new horrors created by this incident but struggle with his own personal demons.

The Suffering was an early proponent of the morality system. Torque’s actions affected the ending you got, essentially determining the true story of the murders he’s supposed to have committed.

In a world saturated in plodding survival horror, The Suffering’s faster-paced combat and gung-ho shooting felt at odds with the trends of the day, but if anything, it was a refreshing change.

The monster design was inspired too. Enemies were inspired by different forms of execution, from hanging to firing squad (and perhaps best with the lethal injection avatars known as mainliners).

It doesn’t quite gel as well as you’d hope, but this slice of gritty, gory and adult horror is still worth investigating as part of the history of PlayStation 2 horror games.

What’s this? A sort-of-family-friendly horror game? By Capcom? That is indeed what Gregory Horror Show is and it is a macabre delight.

Based on the CGI anime of the same name, Gregory Horror Show focuses on a hotel called Gregory House where the player character must retrieve the bottled lost souls of guests through a variety of inventive means. Do that and Death will help you escape the hotel. Yeah, it’s that kind of game.

What really sells Gregory Horror Show is its characters and the dark stories behind them. Among the character highlights are bedraggled hotel manager Gregory (who is a mouse) and the stitched-together punk cat Neko Zombie.

As for the stories? The blocky, colorful aesthetic hides a wickedly dark side. The ending alone is pretty damn bleak, yet still manages to find an odd warmth in it.

Gregory Horror Show really something worth seeking out if you want something different from your PlayStation 2 horror games. Just keep in mind it never got a North American release (Japan and Europe only in fact), so it may be a little tougher to experience than the others on this list.

“Kingdom: Ashin of the North”: Special Episode of the Netflix Zombie Series on the Way This Year