You have reached the cached page for https://endtimeheadlines.org/2020/12/pope-francis-could-fulfill-final-piece-of-900-year-old-doomsday-prophecy/
Below is a snapshot of the Web page as it appeared on 7/16/2021 (the last time our crawler visited it). This is the version of the page that was used for ranking your search results. The page may have changed since we last cached it. To see what might have changed (without the highlights), go to the current page.
You searched for: pope francis iraq prophecy We have highlighted matching words that appear in the page below.
Bing is not responsible for the content of this page.
Pope Francis could fulfill final piece of 900-year-old doomsday prophecy
Advertisement 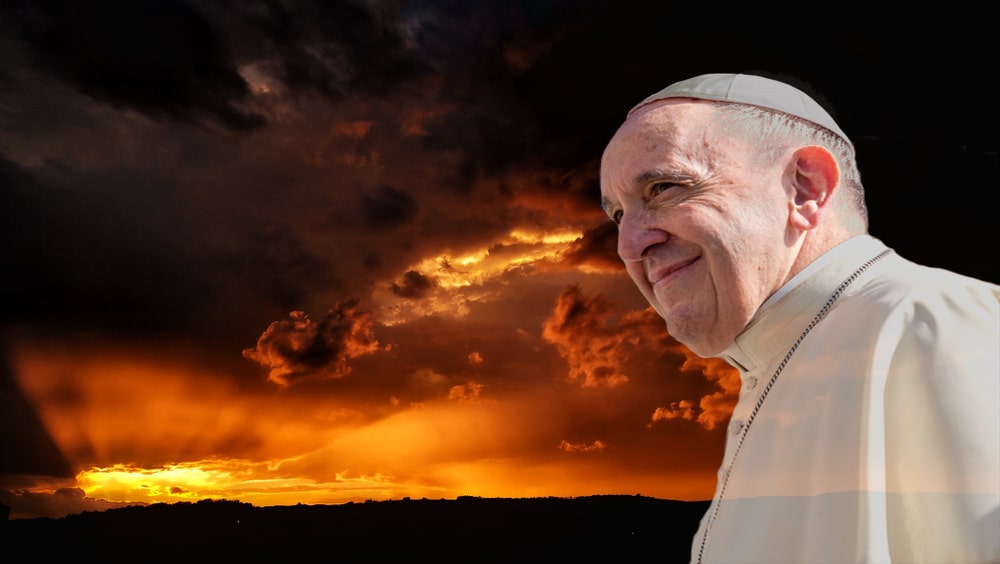 (OPINION) Express – Pope Francis could fulfill what would be the final piece of a 900-year-old doomsday prophecy this year, according to a source close to the Vatican leader. After all his overseas visits were canceled due to the pandemic, the Pope is set to make what will be his first trip in more than a year.

Vatican spokesman Matteo Bruni said the Pontiff will visit Baghdad, Iraq’s capital, and Ur, a city linked to the Old Testament figure of Abraham. The 83-year-old will also head to Erbil, Mosul, and Qaraqosh in the Nineveh plains, during his trip in March 2021. But some do not expect it to happen.

Francis took over the papacy in 2013, following the resignation of Pope Benedict XVI – a controversial move and the first of its kind in more than five centuries. And a source close to the Church claimed he could do the same thing. Austen Ivereigh, the former Director for Public Affairs of the previous Archbishop of Westminster – Cardinal Cormac Murphy-O’Connor – claimed:

“I don’t think there’s ever been any doubt that he will resign in 2020. “He made clear from the beginning that he regarded Pope Benedict’s (XVI) act as a prophetic act of great modesty and he would have absolutely no problem in doing the same.” Mr Ivereigh pointed out a speech made by the Pope where he said he would have “a short papacy of about five years”.

But the writer added: “What I’m hearing now from people close to him is that he’s going to need seven years to achieve his five-year plan and that, of course, would mean staying on until 2020.” The prospect of his resignation will no doubt leave some concerned as it could apparently fulfil a 900-year-old prophecy made by 12th-century Archbishop Saint Malachy. READ MORE

The Daily Express is a daily national middle-market tabloid newspaper in the United Kingdom. It is the flagship of Express Newspapers, a subsidiary of Northern & Shell. It was first published as a broadsheet in 1900 by Sir Arthur Pearson. Its sister paper, the Sunday Express, was launched in 1918.

TOP STORIES OF THE DAY

Please support this website by adding us to your whitelist in your ad blocker. Ads are what helps us bring you premium content! Thank you!