You have reached the cached page for https://www.dailymail.co.uk/news/article-3824852/Size-12-not-average-UK-just-lots-women-overweight-doesn-t-make-right-Labour-councillor-s-demanding-Flenty-Fish-dating-profile-goes-viral.html
Below is a snapshot of the Web page as it appeared on 1/13/2020 (the last time our crawler visited it). This is the version of the page that was used for ranking your search results. The page may have changed since we last cached it. To see what might have changed (without the highlights), go to the current page.
You searched for: plenty of fish dating check mail We have highlighted matching words that appear in the page below.
Bing is not responsible for the content of this page.
Labour councillor’s demanding Plenty of Fish dating profile goes viral  | Daily Mail Online

‘Just because lots of women are overweight doesn’t make it right’: Labour councillor faces backlash over Plenty of Fish dating profile that demands his date must be Catholic, not tattooed, and DEFINITELY not a size 12 or bigger

By Alex Matthews For Mailonline

A Labour councillor has posted a demanding dating profile online where he accuses women of being 'overweight' and says if they have children he is not interested.

Dan Fleming, who represents the Burnley Wood ward in Lancashire, posted a long list of romantic requirements on a 442-word profile.

On his list, Dan declares that tattoos on women are 'disgusting' and that the girl of his dreams must have more to talk about than just 'shopping'. 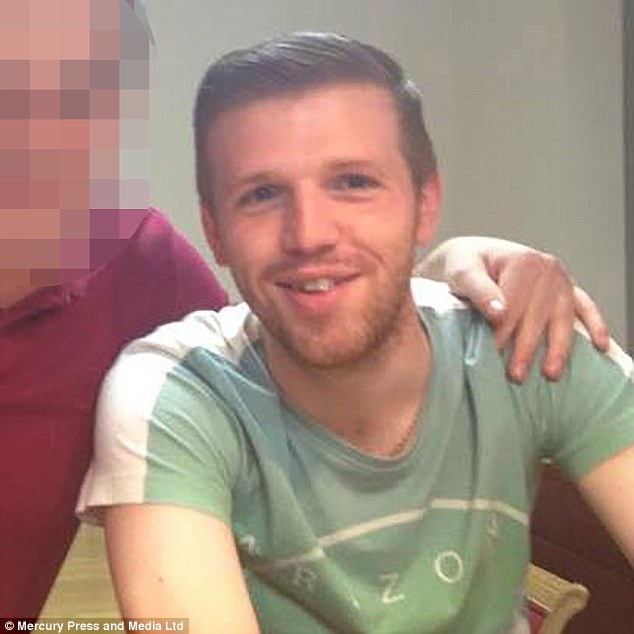 Dan Fleming, who represents the Burnley Wood ward in Lancashire, posted a list of romantic requirements on a long 442-word Plenty of Fish profile

The councillor claims that he wrote the 'light-hearted' list after being stung by a deceptive dater in the past.

While Dan reassures that his profile is a bit of fun, not everyone has felt the same way with some women finding his requirements offensive.

Dan, from Burnley, said: 'It probably is a bit extreme but it's all light hearted.

'I've been speaking to a few women about my profile and some have been a bit offended, one asked if I was deliberately trolling women, which of course I'm not.

'Those I have exchanged a few messages about it with have just had a bit of banter about it.

'Online dating is hard but it's all meant as being light hearted - it's hard to interpret what someone is saying online than if you are having a conversation.'

One of the more controversial passages in the profile is on his demands for a woman's weight and shape.

Dan writes: 'Slim (no excuse ladies, at our age, we should be in our prime). I may budge if you're really pretty and willing to let me whip you into shape by sharing my athletic lifestyle.

'Size 12+ is not for me, you may be average in the UK, but just because lots of women are overweight, doesn't make it right.. Too much greed & indulgence in this country.'

Bachelor Dan said he penned the profile and included the unusual opening on his profile to 'be a bit different'.

Dan said: 'It was a social observation more than anything. I'm not saying all women do that but I actually got the idea from reading a lot of women's profiles. 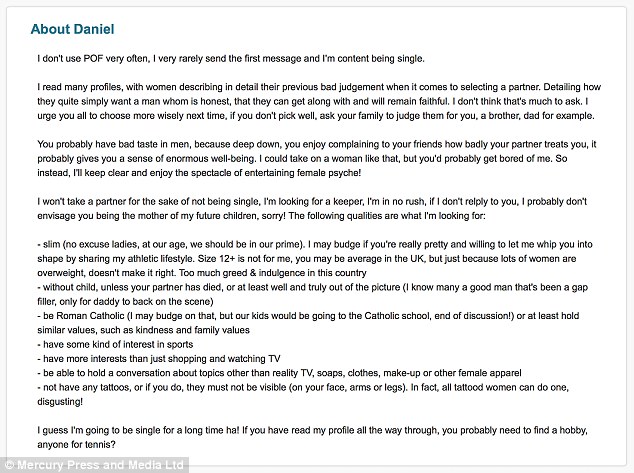 Pictured: Dan's  post which accused women of being 'overweight' and said his ideal girlfriend would need to talk about more than just 'shopping'

Dan claims he was stung on one POF date he went on after meeting up at Starbucks in Preston, in August.

He said he met up with a woman who didn't match her online dating profile pictures.

Dan said: 'She didn't look anything like she did in her photos.

'I'd arrived half an hour early and went to the toilet to freshen up and there was this great big woman.

'I thought she was a member of staff and then she said 'are you going to the toilet first? I'll go sit down and wait for you'.

'When I realised who she was I was really embarrassed and I think she was as well.

'There are a lot of big people out there nowadays - both men and women. I'm slim and athletic.

'I'm happy enough if I get married to a slim, beautiful woman and she puts some weight on after having kids - I wouldn't really care.

'I just think your body is a reflection of yourself and your lifestyle.'

Dan not only wants to ensure his future partner is a size 12 or less, but also that she has unblemished skin. 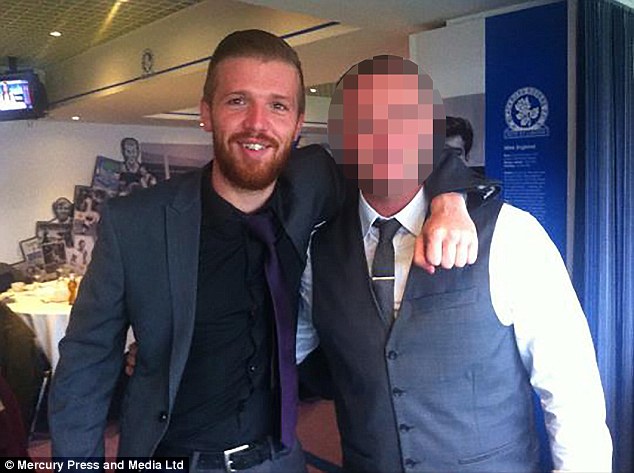 He said: 'I'm old-fashioned when it comes to tattoos. I know employers nowadays are starting to come round to hiring people with visible tattoos.

'For me it's not a visual thing but more of a brain thing.

'If they've got a visible tattoo they're being short-sighted and not looking far enough into the future - they're not envisioning themselves in 50 years' time.'

Looks aside, Dan also has strong opinions on family life including taking on the responsibility of someone else's child and how the biological child would fit into their family.

Dan said: 'I've not experienced it myself but I've had friends who have experienced being a 'gap filler' only for the child's father to be back on the scene.

'There are a lot of single mums on POF - I'm getting older so it's to be expected.

'I'd be worried if I were to fall in love and have a baby and family - how could you trust someone who's done that with someone else?

'Every situation is different I guess but I wouldn't entertain anyone who has been divorced.

I don't use POF very often, I very rarely send the first message and I'm content being single.

I read many profiles, with women describing in detail their previous bad judgement when it comes to selecting a partner. Detailing how they quite simply want a man whom [sic] is honest, that they can get along with and will remain faithful. I don't think that's much to ask. I urge you all to choose more wisely next time, if you don't pick well, ask your family to judge them for you, a brother, dad for example.

You probably have bad taste in men, because deep down, you enjoy complaining to your friends how badly your partner treats you, it probably gives you a sense of enormous well-being. I could take on a woman like that, but you'd probably get bored of me. So instead, I'll keep clear and enjoy the spectacle of entertaining female psyche!

I won't take a partner for the sake of not being single, I'm looking for a keeper, I'm in no rush, if I don't relply [sic] to you, I probably don't envisage you being the mother of my future children, sorry! The following qualities are what I'm looking for:

- slim (no excuse ladies, at our age, we should be in our prime). I may budge if you're really pretty and willing to let me whip you into shape by sharing my athletic lifestyle. Size 12+ is not for me, you may be average in the UK, but just because lots of women are overweight, doesn't make it right.. Too much greed & indulgence in this country

- Without child, unless your partner has died, or at least well and truly out of the picture (I know many a good man that's been a gap filler, only for daddy to back on the scene)

- Be Roman Catholic (I may budge on that, but our kids would be going to the Catholic school, end of discussion!) or at least hold similar values, such as kindness and family values

- Have some kind of interest in sports

- Have more interests than just shopping and watching TV

- Be able to hold a conversation about topics other than reality TV, soaps, clothes, make-up or other female apparel

- Not have any tattoos, or if you do, they must not be visible (on your face, arms or legs). In fact, all tattood [sic] women can do one, disgusting!

I guess I'm going to be single for a long time ha! If you have read my profile all the way through, you probably need to find a hobby, anyone for tennis?

'At the end of the day you've made a promise to live with someone for the rest of their life.

'How could you trust someone [who had]? I personally couldn't.'

Despite claiming he's happy being single, Dan admitted that as time marches on he may need to reassess his criteria.

Dan said: 'Thinking I'll find someone who matches everything I'm looking for isn't realistic - I think I would be very lucky if I did, especially as at my age all the best ones are taken.

'I'm nearly 30 so I'm down to slim pickings unfortunately.

'I definitely suffer with that and being too stubborn to message first, I often get the less desirable ones chatting to me.

'But it's not always the case - I've shared messages with some really nice and pretty young ladies too.

'Thankfully I'm content with my own company, I've given up hope of ever finding the right person.

'I'll probably just plod along as I am for as long as possible, then when I'm old and lonely, less attractive and less shallow, I'll just grab anyone that I can get along with, even if it's just for companionship.'

POF were approached for comment but have yet to respond.