You have reached the cached page for https://www.bloomberg.com/news/articles/2016-10-24/dinner-at-martha-s-vineyard-sparked-at-t-s-deal-for-time-warner
Below is a snapshot of the Web page as it appeared on 5/4/2021 (the last time our crawler visited it). This is the version of the page that was used for ranking your search results. The page may have changed since we last cached it. To see what might have changed (without the highlights), go to the current page.
You searched for: peter chernin and at&t deal We have highlighted matching words that appear in the page below.
Bing is not responsible for the content of this page.
Dinner at Martha’s Vineyard Sparked AT&T’s Time Warner Deal - Bloomberg Skip to content
deals 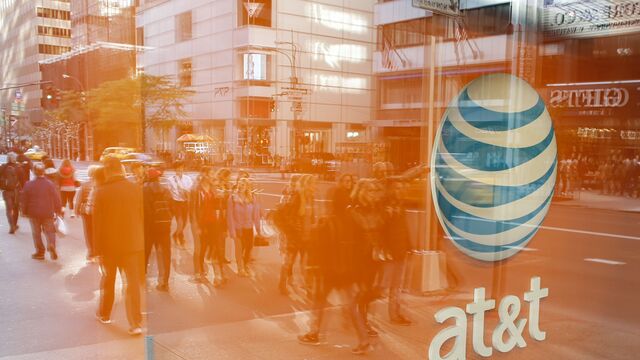 AT&T-Time Warner and the Dawn of 'TV Everywhere'

Chernin and AT&T CEO Randall Stephenson met over dinner on Martha’s Vineyard in early August as guests of Glenn Hutchins, a board member at the phone company and co-founder of private equity firm Silver Lake, Stephenson said Sunday in an interview. Earlier, Chernin had met with Gary Ginsberg, an executive vice president of Time Warner and close associate of CEO Jeff Bewkes, according to a person with knowledge of the matter who asked not to be named discussing private conversations.

“Chernin was the one who first got me to appreciate the library that this company owns,” Stephenson said. “There’s nothing like it. And that’s when I got it in my mind that these two companies could work together.”

Already partners in an online media venture, Stephenson and Chernin, a former deputy to media mogul Rupert Murdoch, had discussed the changes sweeping their industries. The growth of online and mobile viewing was a huge threat to pay-TV operators, like AT&T’s DirecTV. What Stephenson hadn’t considered was the value that Time Warner, the owner of the Warner Bros. film studio and HBO, could provide as part of AT&T.

That August dinner sparked a two-month courtship that culminated with Dallas-based AT&T agreeing to buy Time Warner for about $107.50 a share in cash and stock. Including the New York-based media company’s debt and cash, the purchase is valued at $108.7 billion, making it the biggest takeover announced in 2016. If the deal goes through, AT&T will own a prized cache of movies and TV shows it can deliver to millions of pay-TV homes, mobile phones and internet customers.

Details of the whirlwind courtship were described by Stephenson and by other people involved in the talks who asked not to be identified.

Within days, Bewkes, 64, was hosting Stephenson in a 10th floor dining room at Time Warner’s headquarters, overlooking Central Park. Stephenson, 56, had known his counterpart at Time Warner for years. Following its $48 billion takeover of DirecTV in 2015, AT&T had become one of the entertainment giant’s biggest customers as a distributor of Time Warner channels like TBS and TNT. Two years earlier, Bewkes had spurned a $75 billion buyout bid from Murdoch’s 21st Century Fox Inc.

Over bites of salmon, Bewkes and Stephenson discussed the changes reshaping their businesses and by the third hour of their meeting they realized their companies’ futures were becoming intertwined.

For the Oklahoma-born Stephenson, the deal makes him not only the leader of an enormous telecom company but also an overnight media mogul with power over some of the most prized assets in entertainment and news, including CNN. For Bewkes, the sale is a vindication of his decision to reject Murdoch’s overtures.

News of the imminent deal, first reported on Oct. 20 by Bloomberg News, quickly made national headlines and became a talking point in the presidential race, with Hillary Clinton urging regulators to scrutinize the combination and Donald Trump suggesting he’d reject it if elected. Walt Disney Co., which competes against Time Warner, said in a statement that “a transaction of this magnitude obviously warrants very close regulatory scrutiny.”

For a little over two months, the deal was a closely held secret shared at first by just eight people. At Time Warner, that consisted of Bewkes, Chief Financial Officer Howard Averill, General Counsel Paul Cappuccio, and Priya Dogra, the company’s head of mergers and acquisitions. On the AT&T side, it was Stephenson, CFO John Stephens, along with AT&T’s head of deals and the general counsel.

The companies went to great lengths to keep the talks secret.

Executives met in Washington and Nashville to avoid getting noticed in New York. AT&T referred to the deal by the code name, “Lily,” after an AT&T ad campaign with a sales rep named Lily. Time Warner’s choice was “Rabbit,” a nod to the iconic Warner Bros. character Bugs Bunny. Soon, bankers at Allen & Co. and Perella Weinberg Partners got involved and were joined by JPMorgan Chase & Co. and Citigroup Inc., though only a limited number of people at each firm knew of the talks, according to people with knowledge of the matter.

At Time Warner, people were surprised AT&T would attempt such a big deal so soon after digesting DirecTV, according to one person. They had considered that AT&T might make a bid for Time Warner in a year or two.

Stephenson believed Bewkes would sell if AT&T could make a high enough offer, the person said. In 2014, Time Warner had rejected Fox’s $85-a-share bid as too low, saying the company could grow faster on its own. So AT&T made an offer it hoped couldn’t be refused. The phone and pay-TV company’s executives wanted to move quickly because they worried Alphabet Inc.’s Google or Apple Inc. could make a competing offer, according to another person.

The negotiations moved quickly, Stephenson said on a conference call Saturday night, adding it had “a gravity to it.”

“The more we talked about it, the more it fell into place, that there would be benefits that might be significant and might allow us to evolve the ecosystem faster,” Bewkes said.

With an agreement in hand, Time Warner reworked the contracts of Averill, Cappuccio and Ginsberg, giving them restricted stock to retain them during the work to close the deal. Ginsberg, who had that fateful lunch with Chernin at Martha’s Vineyard, also got a 2.9 percent raise, to $900,000.

Executives at Time Warner have begun briefing their employees and extolling the virtues of the deal. Bewkes delivered a video message to employees and divisional executives are reaching out as well, including Warner Bros. CEO Kevin Tsujihara.

“To reiterate what Jeff said, this deal is not about cost savings,” Tsujihara said in a memo. “It is about growth opportunities and our expertise in creating world-class content. AT&T recognizes that the value of our brands and businesses depends upon the expertise of our team, and they are very committed to retaining the talented people who have made our company the best in the industry.”

— With assistance by Ed Hammond, and Alex Sherman

(Updates with Ginsberg raise in third-to-last paragraph.)
Have a confidential tip for our reporters?
GET IN TOUCH
Before it's here, it's on the Bloomberg Terminal.
LEARN MORE