You have reached the cached page for https://historycollection.com/tale-southern-belle-turned-mysterious-herald-square-hotel-recluse-will-give-chills/2/
Below is a snapshot of the Web page as it appeared on 2/27/2021 (the last time our crawler visited it). This is the version of the page that was used for ranking your search results. The page may have changed since we last cached it. To see what might have changed (without the highlights), go to the current page.
You searched for: panic of 1907 wikipedia We have highlighted matching words that appear in the page below.
Bing is not responsible for the content of this page.
The Tale of a Southern Belle Turned Mysterious Hotel Recluse Will Give You Chills 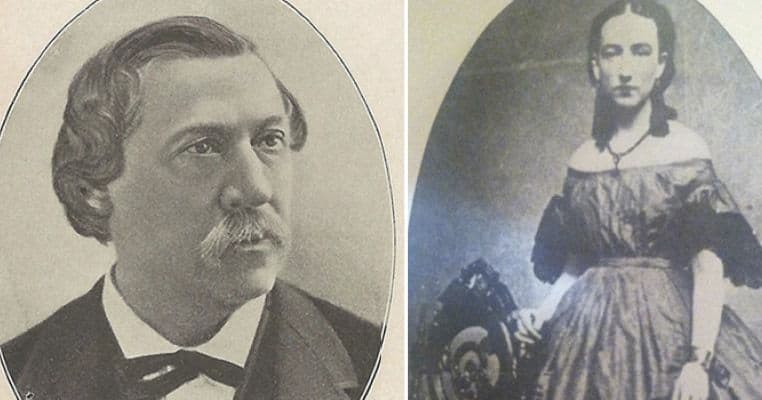 Each day Mrs. Wood took a carriage ride at 4 pm. She stopped at the Manhattan Club, called for her husband, and the couple road up fashionable 5th Avenue. Ida was admired as her “bright plumage and fragile beauty” made her a remarkable woman in the “parasol age.” From accounts, it seems that Mr. Wood was enamored with his wife. When he lost at gambling, he wrote notes apologizing for his bad habit, signing with, “unfortunately for you, your husband, Ben.” When Benjamin Wood died in 1900, the New York Times reported that he had no “real estate” and that what personal property he had was of “small value.”

After a short stint as a newspaper editor and writer, Ida sold it in 1901 for over $250,000. Shortly after this sale, Ida began selling off her own possessions including furniture, oil paintings, tapestries, and sculptures. She took her earnings and deposited them into the Guaranty Trust Company. Widowhood, it seemed, would be very comfortable for the former southern belle.

The New York Stock Exchange lost 50% of its value in October 1907. Depositors rushed to banks and trusts to withdraw their cash, setting off the Panic of 1907. Many local and state banks went bankrupt. With no federal insurance programs to insure a depositor’s cash, people continued to withdraw their money. To many it was better to have cash where they could see it instead of in a failing bank.

Widow Wood entered the Guaranty Trust Company and demanded the balance of her account in cash. An officer at the Trust stated that Mrs. Wood decried that she was “tired of everything,” and took her nearly $1 million, stuffed it into a netted bag, and left the bank. With her cash in hand, Ida checked into the Herald Square Hotel and was later joined by her daughter and sister. The three women lived together in seclusion until 1928 when Emma Wood entered a hospital and died at the age of 71.

Ida and her sister Mary remained in the hotel suite. Daily, a bellhop asked if he could bring anything to the room. The women usually requested only eggs, bacon, crackers, evaporated milk, and newspapers. Occasionally Ida requested that the bellhop bring her jars of petroleum jelly that she massaged into her face for several hours a day. The women cooked in a makeshift kitchen in the bathroom. On special occasions, they ate raw fish and smoked cigars. Maids were not permitted to enter into suite 552. Linens and towels were rarely exchanged through a cracked-open door. The women never left their room, yet Ida always paid their bill in cash in despite being a destitute old woman.