You have reached the cached page for https://www.jewishpress.com/news/eye-on-palestine/palestinian-authority/fatah-and-hamas-fight-over-gazas-offshore-gas-field/2021/02/24/
Below is a snapshot of the Web page as it appeared on 4/21/2021 (the last time our crawler visited it). This is the version of the page that was used for ranking your search results. The page may have changed since we last cached it. To see what might have changed (without the highlights), go to the current page.
You searched for: palestinian authority vs hamas We have highlighted matching words that appear in the page below.
Bing is not responsible for the content of this page.
Fatah and Hamas Fight over Gaza’s Offshore Gas Field | The Jewish Press - JewishPress.com | Baruch Yedid / TPS | 13 Adar 5781 – February 24, 2021 | JewishPress.com
This advertisement will close in seconds...
Or click here to close it.
60 F
Jerusalem, Israel
10 Iyyar 5781 -
? Wednesday, April 21, 2021
Sign in
Welcome! Log into your account
Forgot your password? Get help
Password recovery
Recover your password
A password will be e-mailed to you.

Egyptian Minister of Energy Tariq el-Molla visited Ramallah last week and met with Palestinian Authority (PA) head Mahmoud Abbas ahead of the signing of an agreement for the development of natural gas fields off the coast of Gaza, which were discovered in the late 1990s.

El Molla also met with representatives of the Palestinian Investment Fund (PIF) to sign an agreement with the Egyptian Natural Gas Holding Company (EGAS) in a move designed to ensure the supply of natural gas to PA residents and even the export of gas from the PA.


The images from Ramallah greatly angered Hamas, which controls the Gaza Strip. A senior Hamas official, Musa Abu Marzouk, tweeted that Hamas must be part of all understandings regarding the gas fields on its shores, adding that Hamas will not stand aside when it is forced to import gas from “the Israeli occupation” to the only power station in the Gaza Strip.

In response, Hussein A-Sheikh, the PA’s Minister of Civil Affairs, addressed Abu Marzok in a venomous tone and said that “agreements are signed between states and not between organizations,” adding that the PA is a member of the East Mediterranean Gas Forum (EMGF), giving it the right to sign agreements.

Mahmoud Habash, one of Abbas’ advisers, also insulted Abu Marzouk by stating that he was “weak in geography and should therefore be told that Gaza is part of Palestine.”

A senior PA official told TPS following the remarks that “Hamas leaders have lost touch with reality and they believe they are a regional empire. It is time to put a limit on the impudence of the Hamas leadership.”

Following the exchange of jabs, Hamas spokesman Hazem Qassem said in response to A-Sheikh’s remarks that “it is very unfortunate that Fatah leaders are selling illusions to the Palestinian people as if they are running a state.”

“The Palestinian people have a right to know how the PA works on important issues. It does not act transparently and puts its narrow party interests at the top of its priorities,” the Hamas spokesman said.

Abu Marzouk did not shy away and demanded that the PA open the agreements and present them to Hamas.

The social networks were quick to respond to the exchange of blows that are overshadowing Fatah-Hamas relations on the eve of the elections and took advantage of the event to attack Hamas following the exorbitant prices for electricity, diesel and gasoline in the Gaza Strip, although funded by donations.

A gas cylinder in the Gaza Strip costs about NIS 60, although Hamas has promised not to exceed NIS 15. Palestinian activists are also attacking Hamas due to the high taxes it imposes on cigarettes, tobacco and other essential products.

One of the activists demanded that Hamas disclose the contracts and agreements between it and Qatar and Israel, in response to its demand from the PA to disclose to it the agreements for the development of the gas fields with Egypt.

Natural gas fields were discovered about 36 kilometers west of the Gaza Strip as early as the late 1990s and it is estimated that the amount of natural gas in these fields stands at 25 billion cubic meters.

Territorial waters extend at most 12 nautical miles (22 km; 14 mi) from the baseline of a coastal state, so the fields are not within “Palestine” waters.

In November 1999, Yasser Arafat signed an agreement with British Gas (BG), which gave the company the opportunity to search for marine gas fields in the territorial waters of the Gaza Strip. In return, it was agreed that the company would hold the exclusive right to use these fields for a period of 25 years, after the company signed a similar agreement with Israel in June 1999.

In March 2011, Prime Minister Benjamin Netanyahu tried to resume negotiations with the PA for the purchase of natural gas and an official request was forwarded to Abbas’ office.

In 2012, Israel and the PA began negotiations in another attempt to reach an agreement on the issue, but facing Hamas’ opposition to any agreement without its participation, the negotiations were stopped again.

In April 2018, BG waived its rights in the field and they moved back to the Palestinian Investment Fund (PIF) on unspecified terms.

In June 2018, the PA announced that it would begin developing the reservoir and commenced negotiations with Energean for a development agreement, but so far the PA has failed to advance the development of the gas fields, also due to Hamas’ control of the Strip.

Egypt recently pressured Israel to ensure that the PA can develop the fields, being a member of the EMGF.

IDF Preparing for Escalation as PA Election Set to be Postponed

EXCLUSIVE: US to Ramallah: State Dept. to Take Over Contact with PA from CIA; Will Demand Democratic Moves 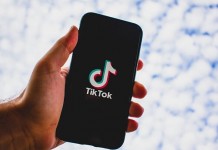 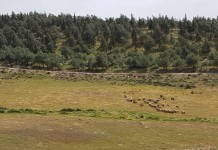 US Jewish Groups Work to Block KKL-JNF Purchases of Land in Judea, Samaria 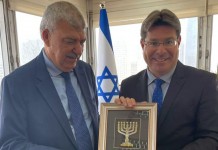 US Jewish Groups Work to Block KKL-JNF Purchases of Land in Judea, Samaria

IDF Preparing for Escalation as PA Election Set to be Postponed

Live In the Center of Jerusalem

US Embassy in Israel Increasing Services to Ex-Pats


Something Random from the Week 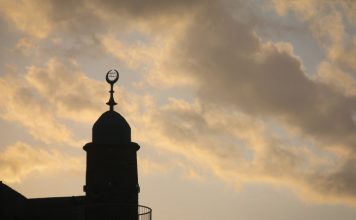 ABOUT US
JewishPress.com - Bringing you the news from Israel and the Jewish World
© The Jewish Press 2020. All Rights Reserved.


This site is supported by AlsoNetworks.com.

Scan this QR code to visit this page online: