You have reached the cached page for https://www.dailymail.co.uk/news/article-9263635/Florida-man-48-wanted-theft-stealing-ring-one-girlfriend-propose-another.html
Below is a snapshot of the Web page as it appeared on 4/7/2021 (the last time our crawler visited it). This is the version of the page that was used for ranking your search results. The page may have changed since we last cached it. To see what might have changed (without the highlights), go to the current page.
You searched for: okcupid login We have highlighted matching words that appear in the page below.
Bing is not responsible for the content of this page.
Florida man, 48, wanted for theft after 'stealing a ring from one girlfriend to propose to another' | Daily Mail Online

Florida man, 48, 'steals fiancée's ring to give to propose to another woman after meeting them both on OKCupid' - before both dump him and report him to cops

A convicted felon from Florida is wanted for theft after he allegedly stole a diamond engagement ring from his fiancée to propose to a second woman, after meeting both of them on the same dating website OKCupid using two fake identities.

Joseph Davis, 48, is wanted on a felony charge for reportedly stealing around $6,270 worth of jewelry from his girlfriend in Orange City including the ring he gave to her when he proposed and a ring that belonged to her grandmother.

He is accused of using the engagement ring to propose to a second woman in Orlando, 30 miles away.

Now the women, who both ended their relationships with the man they knew as 'Joe Brown' and 'Marcus Brown' have teamed up with police to bring him for questioning. 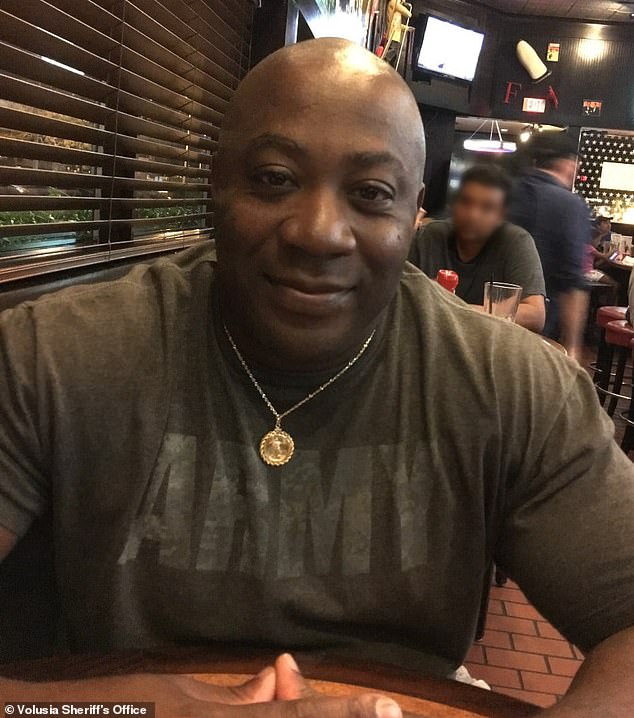 Joseph Davis, 48, (pictured) is wanted on a felony charge for reportedly stealing around $6,270 worth of jewelry from his girlfriend in Orange City including the ring he gave to her when he proposed and a ring that belonged to her grandmother

It began when one unnamed partner in Orange City came forward to detectives after spotting the man she knew as 'Joe Brown' on Facebook with a woman she suspected was wearing her engagement ring, as reported by Yahoo.

When she went to her jewelry box she found that several items, including the engagement ring and her wedding band from a previous marriage.

In a statement posted on Facebook Volusia County detectives wrote: 'Several other pieces of jewelry [were missing], including a diamond ring that belonged to her grandmother. The total value of property stolen was about $6,270.'

When the victim confronted 'Brown' about the thefts she also sent messages to the second fiancée and recovered some of her belongings.

With both relationships over due to the alleged infidelity, the victims began cooperating with each other and with detectives.

Volusia police added: 'The Orlando fiancée described to police how 'Brown' had fooled her, too – even taking her to the Orange City girlfriend’s house while she was at work, claiming the house was his, and asking her to move in with him.'

They added: 'She told detectives she packed up her apartment, disassembled her furniture and was ready to move until one day, he told her the deal fell through.'

The Orlando fiancée also reported a laptop and jewelry were missing from her apartment after 'Brown' moved out and disappeared.

When detectives searched databases and shared photos of Davis with other law enforcement agencies in hopes of identifying him, they came up empty.

However, one of the fiancées remembered the name and address of a niece that he had in North Carolina.

With that information, detectives were able to track down a woman who turned out to be the sister of a Joseph Louis Davis, whose photos matched the photos provided by both victims.

Volusia police added that Davis 'had a record as a convicted felon out of Oregon and North Carolina, and has an active arrest warrant out of Oregon for a hit and run crash with injuries.' 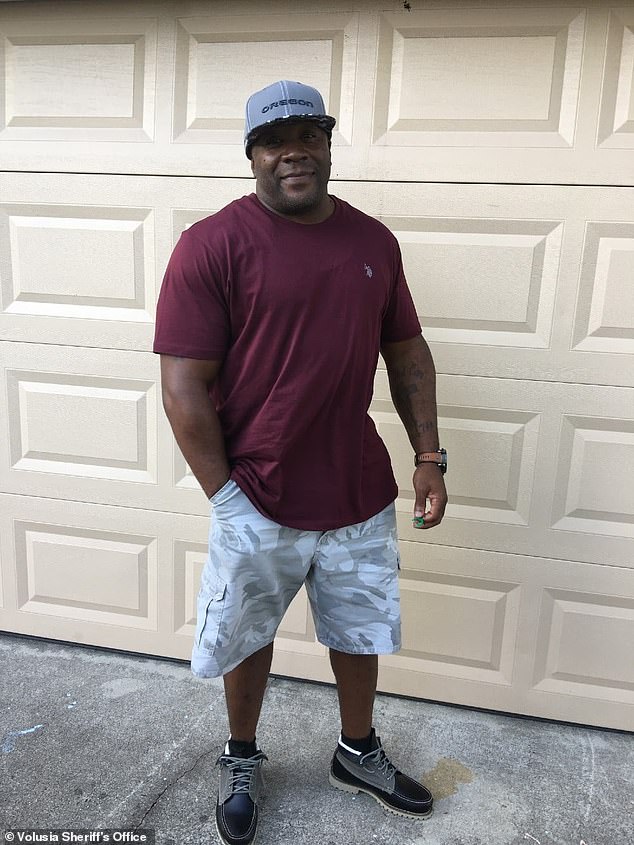 He is accused of using the engagement ring to propose to a second woman in Orlando, 30 miles away

They added: 'His prior arrests include possession of fictitious ID, filing a false police report, domestic assault and possession of cocaine with intent to sell. In one of his out-of-state booking records from 2014, the jail listed a tattoo described as a cross with "Only God can judge me" on his left arm – identical to the tattoo both victims described their boyfriend/fiancée as having.'

Anyone with information about Davis’ whereabouts is asked to contact the Volusia Sheriff’s Office at 386-668-3830 and ask for Detective Wheeler. If you want to remain anonymous and qualify for a potential cash reward, you can contact Crime Stoppers of Northeast Florida at 888-277-TIPS, or via the P3 Tips app.

Florida man, 48, wanted for theft after 'stealing a ring from one girlfriend to propose to another'