You have reached the cached page for https://mydramalist.com/article/review-obsessed-starring-song-seung-heon-and-im-ji-yeon-1214172181
Below is a snapshot of the Web page as it appeared on 12/3/2020 (the last time our crawler visited it). This is the version of the page that was used for ranking your search results. The page may have changed since we last cached it. To see what might have changed (without the highlights), go to the current page.
You searched for: obsessed movie korean We have highlighted matching words that appear in the page below.
Bing is not responsible for the content of this page.
Review: "Obsessed" Starring Song Seung Heon and Im Ji Yeon - MyDramaList WARNING: this film is not suitable for viewers under 18 years of age!
POSSIBLE SPOILERS BELOW!

In Obsessed, the story revolves around a war hero Colonel Kim Jin Pyong (Song Seung Heon), who is on the verge of his promotion to general. He is admired by the large for his achievements in the war. Having a beautiful wife to love and commander father-in-law to support him is enough to make others envy him for all the blessings he has that a man can only wish for. However, he has some dark secrets behind his handsome and smiling face. He was suffering from post-war trauma and on the verge of mental breakdown. The love that he once had for his wife subsided long ago and now he has no emotional attachment to anyone around him. He was ready to live his mechanical life in a robotic way until Captain Kyung Woo Jin (Ohn Joo Wan) transferred to Jin Pyong’s army and he moved into next door with his wife Ga Heun  (Im Ji Yeon).

One night Jin Pyong had a surprise encounter with Ga Heun during one of his isolated moments. That was the point where everything changed as he instantly fell for her and the feeling was mutual. One day he saved Ga Heun from a mentally ill patient and this incident brought them closer where they shared their romantic and intense moments secretly. Later on due to her mother-in-law’s illness, Ga Heun felt ashamed for cheating on her husband and made a tough decision to leave Kim Jin Pyong side. However, it was tough for Kim to get over her but he respected his lover’s decision.

During Jin Pyong’s promotion party night, things turned into hell when he confessed his love for Ga Heun. This made his father-in-law angry and he ordered Jin Pyong to leave for Vietnam. Before leaving, he pleaded Ga Heun to hold his hand. He pleaded that he was willing to leave the army and they could live happily somewhere far from others. However, she refused to give up on her marriage and left. After two years, in a party special unit, a man met Go Heun and told her about the death of Jin Pyong on the battlefield. They gave her a photo of the two in the ballroom with a short phrase on the back- “My Love.”

They say the only way to know whether a relationship is right for you or not is to judge through your contentment and if that relationship makes your life complicated then it is time to leave.  That is exactly what the writer described in this movie.  Movie discussed a unique topic.

Everything that happens in our lives is neither totally right nor very wrong. Some decisions are stuck somewhere between the right and wrong.

Teasers, posters, and glimpses of storyline attracted the audience immediately after its announcement.

Audiences, all over the world waited for the movie and Song Seung Heon visited different countries to promote his movie. In an interview, while discussing mature scenes, he said that he felt shy when his mother asked him to watch the premiere with her friends. He stated that he wanted to do something passionate and intense to show his genuine skill and for him, Obsessed was the right opportunity.

Im stated that at first she was confused to take the role but the promising storyline and her other cast members inspired her to put her efforts into making it happen.

However, unexpected to everyone’s hopes, the film was not as big a success as they had been expecting. Even though the movie has an interesting plot but somewhere the writer failed to capture the interest of the audience due to certain loopholes in the story. There are many drawbacks that made the movie a little absurd to understand. 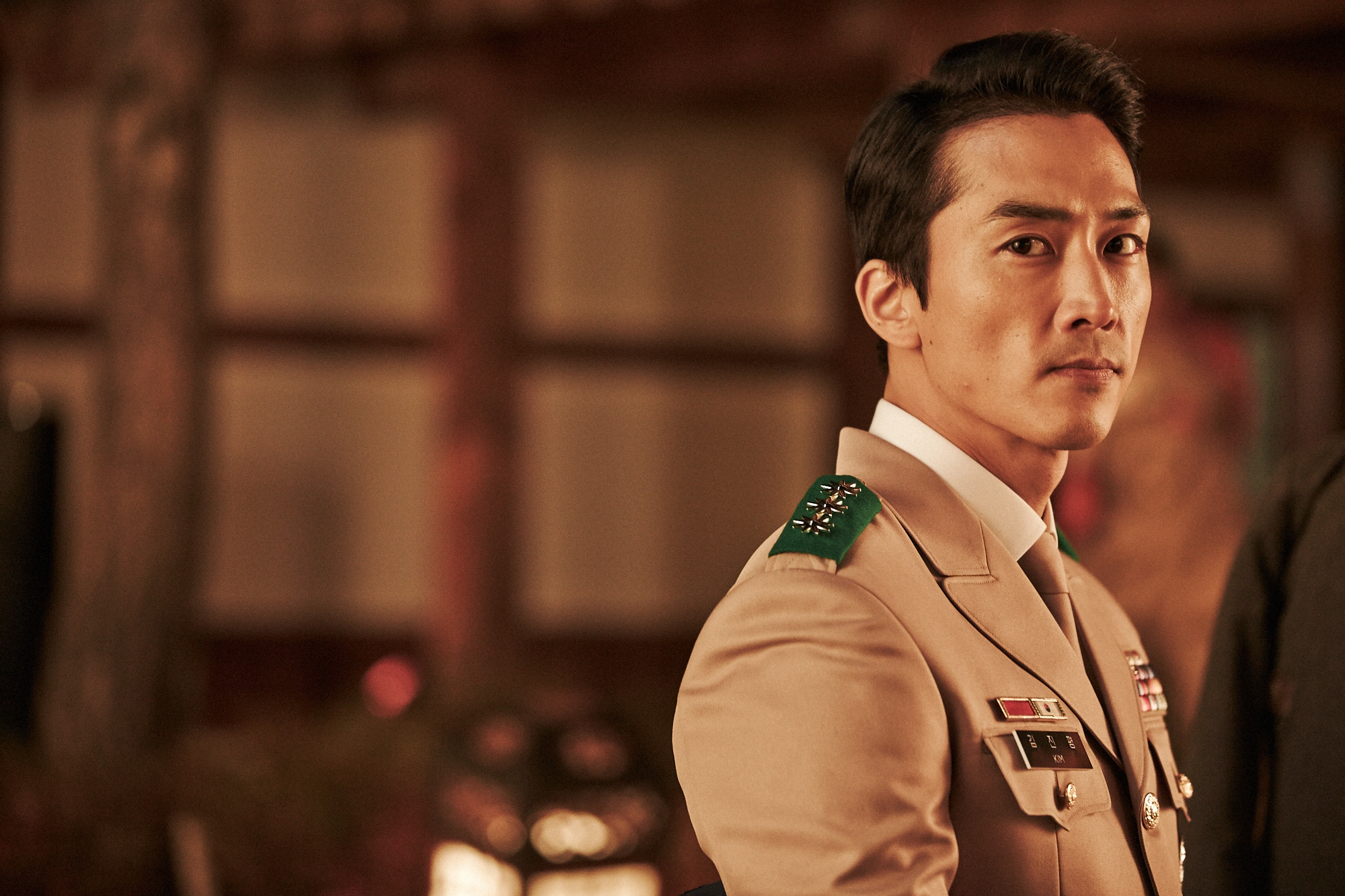 First, the connection between the main leads was absolutely physical as in each meeting the only thing that they demonstrated to us is their physical closeness. Even just after 15 minutes of their first meeting, they started making out with each other. Therefore, their relationship seemed to me like a lustrous one more than an emotional one.

Secondly, there was no compelling reason to indicate nude scenes or give such an introduction to their relationship. Unlike A Frozen Flower that is popular for its striking storyline and bold scenes, nude scenes in this movie have nothing to do with the story. These striking and mature scenes were all the rage before the film was released. Indeed, even in his meeting, Song Seung Heon discussed his part and expressed that mature scenes were just intended to demonstrate the blooming relation of two sweethearts. The cast's meetings and movie posters indicated how intense this movie would have been. In any case, at last, it was difficult to come to an obvious conclusion regarding the film and those mature scenes.

The third and main drawback was its name, Obsessed, as the name determined that both or either of them were obsessed with each other but nothing like that was the case. Neither of them has seemed that obsessed. Even though Song showed some colours of rage and agony in the last scene, we cannot call it a true obsession.

What Made Me Love It

When we discuss acting, of course, Song Seung Heon stole the show as usual. Of course, working with him is a test for the other main lead as he has a  quality to obliterate other casts with his striking acting and ravishing style. His character had diverse shades and he filled those shades with his fierceness, outrage, misery, and love. He portrayed the part of a man whose life is convoluted and who is enduring a mental sickness with no expectations in life.

We know that his love and his relationship with his subordinate's wife is taboo and absolutely wrong,  still, we want to forgive him and wish for his happiness. Through his eyes and expression, he influenced you to feel the love that he had for his lover and made you cry the entire movie. For me, it was one of his best movies ever. Even though the not so experienced and expressionless Im Ji Yeon was like a fly in the ointment for Song, he nevertheless managed to raise the bar as usual.

For me, Im is the most average lead Song ever worked with. Before the film release, she was the talk of the town but for me, she was totally off beat. Except being bold and fearless to exposure, she has nothing to do with her character. Like Song’s character she also had a chance to show her acting skills but to some extent, she failed to perform her role in the movie.

She was expressionless, her dialogue delivery was not up to the mark and above all, she seemed very awkward in some parts. I was a little surprised when she won the award but then I realized that she was better than the other contenders in the race. As it was her debut, so I guess it was okay. Overall the plot and acting were good.

The end was expected and there is a lot to learn through the characters’ lives.

Love is a pure thing and the time you spend with your beloved is not measured by minutes or hours but by moments.

Any relationship that begins wrongly always ends in the same way but sometimes that wrong was worth it.

Love can never die but a lover can choose the right thing at the right time to avoid the regrets for the rest of his or her life.

This is it. Have you watched this film?
If yes, did you like it? If not, would you give it a try?
Thanks for reading! 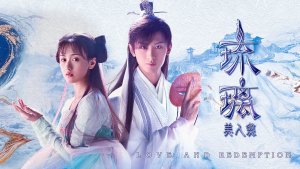 A Legend From Above: Love and Redemption 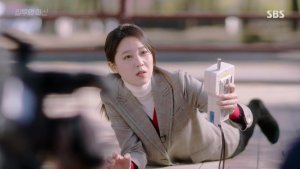 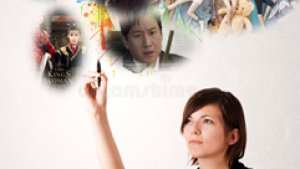 FUNARTICLE: Writing an article has never been this AWESOME 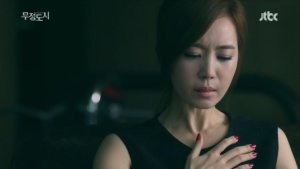 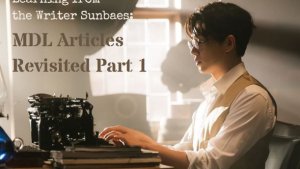 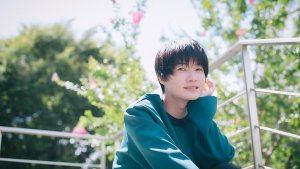