You have reached the cached page for https://sevenpillarsinstitute.org/glossary/normative-ethics/
Below is a snapshot of the Web page as it appeared on 12/8/2021 (the last time our crawler visited it). This is the version of the page that was used for ranking your search results. The page may have changed since we last cached it. To see what might have changed (without the highlights), go to the current page.
You searched for: normative ethics definition We have highlighted matching words that appear in the page below.
Bing is not responsible for the content of this page.
Normative Ethics - Seven Pillars Institute

Virtue, deontological, and consequentialist (utilitarianism, for example), theories are all instances of normative ethical theories.  These theories aim to arrive at standards or norms of behavior, and in doing so provide a framework for ethical thinking.  Normative theories attempt to tell us what we should do and how we ought, morally speaking, to live.  They examine the rightness and wrongness of actions.

Generally speaking, normative theories take into account (1) the agent (the person who acts) (2) the act itself and (3) the consequences of that act.  Differences between normative theories (a deontological theory, for example, versus a consequentialist theory) arise as a result of differing views on the relative importance of these considerations.

Virtue theories emphasize (1) the agent, concentrating on the importance of the moral character, or virtuousness, of the individual in question.  Deontological theories are primarily concerned with (2) the act itself and the rightness or wrongness of that act.  Finally, consequentialist theories focus on (3) the consequences of an act, and claim that we always ought to act to bring about the best consequences.  These three approaches constitute the prevailing strategies employed in normative philosophical ethics.

To illustrate the differences between these theories, consider the case of lying.  While all three theories would deem the act of lying to be morally wrong (although the consequentialist may find it justifiable in some circumstances), the reason for its wrongness differs according to the theory employed.  A consequentialist will say that lying is wrong because it produces bad consequences.  A breakdown in trust, for example, may result from lying and this would be a bad outcome.  A deontologist will say that lying is wrong because the act of lying is wrong in itself – under no circumstances is lying permissible.  Finally, a virtue ethicist will say that lying, or dishonesty in general, is a vice of character and, therefore, it is not the kind of character trait that a virtuous person would possess, nor an act that he or she would engage in.

Related Articles:
« Back to Glossary Index 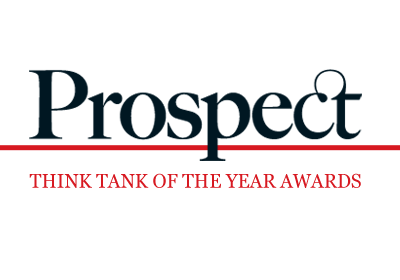 The Prospect Think Tank Awards 2016 shortlisted and cited the research of Seven Pillars Institute (SPI) on climate change mitigation, praising its “deft work on eco-tourism”. The Awards are an annual recognition of the influential work carried out by think tanks across the globe. Read More.