You have reached the cached page for https://www.imdb.com/title/tt0000282209/
Below is a snapshot of the Web page as it appeared on 12/25/2020 (the last time our crawler visited it). This is the version of the page that was used for ranking your search results. The page may have changed since we last cached it. To see what might have changed (without the highlights), go to the current page.
You searched for: no one could protect her movie review free We have highlighted matching words that appear in the page below.
Bing is not responsible for the content of this page.
Darkness Falls (2003) - IMDb
Get a sneak peek of the new version of this page.
Check it out now Learn more
FULL CAST AND CREW | TRIVIA | USER REVIEWS | IMDbPro | MORE LESS
0Check in
X I'm Watching This!
Keep track of everything you watch; tell your friends.

The Evolution of Steven Spielberg

From film school reject to Hollywood legend, take a look at Steven Spielberg's career so far and explore what lies ahead. 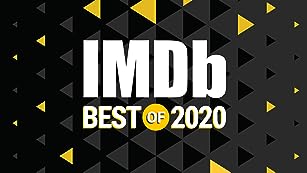 Search for "Darkness Falls" on Amazon.com

In the Nineteenth Century, in Darkness Falls, Matilda Dixon is a good woman, who exchanges with children their baby teeth per coins. One day, her face is burnt in a fire in her house, she becomes sensitive to light and uses a china mask to protect her face against light. When two children are not found in the town, Matilda is blamed by the population and burnt in a fire, as if she were a witch. She claims to be not guilty and curses the whole population of the town and their descendants, stating that when each child loses the last tooth, she would come to get it, and if the child looks at her, she would kill him or her. After her death, the two children are found, and the shamed citizens decide to bury this sad and unfair event and never mention it again. Twelve years ago, the boy Kyle accidentally saw the Tooth Fairy, and she killed his mother. All the persons in Darkness Falls but his girlfriend Caitlin accused the boy of murdering his mother and sent him to an institution, ... Written by Claudio Carvalho, Rio de Janeiro, Brazil

Rated PG-13 for terror and horror images, and brief language | See all certifications »

In a different version of the film's script, the creature only appears in the final act. The studio was not satisfied by this, so they brought Stan Winston in to create a new Tooth Fairy that would be seen throughout the film. The original design (by Steve Wang) bears no resemblance to the new version, although it is the basis for the McFarlane Toys figure released in 2002. See more »

There's no way Matt (Sullivan Stapleton) could have known to drive his truck into that part of the hospital at that exact time and just far enough to not kill or maim any of the protagonists. See more »

[first lines]
Narrator: It is said that over 150 years ago, in the town of Darkness Falls, Matilda Dixon was adored by all the children. Whenever they would lose a tooth they would bring it to her in exchange for a gold coin, earning her the name, the Toothfairy. But fate was not kind to Matilda. One night fire tore through her home leaving her face horribly scarred. Matilda's burned flesh was so sensitive to light she could only go out at night, always wearing a porcelain mask so no one could ever look ...
See more »

A longer cut was shown on FX Network's "DVD on TV" with extra scenes not featured on the DVD's deleted scenes. See more »

I'm keeping this one short. Darkness Falls is way too predictable, boring, and lackluster in every way. I enjoyed the intro, mildly, and at least the Tooth Fairly "sounded" scary. That's where the good news ends and the bad news begins. No actors stand out, no scene stands out, and the monster really doesn't stand out. This movie seriously sucked. I didn't like any of the cardboard characters and couldn't care one way or the other if they died tomorrow or lived forever. Everything that took place was just far too convenient. The electricity goes out, the batteries in the flashlight die, the generator runs out of kerosene, and, oh my god, here comes the Tooth Fairy. Oh, and the line "Stay in the light." is said about 30 times too many. I could go on but I'll spare you. Here's a quote from the box: "For sheer terror, it runs rings around The Ring." Hahaha!!! How much were you paid to say that? This film was not needed and I beg the company not to put out a sequel.

Q: What was the song that played during the ending credits?
See more »
Edit

The Tooth Fairy: The Ghost of Matilda Dixon See more »

Holiday Movies on Prime Video for the Whole Family

Prime Video has you covered this holiday season with movies for the family. Here are some of our picks to get you in the spirit.