You have reached the cached page for https://jadedviewer.blogspot.com/2014/10/nightmare-new-york-haunted-house-review.html
Below is a snapshot of the Web page as it appeared on 9/18/2021 (the last time our crawler visited it). This is the version of the page that was used for ranking your search results. The page may have changed since we last cached it. To see what might have changed (without the highlights), go to the current page.
You searched for: nightmare new york haunted house We have highlighted matching words that appear in the page below.
Bing is not responsible for the content of this page.
Nightmare New York Haunted House (Review) ~ the jaded viewer

Posted on 9:30 AM by the jaded viewer 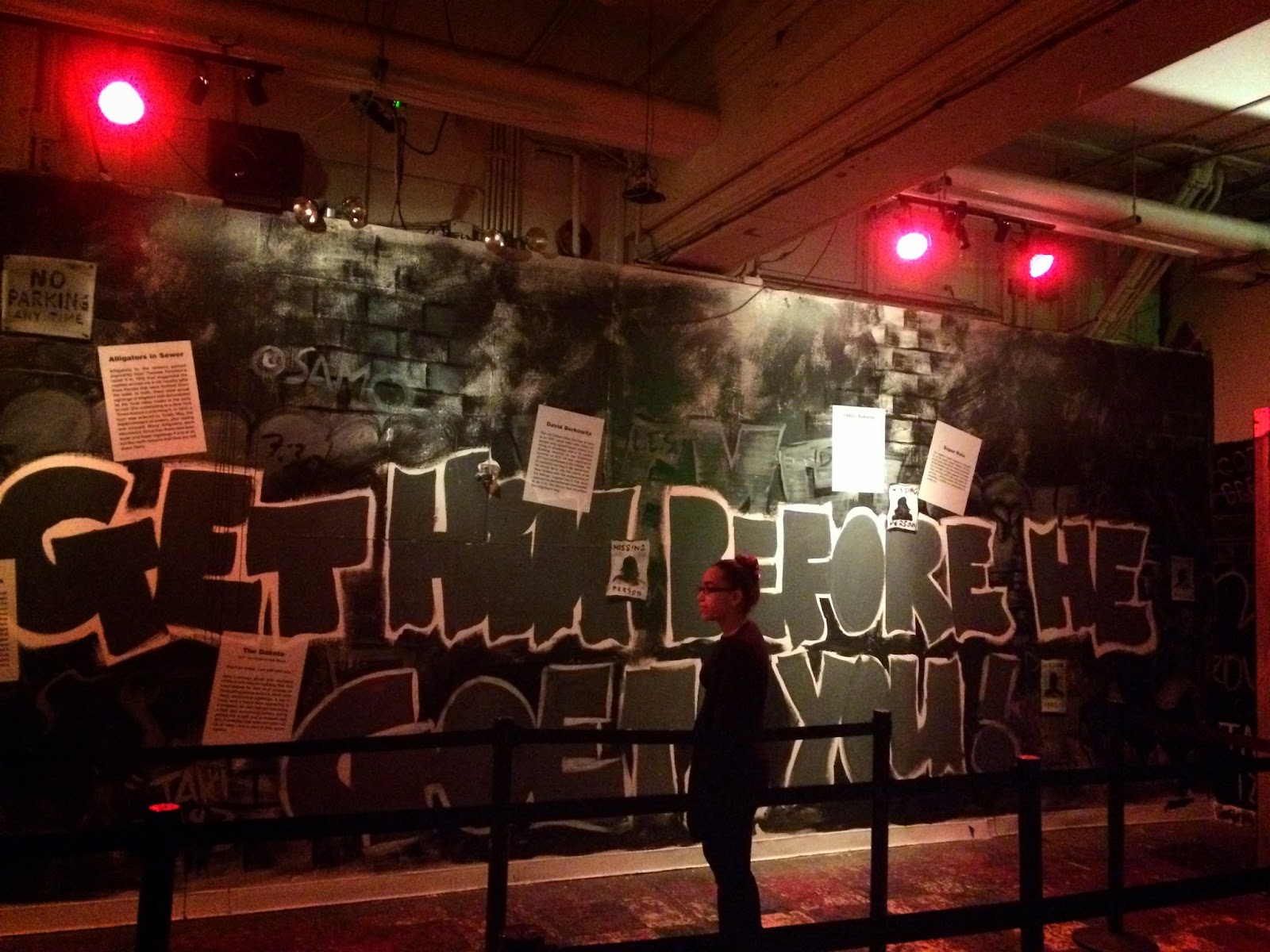 I love my city. It's got almost everything you can think of. If you want to buy a pair of swimming goggles and grape drink, the corner bodega probably has it. You've got nightlife, restaurants and culture. NYC really is the greatest. But it wasn't always this way.

Back in the 70s and 80s, it was a living breathing cesspool of fucked up depravity. Millennials weren't born yet so giving them a chance to time travel to this evil version of NYC is a horror movie come to life.

That's where Nightmare New York Haunted House comes in. For the last 2 Halloweens, Nightmare has given us an array of serial killers in all different forms but this year they've given us a theme that will have you looking over your shoulder in each unique and nostalgic room.

Nightmare New York is a stroll through the pre-Disney, hobo loving, pervert molesting, roach crawling cesspool of NYC 2-3 decades ago and it's nostalgic depraved fun. It's hard to imagine this dystopian NYC was actually real but for those who lived here (including myself) have memories, some good mostly bad. A time where the ghosts of the Dakota went all Shining. A time where once you got off from Times Square, you got mugged in 2.9 seconds. A time where the subway was the most dangerous place in the entire world. A time where flashers and degenerates had you running to the other side of the street. A time of rampant serial killers including David Berkowitz and the legendary Cropsey legend. A time where killer viruses created Typhoid Mary, a person who knowingly spread this Ebola like virus. And finally a time where roaches and rats were as common as pigeons and squirrels and could make Stone Cold Steve Austin squeal. 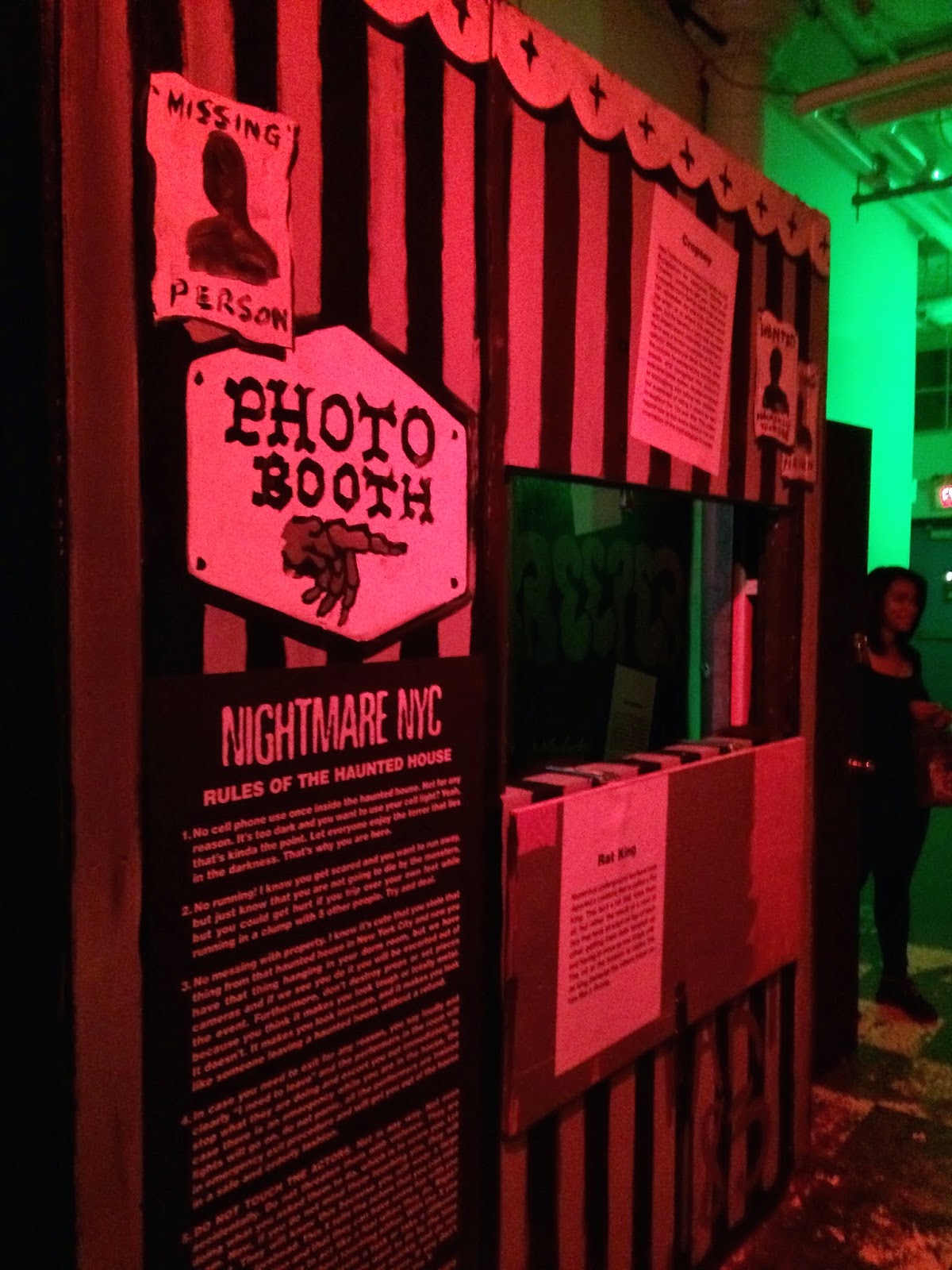 Nightmare NY gives you a showcase showdown of the worst NYC had to offer back in the day. With the actors spinning tales of days gone by and giving you in your face performances, they leave a lasting imprint of this bizarro NYC some have tried to forget. In the midst of this, the scares will come from expected places haunted house veterans will notice but noobs and Ugg wearing tween girls will be in for some shocks and surprises. I loved the Dakota room's "special effects" and subway car room the best. The maze from room to room isn't without some in between fun and the infamous pseudo safe haven that has you going outside at Nightmare has a new twist this year.

Veterans of Nightmare may find the walk through of the 20 minute maze unscary but Nightmare is a mix of old school animatronics, actors hiding in plain sight and well designed throwback rooms that should be seen to be believed. There were some missed opportunities that could have been improved. The 1980s subway car was asking to play on old school stereotypes (maybe some stereotypical hobos and mugger types mixed in with Wall Street types and the killer is not who you'd expect). Also, Nightmare gives you the option to be touched (faux blood will be marked on your forehead) which was an ample opportunity to be exploited in different ways (especially when you go outside) and in other rooms where getting up close and personal would have made even the most alpha-est of alpha males squirm. Finally, past end rooms Nightmare has done ended in a literal BANG! though Nightmare could have had you covered in pretend critters and crawlers that would have freaked anybody out.

Nightmare New York is a relentless look back to when the city that never sleeps took a long Rip Van Winkle nap and while the city slept, the lunatics and maniacs decided it was time to party. Nightmare celebrates this and it's most amped up level and if you have nostalgic memories, have longings to relive this version of NYC or want to see what it was like way back when, Nightmare New York is waiting for you to give you a full self guided tour.


The Vitals
Check out the trailer


For a full schedule of performances visit www.hauntedhousenyc.com