You have reached the cached page for https://wtop.com/dc/2021/04/dc-leaders-call-for-bold-action-ahead-of-senate-statehood-fight/
Below is a snapshot of the Web page as it appeared on 4/27/2021 (the last time our crawler visited it). This is the version of the page that was used for ranking your search results. The page may have changed since we last cached it. To see what might have changed (without the highlights), go to the current page.
You searched for: night passage trailer We have highlighted matching words that appear in the page below.
Bing is not responsible for the content of this page.
DC leaders call for ‘bold action’ ahead of Senate statehood fight | WTOP
CORONAVIRUS UPDATES: What to know about J&J vaccine | Loosening Montgomery Co. COVID restrictions? | Metro extend service for games | Region's vaccination numbers | Sign up for WTOP's pandemic newsletter
Home » Washington, DC News » DC leaders call for…

Now, as it faces a difficult battle for passage in the Senate, D.C. leaders are renewing their rallying cries.

“Today’s victory was historic, both for D.C. residents and for the cause of D.C. statehood,” said Norton, who has championed statehood for her entire life. “For only the second time in history, the House passed the D.C. statehood bill. With Democrats in control of the Senate and White House, and with 54% of Americans supporting the bill, we have never been in a better position to achieve D.C. statehood.”

D.C. Mayor Muriel Bowser, who would become governor of the 51st state, has also been an ardent supporter of statehood.

“This vote comes at a critical time when Americans nationwide are eager to deliver on the promise of liberty and justice for all,” Bowser said. “For centuries, an incremental approach to equality in America has delayed this promise for too many. Now is the time for bold action.”

“We call on the 55 senators who have not yet signed on in support of D.C. statehood to fulfill their responsibility to build a more perfect union and seize this important opportunity to right a 220-year-old wrong.”

Hop in – we’re taking this to the Senate. #DCStatehood now! pic.twitter.com/oSn7kJeICb

Bowser’s limitations of authority as mayor were put in stark relief last summer during a series of protests over the death of George Floyd in Minneapolis and against general police brutality. After a night of widespread vandalism, then-President Donald Trump usurped her power and called in a massive multiagency federal force downtown. The law enforcement officers cleared peaceful protesters from a public street using tear gas so Trump could pose for a photo outside a church.

Ward 6 Council member Charles Allen, whose district includes the U.S. Capitol, tweeted that D.C. statehood is a “moral & just act for racial justice. Opposition is grounded in a history of actively denying voting rights based on race & power.”

“And now I look to the Senate, where I have no voice, to meet this moment and make right this wrong — for every Washingtonian, for our country’s legacy, for the future of America.”

Norton’s measure has received strong support from President Joe Biden’s White House, which released a statement Tuesday calling Washington’s current status “an affront to the democratic values on which our Nation was founded.”

D.C. Attorney General Karl Racine said arguments that Congress cannot create a state — one of several anti-statehood positions taken up by GOP lawmakers, including the bizarre assertion that the District shouldn’t be a state because it doesn’t have car dealerships — don’t hold water.

“As the District’s chief legal officer, I know Congress has the constitutional authority to make the District a state. In fact, Congress has created 37 new states through legislative action and it has already twice shrunk the size of the federal district. Yet, we remain residents of the only national democratic capital in the world without equal representation and voting rights,” Racine said.

“As the legislation now moves to the Senate, I encourage senators to be courageous and take partisanship out of this debate. Statehood for the District isn’t about scoring political wins by villainizing the District or reducing our quest for representation to merely another partisan game. We’re talking about more than 700,000 real lives. Giving us an equal voice strengthens our democracy.”

Under Holmes’ bill, the 51st state would be called Washington, Douglass Commonwealth — named after famed abolitionist Frederick Douglass, who lived in Washington from 1877 until his death in 1895.

Only a sliver of the property inside D.C.’s boundaries would remain under federal control, including the White House, the U.S. Capitol and the National Mall.

The bill faces significant hurdles in the Senate: it needs more than a simple majority since Republicans are likely to filibuster over concerns that overwhelmingly left-leaning District voters would install three new Democrats to Congress — two senators and a representative.

A filibuster means Senate Democrats need to muster up 60 votes to overcome it.

Republican opposition isn’t the only hurdle. The statehood bill still needs support from several Democrats, including Joe Manchin of West Virginia and Krysten Sinema of Arizona.

“The people of Washington D.C. want the rights and responsibilities of statehood,” Rep. Don Beyer (D-Va.), a longtime supporter of D.C. statehood, and an original co-sponsor of Norton’s statehood legislation, said before the House vote. “They deserve those rights, and there is no just cause to refuse them.”

William Vitka is a Digital Editor and reporter for WTOP.com. He's been in the news industry for over a decade. Before joining WTOP, he worked for CBS News, Stuff Magazine, The New York Post and wrote a variety of books—about a dozen of them, with more to come.

DC police should reduce ‘racial disparities’ in use of force, report says 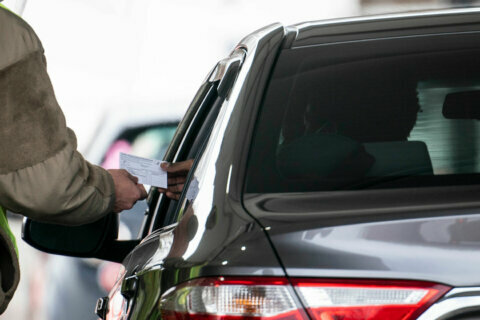 Get breaking news and daily headlines delivered to your email inbox by signing up here.

© 2021 WTOP. All Rights Reserved. This website is not intended for users located within the European Economic Area.