You have reached the cached page for https://www.tripadvisor.com/ShowUserReviews-g28970-d14919467-r728813954-Conrad_Washington_DC-Washington_DC_District_of_Columbia.html
Below is a snapshot of the Web page as it appeared on 2/12/2021 (the last time our crawler visited it). This is the version of the page that was used for ranking your search results. The page may have changed since we last cached it. To see what might have changed (without the highlights), go to the current page.
You searched for: nice and friendly movie times dc We have highlighted matching words that appear in the page below.
Bing is not responsible for the content of this page.
Nice and Friendly - Review of Conrad Washington DC, Washington DC, DC - Tripadvisor
Log in to get trip updates and message other travelers.

This hotel is worth the money. Mahlet and Ki'Andre at the front were a pleasure. Jerome at the front was funny and knowledgeable about the city. I enjoyed my stay. The hotel is in the perfect location with China Town in the rear.

Review collected in partnership with Conrad Hotels & Resorts
This business uses tools provided by Tripadvisor (or one of its official Review Collection Partners) to encourage and collect guest reviews, including this one.
See all 395 reviews
Nearby Hotels 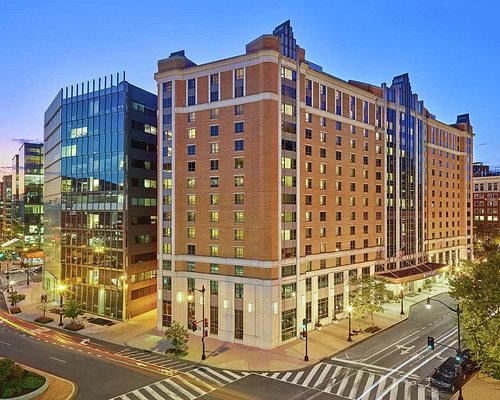 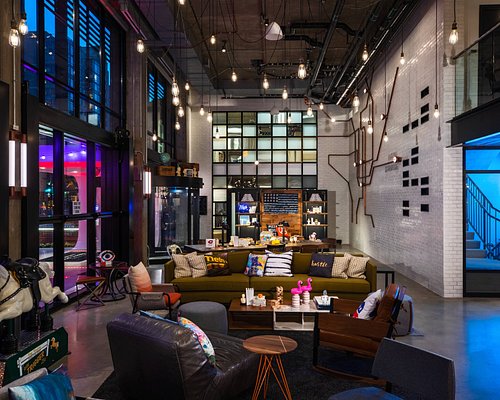 I can’t say enough about my stay at the Conrad. The staff were all amazing and provided top notch service. They have to bottle this up and sell it. Somehow they must keep this culture going because I will come back every time I’m in the area. Some standouts: the bartender (bald guy) we discussed my favorite things and he made me an incredible drink. I went to the bar every day on my 4 night stay to get that drink. He took great care of my friends. Each day he knew exactly what we wanted and brought it over. Housekeeper did a great job on my room and she was so sweet. The room service crew did such a great job. Room service is expensive but I ordered because of Ava & Serawit. They always gave great suggestions and made sure my food was correct. The best service I received was from Marqueal W. (sp). He delivered dinner one evening and I was exhausted after a long day. He set up my food on the table, checked on the flowers in my room, moved the tv so I could watch and eat, and brought over the remote. He said don’t hesitate to call if there was anything they could do to make my stay better. I didn’t know what planet I was on with this great service. Thank you all for a wonderful stay. I can’t wait to return.

This review is the subjective opinion of a TripAdvisor member and not of TripAdvisor LLC.
NiPat5
Texas
89108
Reviewed November 21, 2019 via mobile
Excellent Service, Stylish Decor

Made reservation as HH Gold. Didn’t receive an upgrade, but did get a prestay email from Joel asking if there were any requests. I asked if it would be possible to get two Conrad bears for my kids who weren’t staying with me but would love for me to bring them home. He responded that he would be happy to.
Arrived around 330pm. Exterior is stunning and fits in perfectly with city center surroundings. Check in is on 3rd floor and was checked in by a delightful employee named Mahlet. She told me my room wasn’t quite ready yet but would be in a few minutes and I decided to sit and get some work done. She also asked if I preferred 1,000 points or $25 food/bev credit for stay. If I would have had two people in room I believe credit would have been $50. Mahlet gave me a bottle of water and also presented me with two George Washington themed Conrad bears in a gift bag. These were twice as large as the Conrad stuffed animals I’ve seen at other properties. Within a 15 mins my room was ready.
Had a Deluxe King and the room decor matches the stylish common areas. There is a massive mirror next to the work desk and a small couch against the window. The bathroom had double sinks and large shower, but no tub if that is important to you (it isn’t to me). Bath amenities were the Shanghai Tang line with usual eat swabs and whispermint available.
The bed was very comfortable and I got a good night sleep.
At check out, had Vera at the desk and she was very quick and polite and offered more water on my way out the door.
Absolutely would recommend this hotel for business or pleasure.

This review is the subjective opinion of a TripAdvisor member and not of TripAdvisor LLC.
Claudia B
South Bend, Indiana
4229
Reviewed November 21, 2019
3 Nights in a Sakura King Room

We arrived to the hotel which was modern and new and were escorted to the Sakura Club to check in. Note that diamond members don't automatically get access. You have to book this time of room or try for a paid upgrade. We were given the run down of how the club works and were given a tour and a glass of champagne. We were then shown to our room and shown the light controls, which I've encountered at other high end Hilton properties. The room was spacious and comfortable. The basic Sakura Club King room doesn't have a bathtub, but I survived. I asked for firm pillows which were delivered by the time we got back from dinner in the club. The Sakura Club serves 3 meals a day (dinner is themed such as Japanese or South American) plus has 24 hour access for snacks and beverages. Housekeeping was efficient and kept the room up nicely. The lounge staff was great. Quality of sleep was good, but we could hear some city noises, such as sirens which is to be expected. I would definitely stay here again. Also, as a Diamond member, we were given $25 credit per person per day to use at the restaurant or bar, but the club was so great that we had most of our meals there. I can't say how the onsite restaurant was as we only had a couple of cocktails. It would be nice if the hotel had a spa, but they do have a fitness room, which I didn't use.

Ask Claudia B about Conrad Washington DC
2  Thank Claudia B

This review is the subjective opinion of a TripAdvisor member and not of TripAdvisor LLC.
Fran R
encino, ca
53115
Reviewed November 20, 2019
Our new hotel choice in D.C.

What a wonderful hotel! It's got everything (except a gift shop). Really nice rooms. Fabulous location. Excellent staff. Stay on the Club Level for a premium experience. Highly recommended. Only problem - limited menu in the restaurant (no burger) and slow waitstaff. Otherwise, perfect.

Room tip: Stay on the Club level if you can.
Ask Fran R about Conrad Washington DC
2  Thank Fran R

This review is the subjective opinion of a TripAdvisor member and not of TripAdvisor LLC.
shaleenacampbell
New York City, New York
12
Reviewed November 19, 2019
Great Hotel

I have nothing but great things to say about the Conrad. The service was amazing and my room was fabulous. I would stay here again and recommend it. My company used the ballrooms and dining services for lunch and breakfast, everything was great.

Review collected in partnership with Conrad Hotels & Resorts
This business uses tools provided by Tripadvisor (or one of its official Review Collection Partners) to encourage and collect guest reviews, including this one.
Ask shaleenacampbell about Conrad Washington DC
2  Thank shaleenacampbell

This review is the subjective opinion of a TripAdvisor member and not of TripAdvisor LLC.
View more reviews
PreviousNext
1…171819…66