You have reached the cached page for https://www.rogerebert.com/reviews/jumanji-welcome-to-the-jungle-2017
Below is a snapshot of the Web page as it appeared on 9/20/2020 (the last time our crawler visited it). This is the version of the page that was used for ranking your search results. The page may have changed since we last cached it. To see what might have changed (without the highlights), go to the current page.
You searched for: mountain fever movie cast 2017 We have highlighted matching words that appear in the page below.
Bing is not responsible for the content of this page.
Jumanji: Welcome to the Jungle movie review (2017) | Roger Ebert
Reviews

Jumanji: Welcome to the Jungle

It’s hard to say whether “Jumanji: Welcome to the Jungle,” about a group of teenagers who turn into videogame characters, is a sequel to the 1995 Robin Williams hit “Jumanji,” a remake, a reboot, or something else. But it’s definitely the kind of movie that works the name of a classic rock song into its title and makes sure to blast it during the end credits, so that people who were in their twenties during the 1990s and now have kids of their own (and probably took them to this film) can feel that Pavlovian tingle.

That description makes the new “Jumanji” sound like a cash-grab, and in lot of ways it is—studios are so enamored with the notion that pre-existing intellectual properties are box office insurance that they’re far more likely to greenlight this than something genuinely new, even though exactly no one has spent the last two decades saying, “I wish somebody would make another ‘Jumanji.’” At the same time, though, this is a likable, funny diversion, and sometimes more than that. It has enough twists and surprises to pull viewers along, despite the fact that writer-director Jake Kasdan’s story (co-written with four people) is ultimately not much meatier than the one from a 1990s videogame that the characters end up inhabiting after getting sentenced to a “Breakfast Club”-type detention at school. (In the original film, the titular diversion is an old-fashioned board game, just like in the source material, Chris van Allsburg’s popular children’s book.)

The protagonists here are Spencer (Alex Wolff), an earnest nerd; Spencer’s onetime best friend Fridge (Ser’Darius Blain), a football star who ends up grounded after authorities realize Alex wrote a homework assignment for him; Bethany (Madison Iseman), a classic snotty Heather-type who’s addicted to her smartphone and takes selfies constantly; and the bookish, socially anxious Martha (Morgan Turner). They all have insecurities and issues. Once they end up inside the Jumanji videogame, these same characters are played by Dwayne Johnson (as Spencer the nerd); Kevin Hart (as Fridge the jock); Karen Gillan (as the super-fit avatar of Martha), and Jack Black, of all people, as Bethany. There are supposed to be five characters in the game-space, though, and we meet the fifth in due time: Alex Vreeke (Nick Jonas), who is introduced as an energetic teenager in the film’s 1996 prologue, only to get sucked into the game and become The Local Missing Boy whose endlessly grieving family still lives in their now-decrepit house.

The body-switching gag threatens to wear out its welcome quickly (hah ha, the scrawny nerd looks like Dwayne Johnson now, and the awkward girl has washboard abs!), but the actors take their assignments to play teenagers so seriously that the film surfs along on a wave of poker-faced earnestness, mixing moments of pathos in with its super-broad slapstick. (Except for Dan Castellaneta’s Homer Simpson, nobody screams in pain more hilariously than Kevin Hart.) At certain points you might feel as though you’re watching the longest, most lavishly produced “Saturday Night Live” sketch ever, complete with lush jungle scenery (the film was shot partly on location in Hawaii) and attacks by CGI hippos, rhinos, monkeys, crocodiles and the like. But since the entire thing plays like a 10-year old’s Disney Channel fantasy of what adolescence will be like, it works well enough, especially when coupled with intense discussions of the game’s rules (how many lives you get, how many levels there are, how to lift the curse from the land, etc).

Both the videogame’s construction and its gender politics are very ‘90s. The movie is aware of this and makes fun of it, though there’s a bit of an eat-your-cake-and-have-it-too aspect to the way it puts Johnson and Gillan's bodies on display. There are occasional jolts of mayhem, thanks mainly to the motorcycle-riding ninjas who do the bidding of the movie’s villain John Van Pelt (Bobby Cannavale), a demonic figure who wants to control the Jaguar’s Eye and claim dominion over the land. The action scenes are constructed with a bit of panache and manage to be exciting though you’re never seriously worried that any major character is going to lose all of their lives. Kasdan, a veteran filmmaker who happens to be the son of “Raiders of the Lost Ark” and “The Empire Strikes Back” screenwriter Lawrence Kasdan, has an old-school sense of how to build those kinds of sequences. The shots are thoughtfully composed, for the most part, and you always know where you are and what's at stake from moment to moment.

The script’s scenarios allow for charming, often faintly surreal funny character moments, as when Black’s round yet flouncy Bethany instructs Gillan’s super-fit but still physically awkward Martha on how to be sexy. Black’s "hey, sailor" walk evokes Bugs Bunny in drag, and Gillan’s subsequent “seductive” dance to distract some guards looks as if she’s trying to shake sand out of her shorts while simultaneously dealing with a bad case of swimmer’s ear. The film doesn’t have the nerve to follow some of its more subversive ideas (such as Bethany lusting after Alex) to their logical conclusions, probably because this is an expensive project that’s terrified of alienating a certain sector of the public (imagine the walkouts if Jack Black lip-locked with Nick Jonas in something other than a CPR situation). But it’s still more surprising in more ways than it had to be, and the performers are clearly having such fun playing insecure teenagers that you stay involved even when the thinness of the enterprise becomes undeniable. This is a two-and-a-half star movie, honestly, bumped up a notch because the actors are likable, the film doesn’t have a cruel thought in its head, and the sentimental finale feels earned.

The Bay of Silence 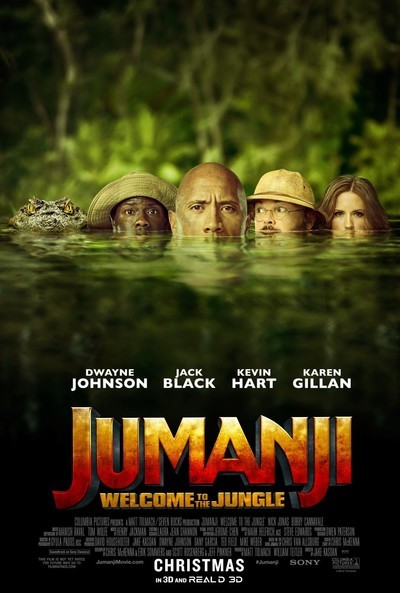 Empathy in the 2020 Presidential Race