You have reached the cached page for https://www.bbc.co.uk/programmes/b09jxjxs
Below is a snapshot of the Web page as it appeared on 2/24/2021 (the last time our crawler visited it). This is the version of the page that was used for ranking your search results. The page may have changed since we last cached it. To see what might have changed (without the highlights), go to the current page.
You searched for: mountain fever movie We have highlighted matching words that appear in the page below.
Bing is not responsible for the content of this page.
BBC Two - Saturday Night Fever - The Ultimate Disco Movie
BBC Two
Saturday Night Fever - The Ultimate Disco Movie
Main content 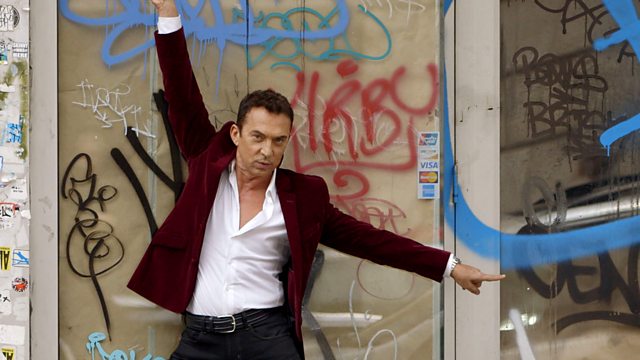 This programme is not currently available on BBC iPlayer

John Travolta, Barry Gibb and the Saturday Night Fever cast and crew tell the story behind the mega-hit film. Bruno Tonioli goes through the disco steps that made movie history.

John Travolta and Barry Gibb star in Saturday Night Fever - The Ultimate Disco Movie, with Bruno Tonioli. This documentary celebrates the 40th anniversary of the 1977 blockbuster dance movie, and sees Strictly Come Dancing's Bruno, who was a young dancer in New York in 1977, walk us through the steps that made the movie legendary. He also revisit the streets of New York where the film was shot and looks back at the success of a film that gave everyone disco fever.

Travolta, Gibb and other members of the cast and crew give gripping accounts of supreme success against a backdrop of setbacks and unexpected twists and turns. Bruno unpacks the skill, athleticism and dedication of Travolta, whose incandescent performance prompted a disco dance craze. We also hear about the potent influence of impresario Robert Stigwood, whose faith in Travolta, and a group who had hit a glitch in their career - The BeeGees, proved visionary.

With clips from the original movie, as well as astonishing access to those involved and rarely seen on-location archive, this programme retells the nail-biting evolution of a groundbreaking US film that originated in the work of a British journalist, saw a director fired, suffered mafia threats, filmed guerrilla style on the streets of Brooklyn, had a newcomer cast, benefited from disco hits written in a weekend and delivered a white suit and a performance from the man who wore it that have gone down in history.