You have reached the cached page for https://www.rottentomatoes.com/m/mountain_fever
Below is a snapshot of the Web page as it appeared on 1/20/2020 (the last time our crawler visited it). This is the version of the page that was used for ranking your search results. The page may have changed since we last cached it. To see what might have changed (without the highlights), go to the current page.
You searched for: mountain fever movie We have highlighted matching words that appear in the page below.
Bing is not responsible for the content of this page.
Mountain Fever (2017) - Rotten Tomatoes
Home
Top Box Office
Tickets & Showtimes
DVD & Streaming
TV
News 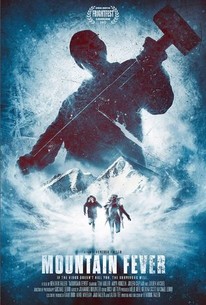 Tap to review this movie

As a fatal flu virus devastates Europe, Jack, a young man from the city, takes refuge in the French Alps. Ill-equipped to survive the harsh winter, things only get worse when Kara, armed and dangerous, breaks into his house and commandeers his dwindling food supplies. His inept plan to get rid of her disintegrates when outsiders invade the house, turning his captor into his only ally. A siege ensues and Jack learns there is more to the relationship between Kara and the assailants. But time is running out for all of them as supplies run low and the deadly flu virus spreads through the house. Forced to confront his new reality, Jack must choose a side or take things into his own hands if he hopes to survive. An ice cold thriller, Hendrik Faller's feature debut is an action packed look at human nature in times of crisis.

There are no featured audience reviews for Mountain Fever at this time.