You have reached the cached page for https://www.mrskin.com/vikings-nude-scenes-t51755
Below is a snapshot of the Web page as it appeared on 2/27/2021 (the last time our crawler visited it). This is the version of the page that was used for ranking your search results. The page may have changed since we last cached it. To see what might have changed (without the highlights), go to the current page.
You searched for: morgane polanski vikings We have highlighted matching words that appear in the page below.
Bing is not responsible for the content of this page.
Vikings Nude Scenes, Pics & Clips ready to watch - Mr. Skin 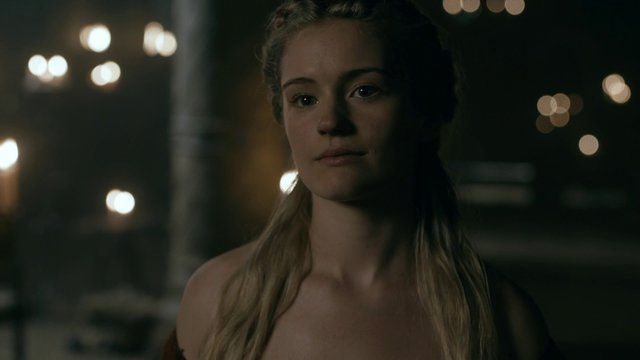 Alicia Agneson
Nude, breasts, butt Ep. 05x03 | 00:04:57 A guy tells Alicia to disrobe and we get a nice look at her ass, followed by a great look at her breasts when she mounts him!

Strapping Scandinavians are raiding the countryside looking for good times and glory in Vikings. Ragnar (Travis Fimmel) is a Viking warrior with an appetite for adventure. He longs to raid into the unexplored despite his chieftains directions to head eastward, while his brother Rollo (Clive Standen) secretly longs to raid the panties of Ragnar's wife, Lagertha (Katheryn Winnick). Swords will certainly be clanging though, whether it’s over villages to be looted or maidens seduced. Vikings has some of the most prolific sex scenes we've seen on TV, and we have all the unedited cuts right here!  Vikings were no strangers to the razor, so let’s assume that the neatly trimmed hairpie trotted out by Maude Hirst for this series is historically accurate. The feisty blonde went fantastically full frontal in episode 5, and the carpet definitely matches the drapes. Ida Marie Nielsen went totally full frontal when she walked through a forest naked to make out with one lucky clothed dude! Blonde stunner Katheryn Winnick does a straight sex scene before showing off her lesbian side when she makes out with a brunette, plus the princess (played by Alyssa Sunderland) strips down to take a bath in a stream while two guys check out her T&A. Karen Hassan taps into her BDSM side when she gets voluntarily tied up and whipped, while Dianne Doan lets a guy give her a bath, an orgasm, and a good lick across the soles of her feet. Brunette Amy Bailey lets her girls bounce when she rides a guy, Gaia West did her nude debut when she pulled down her dress to bare her boobs, and both Jennie Jacques and Morgane Polanski did hot sex scenes that sadly had no nudity. These Viking vixens were Bjørn to bare all!