You have reached the cached page for https://icelebritylove.com/tv-movies/vikings-recap-what-happened-to-morgane-polanski-as-gisla/
Below is a snapshot of the Web page as it appeared on 1/7/2021 (the last time our crawler visited it). This is the version of the page that was used for ranking your search results. The page may have changed since we last cached it. To see what might have changed (without the highlights), go to the current page.
You searched for: morgane polanski vikings We have highlighted matching words that appear in the page below.
Bing is not responsible for the content of this page.
Vikings recap: What happened to Morgane Polanski as Gisla? - I Celebrity Love

Vikings recap: What happened to Morgane Polanski as Gisla?

Vikings is airing on History and Prime Video, and the series is now in its sixth and final season. During the mid-season break, fans are remembering some characters from previous seasons, including the French Princess Gisla (played by Morgane Polanski). Fans are wondering what happened to Polanski as Gisla, and Express.co.uk has everything you need to know.

What happened to Morgane Polanski as Gisla?

Gisla was introduced in season three of Vikings, and she was the daughter of the French Emperor Charles (Lothaire Bluteau).

Gisla was known for being very involved in the running of her country, and she was not someone to be messed with.

Ragnar Lothbrok (Travis Fimmel) and the rest of the Vikings managed to find a way into the city during a raid.

Gisla suggested she and her father stay instead of flee, as they needed to support their people.

The princess planned a counter-attack on the Vikings and this was when she spotted Ragnar’s brother, Rollo (Clive Standen). 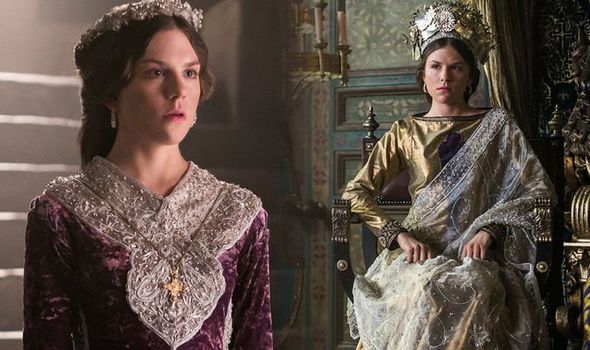 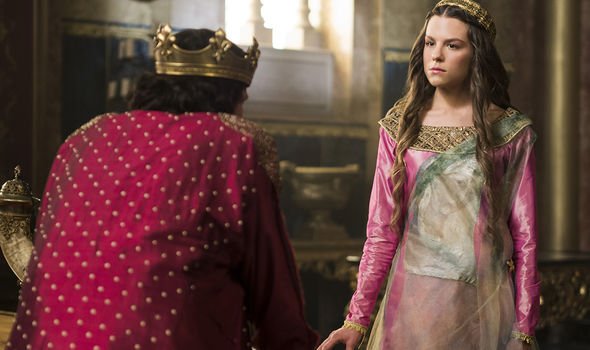 The Vikings staged a second attack on the city and Gisla headed out to investigate.

Again she spotted Rollo fighting and she was curious as to how the Vikings behave.

In one of the later episodes Ragnar, who was presumed dead, returned to the kingdom to overthrow Gisla.

He took her hostage but later released her before returning back to Kattegat.

Ragnar left Rollo and a few others behind, and Gisla’s father suggested a marriage between Gisla and Rollo. 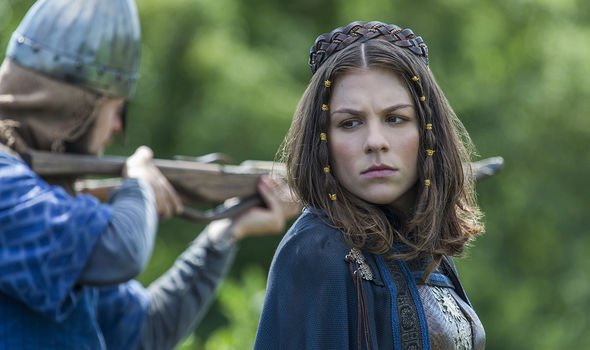 At first she was disgusted at the idea, and refused to go along with the marriage.

However Rollo, who cannot speak the language, was oblivious to her outburst and was willing to make it work.

Gisla cried when she saw Rollo on their wedding day and she continued to show hatred towards him.

However, in a bid to understand her more, Rollo agreed to learn French so he could communicate with his new wife.

This changed Gisla’s mind and she had a new-found love and respect for Rollo. 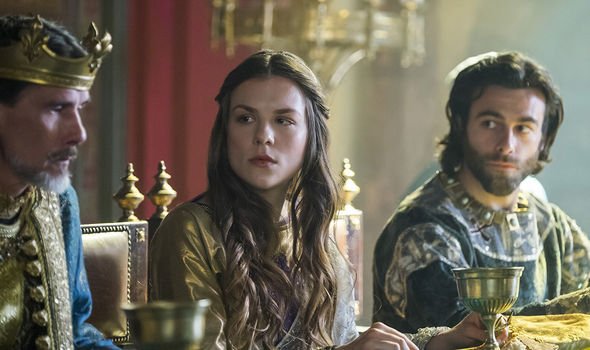 Later in the series, Rollo planned to head back to find Ragnar and Rollo promised he would not betray France.

In season four Gisla was in Normandy with Rollo when the Vikings visited to negotiate a path through to the Mediterranean sea.

Rollo said he wanted to go with the Vikings and the pair ended up in an argument, with Gisla saying he was not paying enough attention to her or their children.

Rollo ended up joining the Vikings and Gisla was angry that her husband abandoned her.

Fans are wondering whether Gisla will make an appearance in season six, part two, which should air before the end of 2020.

They have taken to Twitter to express their love for her character, with one fan saying: “I think I fell in love with Morgane Polanksi after Vikings.”

In an interview with ShowbizJunkies, Polanski said of Gisla and Rollo’s relationship: “That’s hard to say without spoiling. Let’s just say that there’s a journey going on [with] ups and downs.

She called working on the series an “amazing experience” and there is still a chance her character could return.

If Bjorn Ironside (Alexander Ludwig) calls on his uncle Rollo once more for support, fans may find Gisla back on their screens. Here’s an idea for politicians and their staff: Stop the slogans Donald Trump on whether he respected John Lewis: ‘He didn’t come to my inauguration’ Vikings recap: What happened to Morgane Polanski as Gisla? We and our partners use cookies on this site to improve our service, perform analytics, personalize advertising, measure advertising performance, and remember website preferences.Ok