You have reached the cached page for https://screenrant.com/mollys-game-movie-true-story-accurate-changes/
Below is a snapshot of the Web page as it appeared on 1/21/2021 (the last time our crawler visited it). This is the version of the page that was used for ranking your search results. The page may have changed since we last cached it. To see what might have changed (without the highlights), go to the current page.
You searched for: molly's game movie We have highlighted matching words that appear in the page below.
Bing is not responsible for the content of this page.
Molly’s Game True Story: What Jessica Chastain’s Movie Changed
By Shannon Lewis Apr 03, 2020
Email

Written by Aaron Sorkin, Molly’s Game also served as the screenwriter’s directorial debut. Sorkin has certainly made a name for himself in the biopic scene, having written the screenplay for award winning films such as Charlie Wilson’s War, The Social Network, Moneyball, and Steve Jobs. Molly’s Game features a star-studded cast, with Jessica Chastain in the titular role, Idris Elba as lawyer Charlie Jaffey, Kevin Costner as father Larry Bloom, and Michael Cera as the nasty Player X.

Continue scrolling to keep reading Click the button below to start this article in quick view.
Start now

After a serious injury ruined her chances of skiing at the Olympics, Molly Bloom’s life changed direction. She moved to Los Angeles in 2001, intending to take a year off before going to law school. Couch-surfing and working as a waitress to make ends meet, it was there that Bloom first got a job working as an assistant in the Viper Room running weekly high-stakes poker games. She eventually moved up from assistant to game-runner, making as much as $4 million a year. Following a move to New York, a run-in with the mafia, drug addiction, and a major court case, the FBI eventually shut Bloom down. The film follows this storyline, giving narrative shape to the wild tale. Here is the true story of what happened, including some details Molly’s Game leaves out.

The Club In Molly's Game Is Different In Real Life

Everything portrayed up until Molly moves to LA in Molly’s Game is extremely accurate of the true story. Her father’s overbearing insistence on excellence, her skiing career and accident, and her start as a waitress make appearances both in Bloom’s memoir and in interviews with the ex “Poker Princess”. Like in real life, barring some name changes, Dean Keith (Jeremy Strong) met Molly while she was waitressing and offered her a gig as his assistant at his night club. The movie changes the name of the club, though.

In Molly’s Game, it is called The Cobra Lounge, while the real-life poker games took place at The Viper Room, found on the Sunset Strip. The connection between the names is clear, although the movie’s tweak does remove some of the history from the location. The Viper Room, part-owned by Johnny Depp between 1993 and 2004, was a famous celebrity gathering point; it is where River Phoenix died from a drug overdose in 1993. Where Molly’s Game depicts The Cobra Lounge with a flashy neon sign stereotypical of West Hollywood, The Viper Club’s current exterior is far more downplayed: a simple matte black.

Molly's Game Changes The Name Of The Club Owner

The only real detail Molly’s Game changed about the club owner who first launched Molly into the world of underground poker is his name. The movie calls him Dean Keith; Bloom’s memoir calls him Reardon Green. In real life, his name was Darin Feinstein, a co-owner of The Viper Room who brought Molly on as an executive assistant. The more insane details in the movie about Molly’s experiences working with Keith are relatively true to life. The scene in which he yells at Molly for buying “poor people bagels” is something that actually happened, according to her memoir.

Who Is Molly’s Game's Player X?

In 2014, Molly Bloom published her memoir, Molly's Game: The True Story of the 26-Year-Old Woman Behind the Most Exclusive, High-Stakes Underground Poker Game in the World. In it, Bloom is careful about who she names, and who remains anonymous. Celebrities like Leonardo DiCaprio, Ben Affleck, and Macaulay Culkin became known participants in the underground poker scene after a court case turned public; the bank sued Molly for the money one of her players, Ponzi scheme runner Bradley Ruderman, had lost in the game. In her book, Bloom only refers by name to the people who the media had already outed, protecting the identity of her players who remained anonymous. Taking that one step further, the only real name used in the movie is Molly’s own.

Related: The Social Network True Story: Everything The Facebook Movie Got Wrong

Player X in Molly’s Game is quite clearly meant to represent Tobey Maguire, who Molly names in her book. The movie even nods at this association by stating Player X had once portrayed a superhero; Maguire famously played Spiderman in the mid-2000s trilogy. According to Molly’s book, Maguire was a terrible tipper, amazing player, and awful loser. In the movie, Player X goes on to take control of Molly’s weekly game, whereas in real life, it was another player. However, like in the movie, Maguire really did call Molly to gleefully inform her she had lost the game.

Idris Elba’s character, Charlie Jaffey, is one of the more fictional elements in Molly’s Game. While Molly certainly did hire lawyers over the course of her court cases, Jaffey is an agglomeration, Sorkin’s way of integrating his point of view into the movie. In fact, Sorkin didn’t even interview Bloom’s real-life lawyer, Jim Walden, to allow himself one wholly fictional element. This distance from reality allowed Sorkin to use Jaffey to shape his narrative; the questions he was asking Molly Bloom when they first met, he could have Jaffey express.

One detail from real life that did make it across is how both Jaffey and Walden really did vouch for Molly to the tune of $250,000 she didn’t have. Interestingly, the fictional law firm Jaffey works for, Gage Whitney, has made several appearances in Sorkin’s work, including in The West Wing and Studio 60. But overall, the Molly’s Game true story remains intact, despite this fictional person being included.

The Molly’s Game ending brings her and her father together, where he finally acts the part of supportive parent before her trial. This scene doesn’t make it into Bloom’s memoir, although that is because she wrote it before her actual sentencing. Molly’s Game takes its inspiration from both the memoir and close work between Sorkin and Bloom herself, so Bloom was there to fill in the details between 2014, when the book was published, and 2017, when the movie hit theaters. Another minor timeline difference comes down to her book’s role in the movie. When she meets with Jaffey, he has read her memoir and come up with an opinion on her based around it. However, because the book was published between Molly’s arrest and sentencing, it is unlikely Jaffey (or his equivalent) would have had time to do this in real life.

Overall, the changes between real life and Molly’s Game were minor. Bloom herself was the one to approach Sorkin, rather than the other way around. Molly’s Game is a testament to the benefit of close relationships between the screenwriter, source material, and subject. In an interview with Vice about the film, Bloom said, “[Sorkin] didn’t deviate from the truth. A lot of films in this biopic category play with a lot of creative licenses, and yes, there was some of that in terms of how he dealt with certain composite characters, but the rest was all true.” 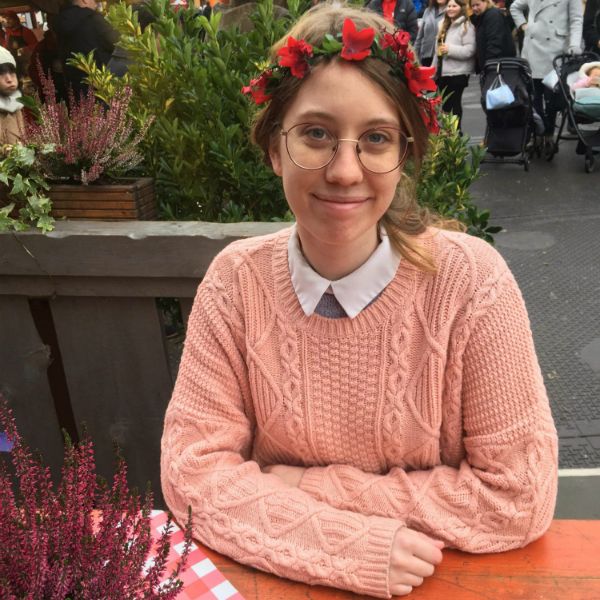 Shannon Lewis is a features and news writer on Screen Rant. She has experience in editorial working as the deputy editor for Specialty Food, an online and print magazine, curating its news section and social media. She has worked as a freelance writer since 2017, writing articles, features, and profiles in a wide range of topics, from business and tech to pop culture and media. Previously, she has also worked as a ghost writer for a fiction manuscript, and co-founded arts-and-literature magazine, Octarine. Hailing from Queretaro, Mexico, she is a graduate of the University of East Anglia's English Literature with Creative Writing program. An avid reader and fan of writing, she leverages her love of literature to dissect movies in her favorite genres, including horror, rom-coms, and superhero movies. Her focus is on the cross-section between story, cultural background, and character development. When she isn't busy reading everything ever published under the mantle of Image Comics, you might find her writing fiction, rock climbing, or putting together a horror anthology with friends.

The Matrix 4 Title May Continue A Bad Hollywood Trend

Why Suicide Squad's Ayer Cut Would Be Good For The DCEU

Why Titanic is Only Rated PG-13

The DCEU is Telling One Hero Story the MCU Won’t

Space Sweepers Trailer Looks Like Netflix’s Guardians of the Galaxy