You have reached the cached page for https://www.legacy.com/us/obituaries/qconline/name/michael-green-obituary?pid=197525733
Below is a snapshot of the Web page as it appeared on 10/16/2021 (the last time our crawler visited it). This is the version of the page that was used for ranking your search results. The page may have changed since we last cached it. To see what might have changed (without the highlights), go to the current page.
You searched for: michael green obituary illinois We have highlighted matching words that appear in the page below.
Bing is not responsible for the content of this page.
Michael Green Obituary (1955 - 2021) - Davenport, IA - The Rock Island Dispatch Argus
Michael Lee Green
1955 - 2021 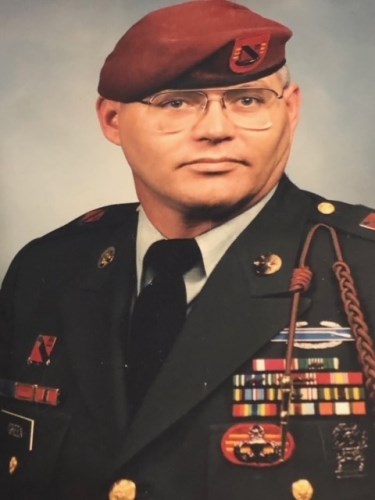 Michael Lee Green, 65, who resided with Debbie Carlson in Chandler, Arizona passed away on December 11, 2020, after an extended Illness.

A graveside service will be held with full Military Honors at the Rock Island Arsenal at a later date.

Michael was born May 12, 1955 in Rock Island, Illinois to Major Lee and Joyce Ann (Harder) Green.

Mike attended and Graduated from Rock Island High school in 1973 as a multisport athlete. Mike as a season ticket holder and fan, loved attending Chicago Cubs spring training games in Arizona. He was also a lifelong Chicago Bears and Alabama Crimson Tide fan as well as an avid amateur golfer.

Mike joined the U.S Army in 1976 as a member of the 82nd Airborne Division at Fort Bragg, N.C. and participated as an honor guard for President Carter's inauguration in 1977. During his service, Mike served in Germany and Korea and participated in combat operations in Panama, Granada and Kuwait for operation Desert Storm. Mike retired from the Army as a Sergeant First Class in 1999 after 23 years of service earning several medals and was awarded the Bronze Star.

Mike was proceeded in death by his parents, Major and Joyce Green and a younger brother, Steve.

Memorials in Mike's name may be made to the Wounded Warriors Program or K-9 For Warriors.

Published by The Rock Island Dispatch Argus on Jan. 17, 2021.
To plant trees in memory, please visit the Sympathy Store.
MEMORIAL EVENTS
To offer your sympathy during this difficult time, you can now have memorial trees planted in a National Forest in memory of your loved one.
MAKE A DONATION
Please consider a donation as requested by the family.
MEMORIES & CONDOLENCES
0 Entries
Be the first to post a memory or condolences.