You have reached the cached page for https://ballotpedia.org/Mel_Ponder
Below is a snapshot of the Web page as it appeared on 10/17/2021 (the last time our crawler visited it). This is the version of the page that was used for ranking your search results. The page may have changed since we last cached it. To see what might have changed (without the highlights), go to the current page.
You searched for: mel ponder wikipedia biography We have highlighted matching words that appear in the page below.
Bing is not responsible for the content of this page.
Mel Ponder - Ballotpedia

This page was current at the end of the official's last term in office covered by Ballotpedia. Please contact us with any updates.
Mel Ponder 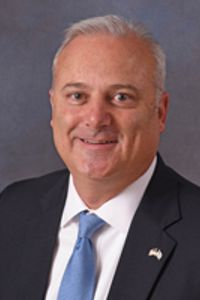 Ponder (Republican Party) ran for re-election to the Florida House of Representatives to represent District 4. He withdrew before the Republican primary on August 18, 2020.

Assemblymember Ponder was born on May 28, 1968, in Ocala, FL and attended Florida State University.[1] Ponder previously served as the mayor of Destin, Florida from 2014 to 2016.[2]

Ponder was assigned to the following committees:

At the beginning of the 2017 legislative session, this legislator served on the following committees:

Rebecca Koelzer advanced from the Democratic primary for Florida House of Representatives District 4 on August 28, 2018.

Incumbent Mel Ponder advanced from the Republican primary for Florida House of Representatives District 4 on August 28, 2018.

Elections for the Florida House of Representatives took place in 2016. The primary election took place on August 30, 2016, and the general election was held on November 8, 2016. The candidate filing deadline was June 24, 2016.

Note: The finance data shown here comes from the disclosures required of candidates and parties. Depending on the election or state, this may represent only a portion of all the funds spent on their behalf. Satellite spending groups may or may not have expended funds related to the candidate or politician on whose page you are reading this disclaimer. Campaign finance data from elections may be incomplete. For elections to federal offices, complete data can be found at the FEC website. Click here for more on federal campaign finance law and here for more on state campaign finance law.

Ponder won election to the Florida House of Representatives in 2016. During that election cycle, Ponder raised a total of $154,971.

Click here for an overview of legislative scorecards in all 50 states.  To contribute to the list of Florida scorecards, email suggestions to editor@ballotpedia.org.

In 2020, the Florida State Legislature was in session from January 14 to March 19.

Legislators are scored on their votes on business issues.

Legislators are scored on their votes on bills related to business issues.

Legislators are scored on their votes on bills related to business issues.

Legislators are scored on their votes on conservative issues.