You have reached the cached page for http://www.multiversitycomics.com/news/phoenix-song-echo/
Below is a snapshot of the Web page as it appeared on 9/19/2021 (the last time our crawler visited it). This is the version of the page that was used for ranking your search results. The page may have changed since we last cached it. To see what might have changed (without the highlights), go to the current page.
You searched for: maya lopez echo We have highlighted matching words that appear in the page below.
Bing is not responsible for the content of this page.
Marvel Announces “Phoenix Song: Echo” – Multiversity Comics 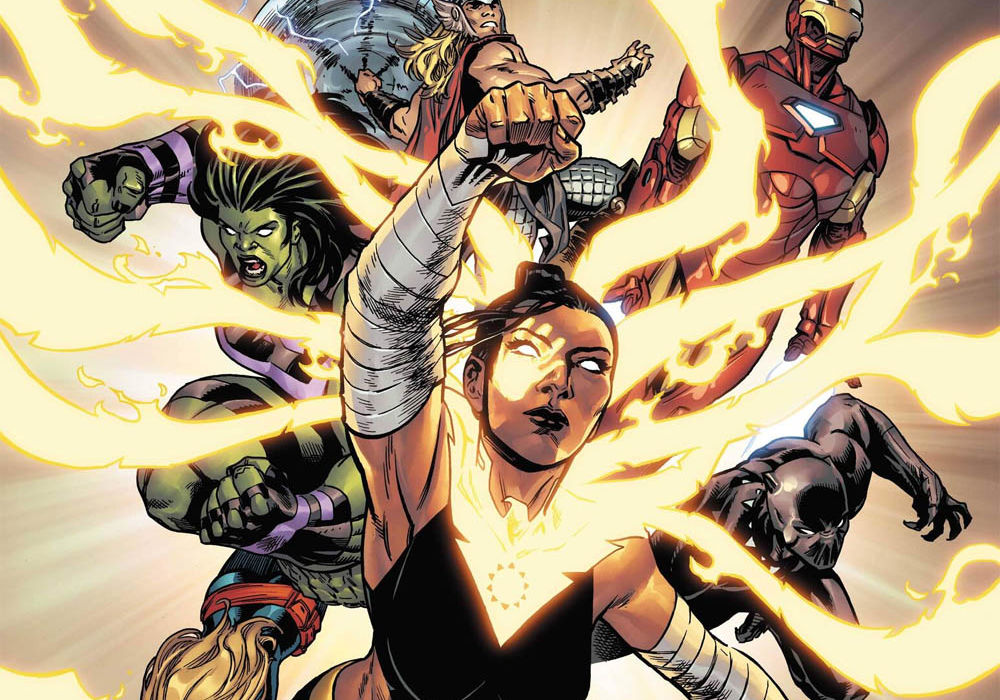 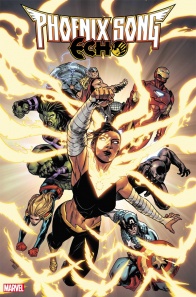 Cover by Cory Smith
Marvel Comics have announced that Cheyenne Avenger Echo (Maya Lopez) will star in “Phoenix Song: Echo,” a new series by author Rebecca Roanhorse (Trail of Lightning, Black Sun), and artist Luca Maresca (“Avengers”). Spinning out of the events of Jason Aaron and Javier Garron’s “Avengers” arc ‘Enter the Phoenix,’ the series will see Echo — now the new host of the Phoenix Force — dealing with her new powers, and seeking to find out why the Phoenix has bonded with her.

Per the synopsis, the story will see Maya returning to her family’s reservation, to uncover a possible connection between her ancestors and the Phoenix. But “where power goes, evil follows. Someone wants Echo to fail — and unleash a power only the greatest heroes in history have been able to control.” The press release also promises “the debut of new heroes, and the shocking return of an iconic X-Men villain.”

Roanhorse, who is of Ohkay Owingeh Pueblo and African American descent, made her comic book debut with an Echo story in last year’s special, “Marvel’s Voices: Indigenous Voices.” She said, “I am excited to return to Echo in her first solo series and follow this thrilling new direction Jason Aaron has taken her. Readers will see some old favorites reimagined and some entirely new characters as Echo comes to terms with the incredible and dangerous powers of the Phoenix.”

Echo was created by David Mack and Joe Quesada, and first introduced in 1999’s “Daredevil” #9. A deaf pianist, dancer and martial artist, she has the ability to mimic anyone’s abilities after watching them in action. She became the first Avenger to take up the mantle of Ronin in 2005’s “New Avengers” #11, and coincidentally, she will be played by Alaqua Cox in Disney+’s Hawkeye series. Cox, who is Menominee and deaf, is also reportedly set to reprise the role in a solo TV show.

“Phoenix Song: Echo” #1 will be released digitally and in comic book stores on October 6, 2021, with a main cover by Cory Smith, and a variant cover by Leinil Francis Yu, which you can view here.

Chris is the news manager of Multiversity Comics. A writer from London on the autistic spectrum, he enjoys tweeting and blogging on Medium about his favourite films, TV shows, books, music, and games, plus history and religion. He is Lebanese/Chinese, although he can't speak Cantonese or Arabic.