You have reached the cached page for https://www.dailymail.co.uk/tvshowbiz/article-3813000/Welcome-world-Mad-Men-s-Sam-Page-wife-Cassidy-Boesch-announce-birth-son-Logan.html
Below is a snapshot of the Web page as it appeared on 6/22/2021 (the last time our crawler visited it). This is the version of the page that was used for ranking your search results. The page may have changed since we last cached it. To see what might have changed (without the highlights), go to the current page.
You searched for: matthew margeson wikipedia actor sam page and his girlfriend We have highlighted matching words that appear in the page below.
Bing is not responsible for the content of this page.
Mad Men's Sam Page and wife Cassidy Boesch announce birth of son Logan | Daily Mail Online

By Paul Chavez For Dailymail.com

Sam Page took to social media to announce he and wife Cassidy Boesch have welcomed their first child, a baby boy named Logan.

The 39-year-old Mad Men actor posted an Instagram snap on Tuesday of the smiling infant cuddled up next to the family's dog.

'The newest, best and brightest part of my life hanging out with the chillest and hairiest part. These two are going to learn a lot from each other. Welcome to the world, my son Logan,' Sam wrote in the caption. 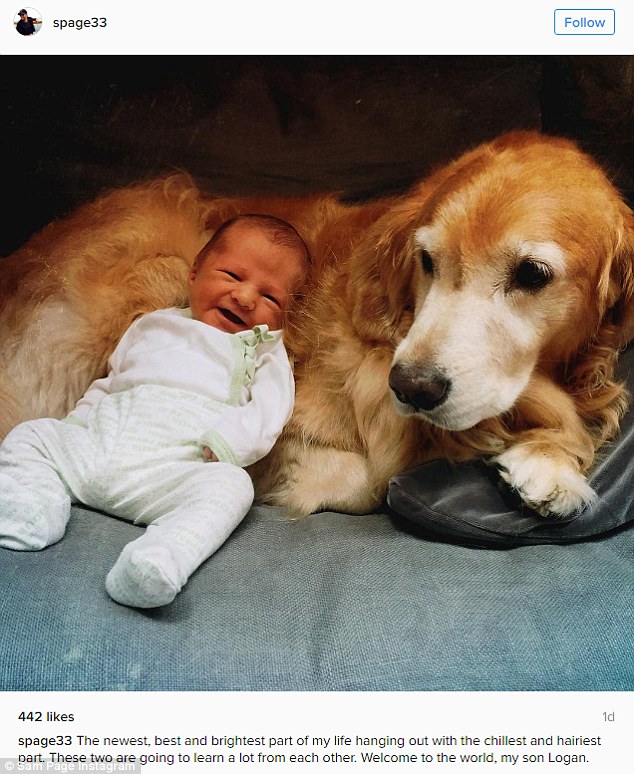 New addition: Sam Page shared a photo on Tuesday of new son Logan with the family dog on Instagram

The former Mad Men actor also posted a tender snap on Wednesday showing himself in a chair holding the sleeping infant.

'The new normal,' Sam wrote in the caption.

Sam and Cassidy were married in November 2014 at Villa Sevillano in Montecito, California. 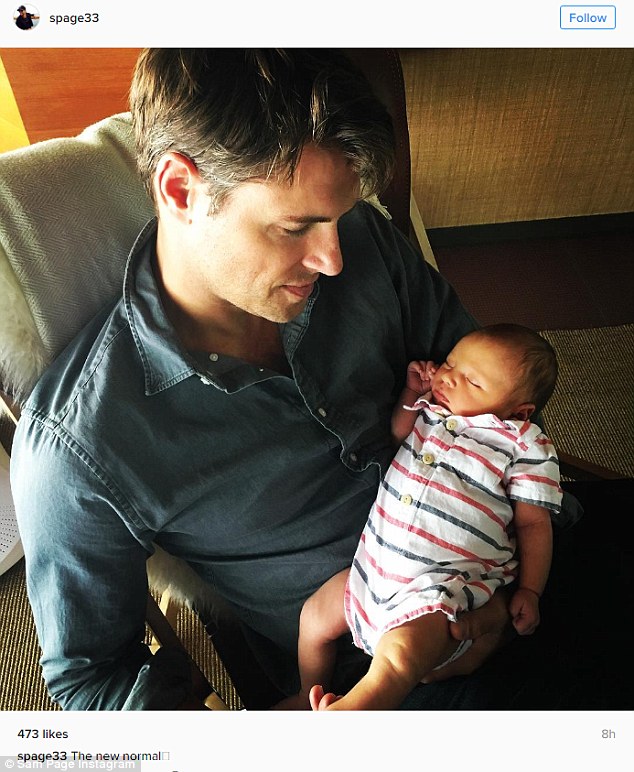 Tender moment: The actor also posted a snap on Wednesday of himself holding the baby

Sam had a memorable nine-episode run on Mad Men from 2008 to 2012 as Greg Harris, the doctor ex-husband of Joan Harris, played by Christina Hendricks.

The Wisconsin native also was featured on multiple episodes of Gossip Girl, Desperate Housewives, Greek, Shark, Switched At Birth and House Of Cards.

He also appeared earlier this year in an episode of the hit Netflix show Unbreakable Kimmy Schmidt. 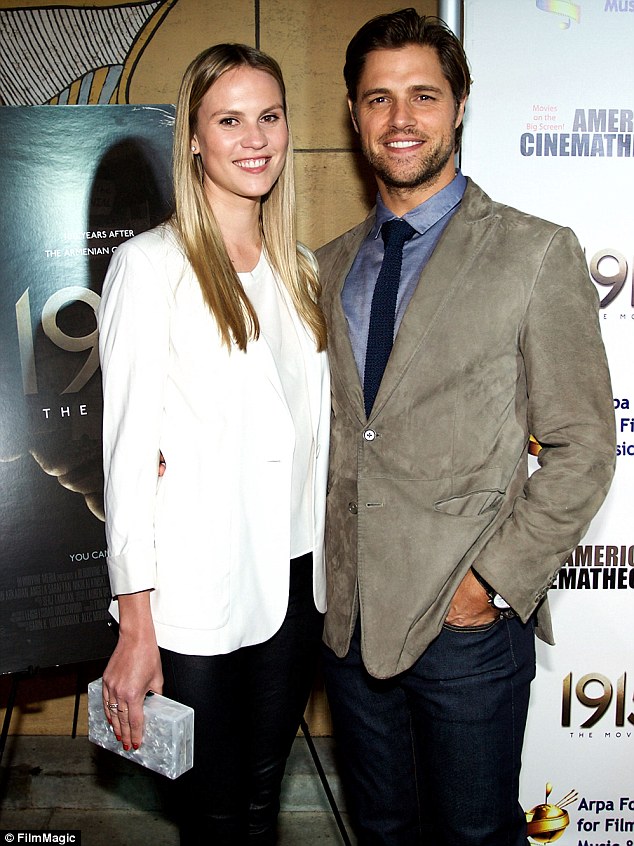 Husband wife: The TV star and his wife Cassidy Boesch are shown in April 2015 in Los Angeles 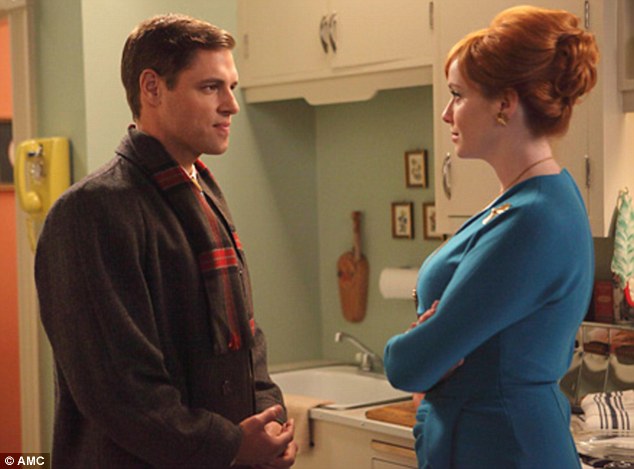 Hit show: Sam is shown with Christina Hendricks from a season four still of Mad Men

He also had a featured role in the 2016 comedy/drama The Tiger Hunter that premiered in April at the Los Angeles Asian Pacific Film Festival. 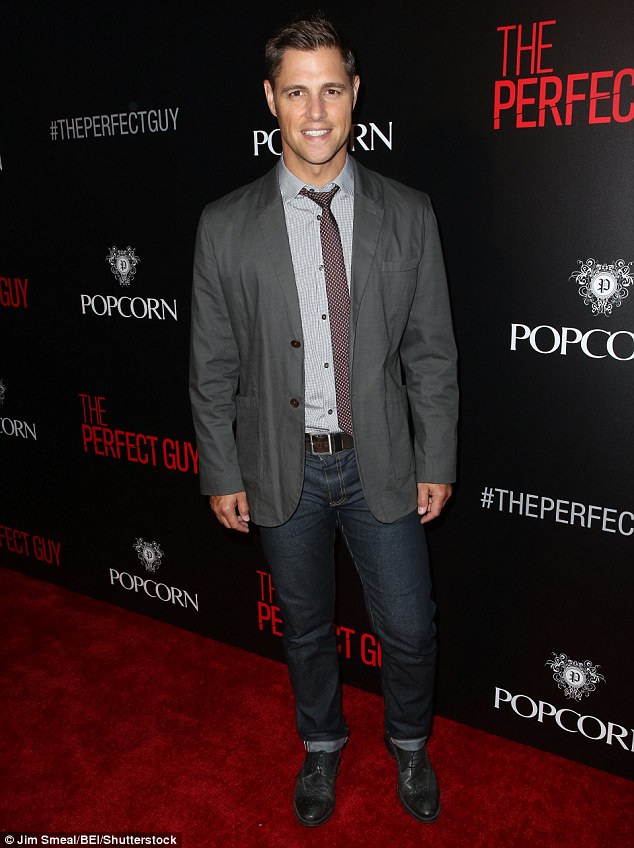 Keeping busy: The actor, shown in September 2015 in Los Angeles, has been on All My Children, Shark, Gossip Girl and Mad Men