You have reached the cached page for https://www.classicfilmtvcafe.com/2018/12/five-best-philo-vance-movies.html
Below is a snapshot of the Web page as it appeared on 6/18/2021 (the last time our crawler visited it). This is the version of the page that was used for ranking your search results. The page may have changed since we last cached it. To see what might have changed (without the highlights), go to the current page.
You searched for: mary and the witch's flower movie theater lancaster pa christmas show We have highlighted matching words that appear in the page below.
Bing is not responsible for the content of this page.
Classic Film and TV Café: The Five Best Philo Vance Movies

Having been a Philo Vance aficionado since my teenage years, I can attest that no actor has captured the uppity, intellectual sleuth. Willard Huntington Wright, writing under the pseudonym S.S. Van Dine, penned twelve Vance novels between 1926 and 1939. The first four are excellent mysteries that minimize the academic discourse that would plague the later works. William Powell played the detective four times on the screen...but his portrayal wasn't the best. Without further...discourse...here are our picks for the five best Philo Vance movies:

1.  The Dragon Murder Case (1934) - At a country estate in upper New York, wealthy playboy Sanford Montague disappears after a night-time dive into a natural lake called the Dragon Pool. When Montague fails to turn up after a day, the police drain the pool and discover claw marks on the sandy bottom. Later, detective Philo Vance discovers Montague's dead body in a "glacial pot-hole" on another part of the estate. The victim's mangled body is covered with large claw marks--as if he had been ripped open by a dragon. This snappy, atmospheric mystery features a fine performance from Warren William as an acerbic Vance and Eugene Pallette as the blustery Sergeant Heath (a role he played previously opposite Powell). It's too bad Warren William only played Vance one other time in the comedic The Gracie Allen Murder Case (1939).

2.  The Kennel Murder Case (1933) - In his famous book The Detective in Film, author William K. Everson lauded this as one of the three best detective films ever made. I wouldn't go that far, but it is William Powell's best Philo Vance film. Set against the backdrop of the Long Island Kennel Club, this is a "locked room mystery" in which the victim is found locked inside his bedroom, an apparent suicide victim. That's not the case, of course! Michael Curtiz stylishly directs, using camera movement and quick transitions to tighten the film's pace.

3.  Calling Philo Vance (1940) - This "B" remake of The Kennel Murder Case is pretty good on its own terms, weaving espionage into the plot and making Vance more action-oriented. Despite the changes, James Stephenson makes a very good Philo Vance. Warner Bros. intended to make a new series starring him, but Stephenson died of a heart attack at age 52 in 1941. He was Oscar-nominated as Best Supporting Actor the previous year opposite Bette Davis in The Letter.

4.  The Bishop Murder Case (1930) - This early talkie is slow as molasses and rather tedious. However, it features a crisp performance by Basil Rathbone as Philo, who displays much of the cutting persona that graced his later Sherlock Holmes interpretation. The plot is also a clever one involving nursery rhymes and chess. It was based on my favorite of the Philo Vance novels and needs to be remade one day!

5.  The Green Murder Case (1929) - My wife and father maintain that the source novel for Powell's second film was the best novel (no, it's second best!). The plot is ostensibly about one of those wealthy families where everyone is bumped off so the killer can claim a large inheritance. Jean Arthur plays Ada Greene, one of the suspects. The cunning mystery still holds up, even if the production now seems dated and the usually reliable Eugene Pallette comes across as too inept as Sergeant Heath. 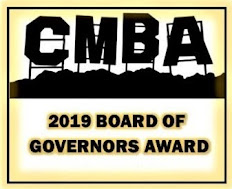 If you are signed into a Google/gmail account, click the "Sign in" in the upper-right part of the Cafe's screen. View the blog again and when you're ready to comment, your Google name is pre-filled. Based on feedback from our readers, we have eliminated anonymous comments. Any comments considered inappropriate or not relevant may be rejected at the editor's discretion.

This site uses cookies from Google to deliver its services and to analyze traffic. Information about your use of this site is shared with Google. By using this site, you are agreeing to its use of cookies.

The Cafe uses images to enhance its criticism and comments on classic films. If you feel this "fair use" violates your copyright of an image, please e-mail us at rick@classicfilmtvcafe.com and the image will be removed immediately.

The Cafe's Index of Topics and Authors

When leaving comments at the Cafe, please focus on the contents of the post. Differing opinions are welcomed! Negative comments directed at the bloggers or other commenters are not--and will be deleted.