You have reached the cached page for https://www.insidehook.com/article/movies/real-mystery-behind-hitchcocks-marnie-cinematic-crime-women
Below is a snapshot of the Web page as it appeared on 1/14/2021 (the last time our crawler visited it). This is the version of the page that was used for ranking your search results. The page may have changed since we last cached it. To see what might have changed (without the highlights), go to the current page.
You searched for: marnie hitchcock movie We have highlighted matching words that appear in the page below.
Bing is not responsible for the content of this page.
The Real Mystery Behind Hitchcock’s “Marnie” — Is It a Cinematic Crime Against Women? - InsideHook
InsideHook
InsideHook
Movies | October 9, 2018 5:00 am

The Real Mystery Behind Hitchcock’s “Marnie” — Is It a Cinematic Crime Against Women?

Met hosting opera in #metoo era, but rape scene was uncomfortable even back in '64.

Sean Connery and Tippi Hedren on the set of Marnie, based on the novel by Winston Graham and directed and produced by British Alfred Hitchcock. (Photo by Universal Pictures/Sunset Boulevard/Corbis via Getty Images)
By Stephen Whitty

“Marnie” was problematic before “problematic” was a thing.

Half a century before that word became the rallying cry of politically correct Twitterati, Alfred Hitchcock released his adaptation of the Winston Graham novel. Even in those unliberated, pre #MeToo days, it felt as twisted as a corkscrew.

And now, weirdly in an era in which Hitchcock’s own legacy is seen by many as sinister, it’s back.

Although the film wasn’t a hit in 1964, the story’s been getting a second chance. Hitchcock’s version received a special Film Society of Lincoln Center screening in September. This month, Nico Muhly’s 2017 opera, also based on the Graham novel, will play The Met.

It’s still unclear how much this production will align with the Hitchcock version. But even if it just reprises the story’s broad outlines, it’s going to be an odd evening of entertainment.

In the original movie, Marnie is a beautiful lady thief who gets caught helping herself to stacks of a handsome businessman’s cash. Instead of turning her over to the police, though, he blackmails her into marrying him. That’ll teach her.

Marnie isn’t just a thief, though. She’s also suffering from PTSD. Rainstorms send her into hysterics. So does the color red. And, she warns her new husband, don’t expect much of a marriage. She cannot – will not – allow a man to touch her.

So, on their honeymoon, he rapes her.

And this guy’s is supposed to be the movie’s hero. 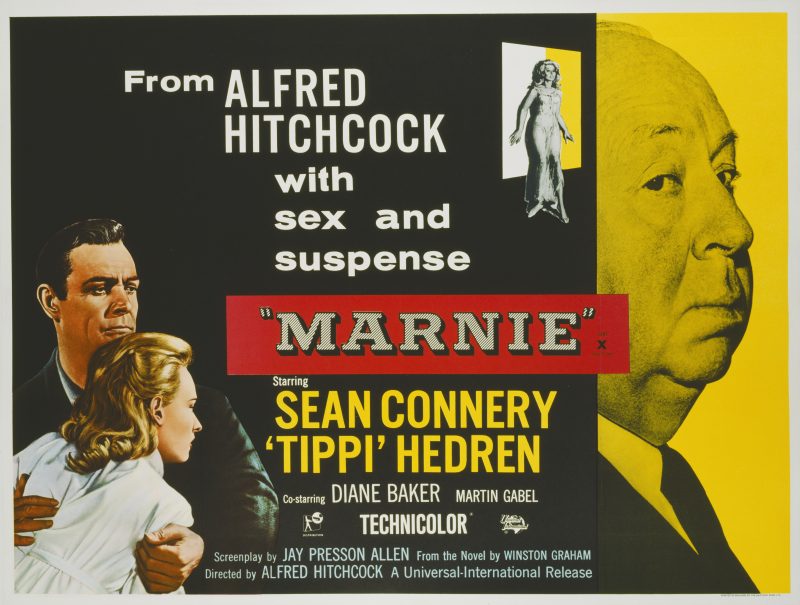 It was bizarre to accept even then, and it’s especially hard now to imagine something that’s more out-of-step with our current, slowly wakening understanding of sexual harassment and toxic masculinity.

Except for, maybe, a few dozen more of the classic movies we all grew up on.

Think of other Hitchcock films, like “The Birds,” with its constant terrorizing of Tippi Hedren — until it finally, successfully, breaks her, leaving her mute and childlike. Or pictures like “Dial M for Murder” and “Frenzy,” which sexualize violence against women, or feature a graphic rape.

Can we still watch those movies, today, is precisely the same way we once did?

Or even think all those Marx Brothers movies, with Harpo chasing some screaming young woman around a desk. Or all the classic rom-coms, with a stubborn suitor acting in half-a-dozen ways that would probably bring a restraining order today.

It may seem silly to object so many decades later. But is it worse to not even notice?

And this is just the way the movies treated women. We’d need a lot more space and a lot more articles to talk about LGBT people, and African-Americans, and Hispanics and how filmmakers regularly stereotyped or insulted them.

Or simply, completely ignored them — creating a completely segregated world (and I don’t care how much you loved John Hughes movies) where everyone was white and straight and suburban and middle-class.

Of course, it’s unfair to condemn yesterday’s movies for not measuring up to today’s sensitivities. And it would be a crime if any kind of self-righteous hindsight deprived modern audiences of the glory of Groucho, or even the silly courtship comedy of a Doris Day movie.

We can appreciate stories even if we don’t agree with them. I still love “The Honeymooners,” even if Ralph Kramden regularly threatens to send his wife to the moon.

But even back then, didn’t anyone think any of this behavior was, well, “problematic”? That marital rape was, maybe, pushing things too far?

Evan Hunter did. The “Marnie” screenwriter — who also wrote mystery novels under the name Ed McBain — balked when Hitchcock first described “the honeymoon scene.” You lose all sympathy for the hero if you have him act like that, Hunter said. You can’t put this in the movie.

You don’t understand, Hitchcock said. This is the whole reason I wanted to make the movie.

Hunter wrote the script as ordered, but included a separate, alternate sequence without the rape, to show how the film could still work. Hitchcock promptly fired him, threw out the screenplay and hired someone else who’d write it the way he’d ordered.

Hunter was right, though: The scene didn’t work.

It made the husband – an unsympathetic character to begin with – look like a monster.  And it revealed more, perhaps, than Hitchcock would have preferred – the director’s own, increasing obsession with violent rape, and a controlling, abusive relationship with his leading lady that had already begun to disintegrate.

“Marnie” has always had its loyal defenders, apologists who make excuses even for its ugly zooms, bad back-projection work, and unconvincing matte shots. (They’re “intentionally” unreal, you see.) And these fans see a quite different film – one with great sympathy for its heroine, and dark insights into twisted parenting.

And they’re right. That movie’s there, too.

But looking at “Marnie” now, with its scene of spousal sexual abuse, it’s also hard not to see a story that would have to be told very differently today – or maybe, simply, not told at all.

And to wonder whether that’s necessarily such a bad thing.

What Draws So Many Boomers to America's Largest Retirement Community? 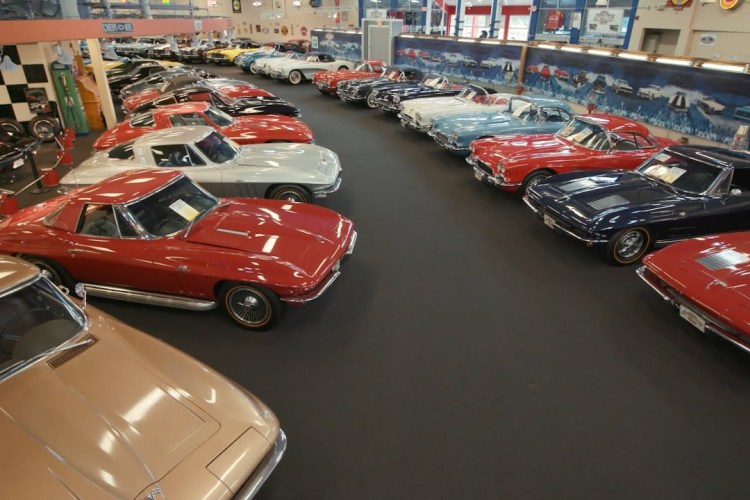 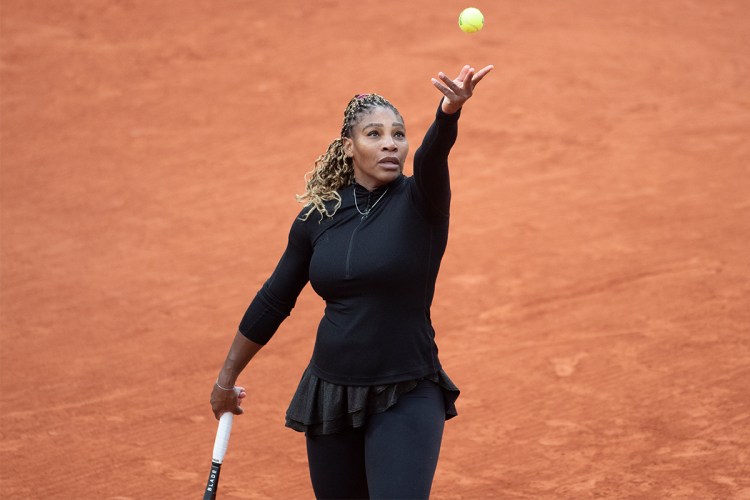 Is the "Au Naturel" Approach to Body Hair Making a Comeback?

What Draws So Many Boomers to America's Largest Retirement Community?
Muscle Car Museum in Florida Auctioning Off Collection
The Director of the Madrid Open Wants Serena Williams to Retire Because of Her Weight
Is the "Au Naturel" Approach to Body Hair Making a Comeback?
21 Trends That Will Define the Lives of American Men in 2021
Giving Head Might Be Giving You Cancer

News, advice and insights for the most interesting man in the room.

You’re Not Being a Hypochondriac: How to Manage Your Very Real Health Anxiety
“The Sopranos” for Women Is Just … “The Sopranos”
Excerpt: Rich Cohen Recounts the Time He Almost Beat Mark Messier
This BioBidet Is a Bathroom Must-Have, And It's 46% Off
Every Single Self-Cleaning LARQ Water Bottle Is on Sale
Veja's Ever-Popular V-12 Sneakers Are Now 40% Off
This Staub 2-in-1 Grill Pan & Cocotte Is $230 Off
This Is Your Last Chance to Take $350 Off the Mirror Fitness Display
This Classic Denim Jacket Is Only $30

Send this article to your friends

Sign up for InsideHook to get our best content delivered to your inbox every weekday. It’s free. And awesome.