You have reached the cached page for https://www.rottentomatoes.com/m/marnie
Below is a snapshot of the Web page as it appeared on 1/21/2021 (the last time our crawler visited it). This is the version of the page that was used for ranking your search results. The page may have changed since we last cached it. To see what might have changed (without the highlights), go to the current page.
You searched for: marnie hitchcock movie We have highlighted matching words that appear in the page below.
Bing is not responsible for the content of this page.
Marnie (1964) - Rotten Tomatoes
Home
Top Box Office
Tickets & Showtimes
DVD & Streaming
TV
News 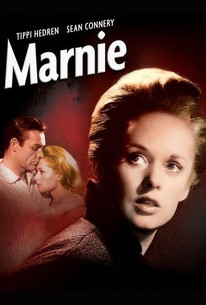 A coolly constructed mystery revolving around a character who's inscrutable to a fault, Marnie finds Hitchcock luring audiences deeper into the dark.

Mark Rutland (Sean Connery) is a customer of one Mr. Strutt, whose business was robbed by his secretary, the mysterious Marnie Edgar (Tippi Hedren). When Marnie applies for a job with Mark, with the intention of stealing from him, Mark -- who is obsessively in love with her -- blackmails her into marrying him. However, he soon discovers that she has severe psychological issues regarding men, thunderstorms and the color red, and resolves to help her come to terms with her past trauma.