You have reached the cached page for https://www.rottentomatoes.com/m/avatar
Below is a snapshot of the Web page as it appeared on 5/14/2021 (the last time our crawler visited it). This is the version of the page that was used for ranking your search results. The page may have changed since we last cached it. To see what might have changed (without the highlights), go to the current page.
You searched for: margaret movie reviews rotten tomatoes avatar We have highlighted matching words that appear in the page below.
Bing is not responsible for the content of this page.
Avatar (2009) - Rotten Tomatoes
Home
Top Box Office
Tickets & Showtimes
DVD & Streaming
TV
News 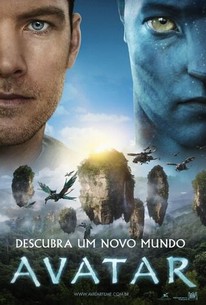 It might be more impressive on a technical level than as a piece of storytelling, but Avatar reaffirms James Cameron's singular gift for imaginative, absorbing filmmaking. Read critic reviews

On the lush alien world of Pandora live the Na'vi, beings who appear primitive but are highly evolved. Because the planet's environment is poisonous, human/Na'vi hybrids, called Avatars, must link to human minds to allow for free movement on Pandora. Jake Sully (Sam Worthington), a paralyzed former Marine, becomes mobile again through one such Avatar and falls in love with a Na'vi woman (Zoe Saldana). As a bond with her grows, he is drawn into a battle for the survival of her world.

Weekend Box Office Results: Avatar Dethrones Endgame After China Re-Release As Raya Holds On At Home
“Rotten Tomatoes Is Wrong” About… Avatar
Everything We Know About James Cameron’s Avatar Sequels
View All