You have reached the cached page for https://www.amazon.com/Manhunt-PlayStation-2/dp/B0000A8VBZ
Below is a snapshot of the Web page as it appeared on 7/5/2020 (the last time our crawler visited it). This is the version of the page that was used for ranking your search results. The page may have changed since we last cached it. To see what might have changed (without the highlights), go to the current page.
You searched for: manhunt ps2 We have highlighted matching words that appear in the page below.
Bing is not responsible for the content of this page.
Amazon.com: Manhunt - PlayStation 2: Artist Not Provided: Video Games 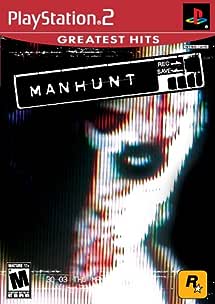 Your question may be answered by sellers, manufacturers, or customers who purchased this item, who are all part of the Amazon community.

Please make sure that you are posting in the form of a question.

Use cunning and skill to evade hired killers while searching for the identity of the man who has made you his pawn.

They just killed Cash. Now, they want to kill him again. America is full of run down, broken rust-belt towns where nobody cares and anything goes. In Manhunt's Carcer City, nothing matters anymore and all that's left are cheap thrills. The ultimate rush is the power to grant life and take it away, for sport. This time, James Earl Cash, you are the sport. They gave you your life back. Now, they are going to hunt you down. You awake to the sound of your own panicked breath. You must run, hide, and fight to survive. If you can stay alive long enough, you may find out who did this to you. This is a brutal blood sport.

Continuing in Rockstar North's tradition of world-class gameplay with high production values and sardonic humor, Manhunt explores the depths of human depravity in a vicious, sadistic tale of urban horror.

4.1 out of 5 stars
4.1 out of 5
213 customer ratings
How does Amazon calculate star ratings?
Amazon calculates a product’s star ratings based on a machine learned model instead of a raw data average. The model takes into account factors including the age of a rating, whether the ratings are from verified purchasers, and factors that establish reviewer trustworthiness.
Top Reviews

Anonymous Amazon User
4.0 out of 5 stars It's a one of a kind game, neither good nor bad (unsettling, but what did I expect?)
Reviewed in the United States on January 8, 2019
Platform: PlayStation 2Verified Purchase
Ok, I'm going to explain my reasoning for why this game is neither good nor bad. Controversial and extreme for most people, I would find that most people would think the subject matter of the game is strange and kinda distasteful. However, I'm not one to believe that simulated violence leads to real world violence. People can claim all they want that the desensitization caused by violent video games creates violent people, I don't think that is true across the board. Though, the game itself is rather entertaining for it's premise emphasizing stealth and survival. Yet, there is something genuinely gruesome and unnerving about it. It seems to really revel in it's extreme gore and brutality. Nevertheless, the game is well made (what would you expect from Rockstar?). It is also one-of-a-kind, very unlikely a game like this will ever be mass produced and released ever again. 4 out of 5.
Read more
One person found this helpful
Helpful
Comment Report abuse

Ryan C. Reichardt
5.0 out of 5 stars Wicked....
Reviewed in the United States on February 3, 2004
Platform: PlayStation 2Verified Purchase
In a word, wicked, I think sums up this game rather well. Rockstar delivers another game worthy of playing. As an adult who enjoys video games, I can't play this cartoony crap being developed by other companys...that's where Rockstar changes the game. I can already hear the angry parents carrying on about this one..mad soccer moms calling senate and whining all night, while in the other room her son plays Manhunt.
THIS IS NOT A GAME FOR:
1. The weak minded.
The reason being, this game can stay with you, and we don't need some guy in a office, ducking behind cubicles,armed with a Mont Blanc pen and a stapler, getting ready to "Ice the chump!"(as the Director puts it)
2.The weak stomached.
Logic for this is the violence is amazing, not the crappy old Mortal Kombat blood flying, this is grainy, graphic, morbid cut scenes, with a level of brutality not matched in another video game.(Example.. execution with a bat actually sends peices of skull flying...and you can find them on the ground)...wicked!
3. The children.
Do not let your little kids play this..c'mon parents have some common sense here, If you let lil Johnny play this, and 2 weeks later he comes from around a corner with a glass shard and stabs you with it...4 or 5 times...in the face, in my humble opinion, you had it coming. If the Mighty Morphin Power Rangers had lil kids at the bus stops beating the hell out of eath other with terrible kung fu, then I shudder to think what a game like this will have them doing.(breeding a generation of Hunter/Killers) Use common sense parents, I know Ritalin is easier than parenting, but when Johnny is a freak, it is your fault.(Terrible parenting or bad genes or something:)}
Long winded........YES.
Helpful....I don't know.
But one thing is for sure, Manhunt is the game to have, if you want a dark, strategic, violent fun.

clint
4.0 out of 5 stars Grand Theft Auto, snuff film style!
Reviewed in the United States on October 21, 2019
Platform: PlayStation 2Verified Purchase
The game is interesting, subject is messed up, although it’s a great game, be warned, the controls are not like the games of today, may take awhile to get used to!
Read more
Helpful
Comment Report abuse

Dominic K
5.0 out of 5 stars Great Game
Reviewed in the United States on June 21, 2019
Platform: PlayStation 2Verified Purchase
This is a great game. It's very violent and definitely not for anyone not mature enough to handle it. Once you get past the violence though it's got enjoyable gameplay and an interesting story with solid voice acting and a unnerving atmosphere.
Read more
Helpful
Comment Report abuse

ERMAC
4.0 out of 5 stars HAHAHA
Reviewed in the United States on January 11, 2012
Platform: PlayStation 2Verified Purchase
You've been executed only to awaken to a new role as a chosen executioner of skinheads street gangs ect. even more interesting your being recorded an the recorder encourages graphic, almost sadistic methods of execution to earn your freedom into society. Its pretty crazy when a plastic bag becomes a weapon along with several other everyday items most wouldn't immedeately consider using to this potential. I gotta say all the negative attention this game recieved was partial to my desire to play it. Where the idea and subject matter may be questionable I gotta say it's actually alot of fun....
Read more
2 people found this helpful
Helpful
Comment Report abuse

R. Rodriguez
4.0 out of 5 stars still bloody as I remember it
Reviewed in the United States on June 3, 2014
Platform: PlayStation 2Verified Purchase
I remember playing this game when it first came out! A pretty good stealth game and was quite violent! Nowadays it looks blocky and aged but the mechanic of hiding in the shadows was always cool. The stealth mechanic was fantastic though. The goriness of the kill was determined by how close you get to the NPC while undetected. A reward for being stealthy.
Read more
One person found this helpful
Helpful
Comment Report abuse

Mr. Triple Nipple
5.0 out of 5 stars Not For Children
Reviewed in the United States on February 16, 2016
Platform: PlayStation 2Verified Purchase
Fantastic game, but extremely gory. This game caused lots of controversy, even being banned in numerous countries because idiots claim that violent video game create violence in the real world. Arrived weeks ahead of time.
Read more
One person found this helpful
Helpful
Comment Report abuse
See all reviews from the United States

Murray
4.0 out of 5 stars The hunt is on
Reviewed in Canada on August 27, 2015
Platform: PlayStation 2Verified Purchase
I just had to get this game since I've heard so much about it, but never during its original run. Although I haven't had a chance to really get into it yet, I can see that this is going to be an intense game that will keep me on my toes. Recommended!
Read more
Helpful
Sending feedback...
Thank you for your feedback.
Sorry, we failed to record your vote. Please try again
Report abuse

sean cane
5.0 out of 5 stars Awsome!!!
Reviewed in Canada on February 14, 2014
Platform: PlayStation 2Verified Purchase
Hi....
I placed order on Friday and the order came in the mail Tuesday.I opened the small package to see and the contents were in amazing condition. No issues at all.I will be placing more orders in the future with this company.
I origanally bought this game when new when it first came out back in 2003 and I shelled out $60 at EB Games and over time it got lost.Great game and definatly the most violent/gory of the time.
Not for kids!
Read more
Helpful
Sending feedback...
Thank you for your feedback.
Sorry, we failed to record your vote. Please try again
Report abuse

Exclusive items from our brands

Page 1 of 1 Start overPage 1 of 1
This shopping feature will continue to load items when the Enter key is pressed. In order to navigate out of this carousel please use your heading shortcut key to navigate to the next or previous heading.
Back
Next
Pages with related products. See and discover other items: retro game, just dance video game