You have reached the cached page for https://www.wusa9.com/article/news/local/dc/washington-dc-hospital-7-year-old-shooting-victim-released/65-b479c0ff-1927-419d-9602-606e718ca482
Below is a snapshot of the Web page as it appeared on 7/11/2021 (the last time our crawler visited it). This is the version of the page that was used for ranking your search results. The page may have changed since we last cached it. To see what might have changed (without the highlights), go to the current page.
You searched for: local washington dc news 7 We have highlighted matching words that appear in the page below.
Bing is not responsible for the content of this page.
Washington DC hospital 7-year-old shooting victim released | wusa9.com

The family says a gunman's bullet pierced Reagan Grimes' lung Saturday as she was visiting family in Northeast D.C. 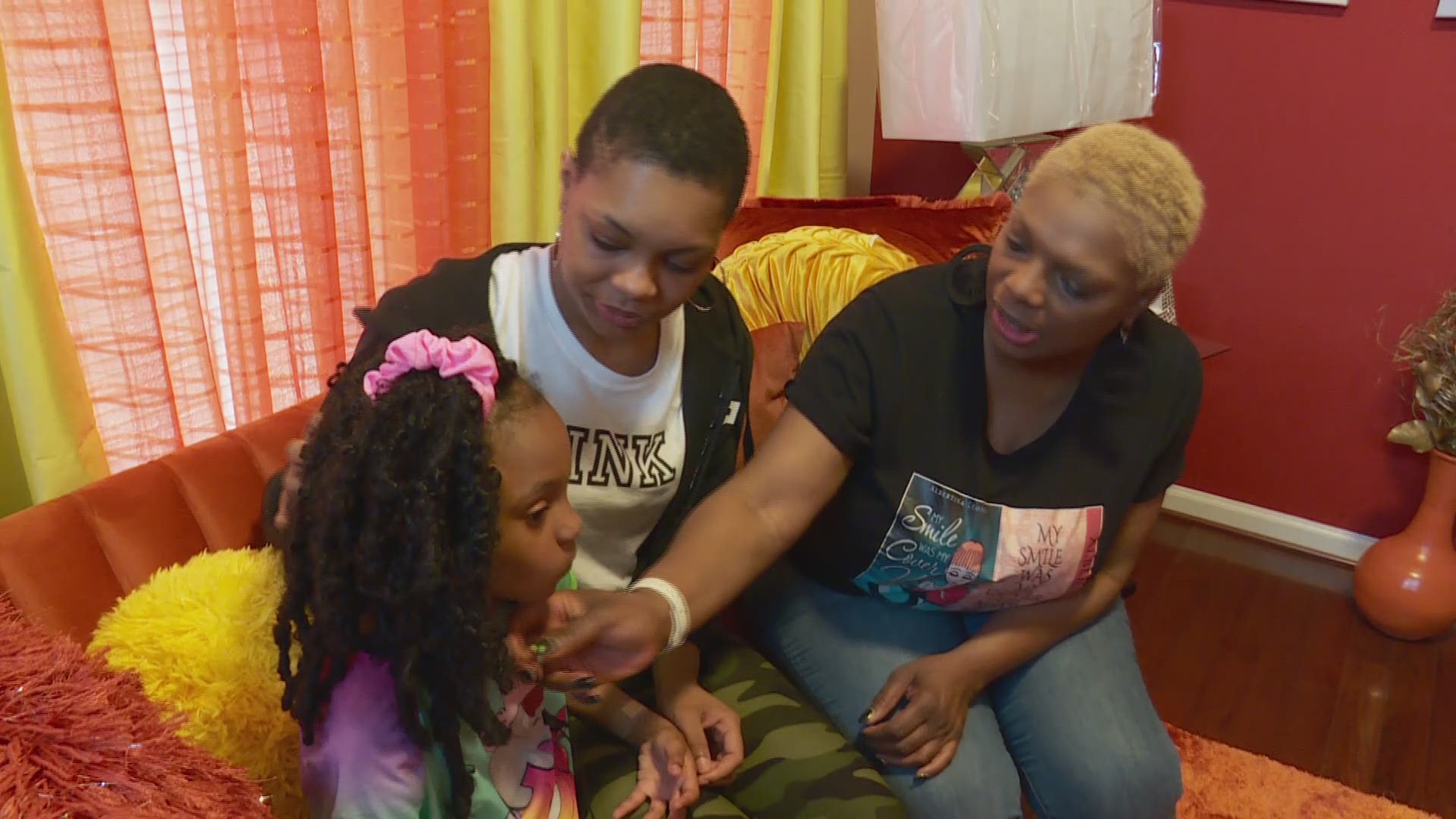 PRINCE GEORGE'S COUNTY, Md. — A 7-year-old girl who was injured in a Northeast D.C. shooting Saturday has left the hospital.

According to police, Grimes was visiting family in the area at the time of the shooting on the 3500 block of Jay Street, Northeast. Officers said Grimes was on a scooter near a courtyard when a bullet pierced her lung.

D.C. Police said Grimes did not appear to be the gunman’s target.

When Grimes got back to her Prince George’s County home Tuesday, her living room was full of signs and teddy bears that let her know she was loved.

“Thank you for praying for me while I was in the hospital,” Grimes said.

Her grandmother, Tina Grimes, said she is just happy that the little girl is alive.

“I asked everyone to pray for us,” she said. “And, all of my family and friends sent out prayers and God heard them.”

“You can be up one moment and then to get that phone call,” she said.

MPD seeks the public's assistance in identifying and locating a vehicle of interest sought in an Assault with Intent to Kill offense that took place on 5/1/21 in the 3500 block of Jay Street, NE.

“Please help us stop this from happening to kids,” Tina Grimes said.

Grimes family says they were informed by Children's National Hospital that the 7-year-old will not have to undergo any rehabilitation in the future.

#DCsBravest were grateful to host 7 year old Reagan and her family, along with @DCPoliceDept, for a reunion at Engine 27. She is doing well after she was shot over the weekend.

"I'm thankful that those people were on that shift and helped save my baby's life," her mom said. pic.twitter.com/bNkT8Y7Sgu

Download the WUSA9 app to get breaking news, weather and important stories at your fingertips.

WUSA would like to send you push notifications about the latest news and weather.