You have reached the cached page for https://nypost.com/2017/01/28/this-movie-theater-is-snack-shaming-food-smugglers/
Below is a snapshot of the Web page as it appeared on 5/27/2021 (the last time our crawler visited it). This is the version of the page that was used for ranking your search results. The page may have changed since we last cached it. To see what might have changed (without the highlights), go to the current page.
You searched for: less is more movie 2017 movie theatre trailer We have highlighted matching words that appear in the page below.
Bing is not responsible for the content of this page.
This movie theater is snack-shaming food smugglers Skip to main content

By Elizabeth Rosner and Natalie O'Neill 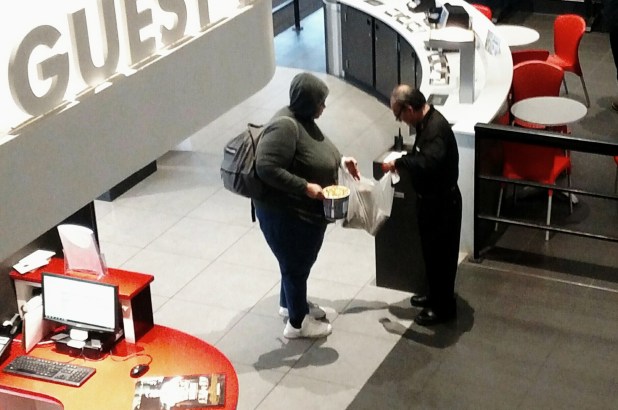 Cinemas keep disinfecting even though they don't have to anymore

Arclight Cinemas and Pacific Theatres to close after pandemic

This guy should go to work for the TSA.

A ticket taker at Cinépolis in Chelsea — where a large popcorn costs a wallet-shrinking $8.25 — went full-prison guard, searching customers’ bags with a flashlight to find outside food last Monday.

Moviegoers who try to smuggle in snacks are forced to shame-eat before they are allowed inside theaters at the multiplex.

A guard busted one woman and banished her to a drab corner seating area to gobble down the forbidden food before a matinee at the West 23rd Street theater.

The woman, who had brought the contraband in a plastic bag, was sent to the popcorn purgatory seating area near the condiment bar.

The hunger games outraged some moviegoers.

“Sounds like a power trip,” said Adam Schiff, 24, a Brooklyn student who saw “Rogue One” on Friday.

“Clearly the owners want to punish moviegoers by forcing them to sit in an isolated area,” he fumed.

“If they want people to buy food, then don’t sell popcorn for way too much,” slammed Maria Costa, a 24-year-old student from Brooklyn.

When a Post reporter tried to bring a burger and fries into the theater on Friday, a ticket taker warned her, “Be careful — please make sure you throw everything in the garbage [after you eat it] so I don’t get in trouble.”

A Cinépolis spokeswoman claimed employees were actually looking for weapons.

“Our policy is, if a guest comes in with a large bag, it’s searched for safety reasons. If food is found during that search, guests are asked to finish food outside theater or bring it to their cars.

That’s probably what these people encountered,” said M.J. Salcido, a rep for the theater. 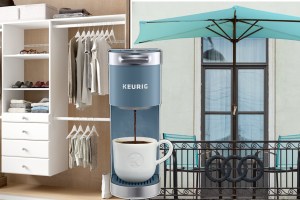 Memorial Day sales 2021: Which stores have the best deals 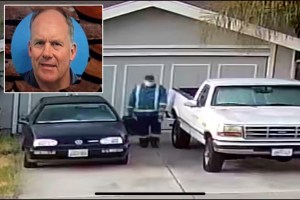