You have reached the cached page for https://scifansy.wordpress.com/2017/03/28/spiderman-homecoming-trailer-review-and-talking-points-spoiler-it-kinda-sucks-just-kinda/
Below is a snapshot of the Web page as it appeared on 11/13/2020 (the last time our crawler visited it). This is the version of the page that was used for ranking your search results. The page may have changed since we last cached it. To see what might have changed (without the highlights), go to the current page.
You searched for: less is more movie 2017 We have highlighted matching words that appear in the page below.
Bing is not responsible for the content of this page.
Spiderman: Homecoming Trailer . Sometimes, Less is more. – NerdyGeek
Skip to content

So after the Justice League trailer hit us on Saturday, Marvel replied with a new Spiderman: Homecoming trailer.. What a week ,eh!

A large part of the new Homecoming trailer focuses on conversations between Tony Stark (Iron Man) and Peter Parker (Spider-Man) as Peter tries to make his way in the world. He wants to be an Avenger, but he doesn’t know how to become one, and Tony wants him to be a “friendly, neighborhood Spider-Man.” Since Spider-Man debuted on the big screen, he’s been alone. He hasn’t lived in a world populated by other superheroes because of logistics between Marvel and Sony. As such, Spider-Man has been isolated; the city’s only hero, with no one he can talk to.

Spider-Man: Homecoming is trying to rectify that by bringing in as much of the Marvel Cinematic Universe as it can. Besides the moments shared by Peter and Tony, there are references to Captain America, which Peter talks about proudly, and shots of Avengers Tower overlooking the Manhattan skyline. 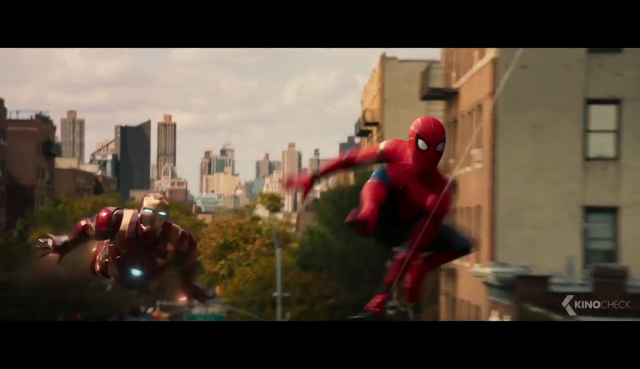 This isn’t going to be a typical Spider-Man origin movie. There won’t be a radioactive spider that bites Peter’s hand. There won’t be as many scenes following the awkward character as he tries to understand what’s going on with his new body. Instead, Spider-Man: Homecoming operates under the assumption that people know Spider-Man’s story. It picks up right where Captain America: Civil War left the character. In the scene where Peter and his friend, Ned, are watching the Captain America infomerical in class, Peter leans over and whispers that he stole the superhero’s shield, directly referencing the events of Civil War.

When Marvel and Sony first announced they had come together to share the character, the goal was always to “bring Spider-Man home,” as Feige said, and that’s extremely clear from the new footage Sony has released. Whether or not the theme of Marvel welcoming its prodigal son home after being away for decades continues throughout the movie is debatable, but for now, that looks like the ultimate goal.

The trailer was pretty cool. I’ve heard people say that it seems like the whole movie was already shown after the 0:58 mark. There seemed to be spoilers all through the trailer and it seems Marvel are not going to give us any surprises in the movie.

Of all the trailers I’ve seen, DC inclusive, this was one of the blandest. Sure we saw some special effects, Ned is crazy about his best friend being Spiderman , and more importantly, knowing members of the famous avengers. 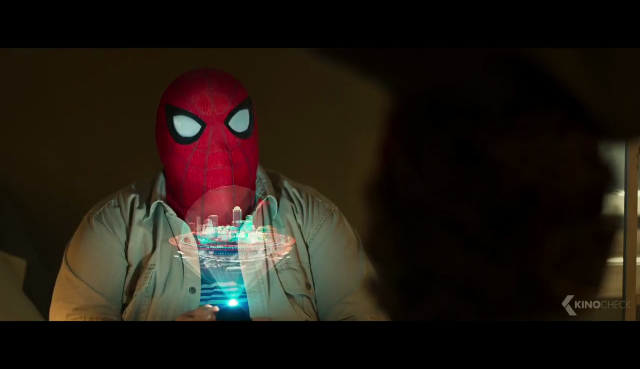 He even tries on the suit. Lol.

It seems Ironman will be a huge presence in the movie, which is not surprising as Peter is his protoge.  His presence should not be overwhelming….. leave the Spiderman movie alone Mr Stark!!

The Vulture also looks cool, but it is nothing we’ve not seen before. As I said, the trailer, kinda,kinda, sucked. He’s mad at the rich guys because they have money and he has to steal or be a villian to care for his family…. how many times have we heard that in court, eh.? I can only hope that the movie will be better. And it’s Micheal Keaton, so he should bring more gravitas to the role. 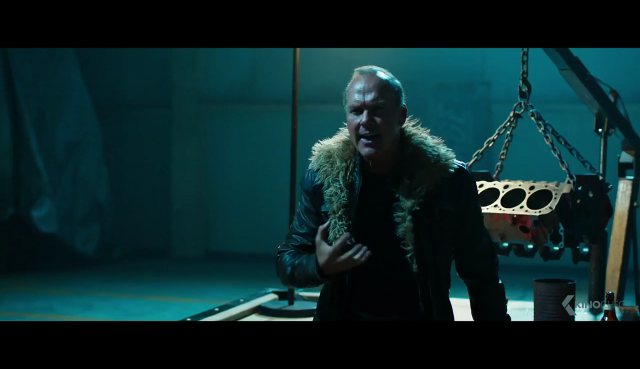 Zendaya plays the role of Michelle in the movies. She was cool in the first trailer and one of the highlights, but in the new one , we don’t really see her do her stuff…. except reading in gym class 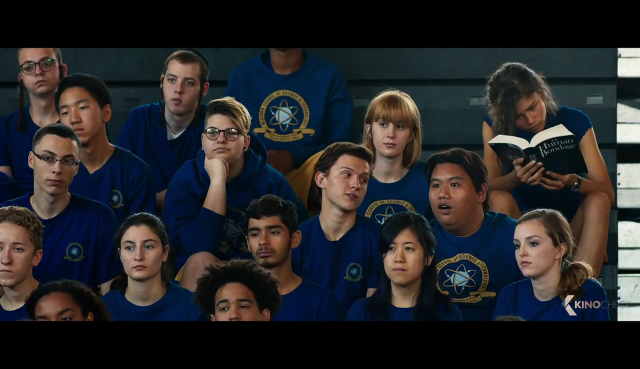 This was one of the reasons why fans are less than pleased with the new trailer. He loses his suit!!!!?? Why didnt’ you not show this in the trailer!? Stupid Marvel. lol. S o now we all know that he is going to face The Vulture without his cool suit, get beat up, get inspired by something , beats the Vulture… end of movie.

Personally , I felt they( Marvel) could have done without showing this part in the trailer. 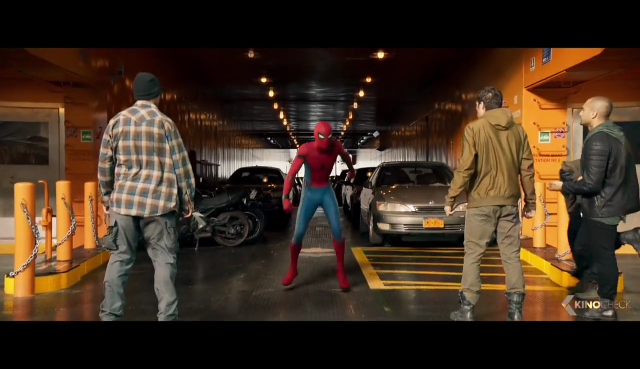 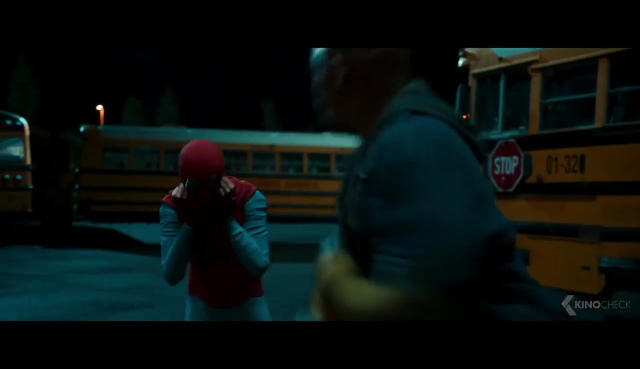 Yeah, Peter cover your face in shame…. We hate the costume too.

Despite the less than awesome trailer, I still have high hopes for this movie.

Ned: Do you know him too?

Peter: I stole his suit.