You have reached the cached page for https://www.dailymail.co.uk/tvshowbiz/article-3278682/Good-genes-run-family-Liam-Chris-Hemsworth-share-family-photos-reunite-Dressmaker-premiere-Melbourne.html
Below is a snapshot of the Web page as it appeared on 7/20/2021 (the last time our crawler visited it). This is the version of the page that was used for ranking your search results. The page may have changed since we last cached it. To see what might have changed (without the highlights), go to the current page.
You searched for: leonie hemsworth family photo 2016 hd wallpaper We have highlighted matching words that appear in the page below.
Bing is not responsible for the content of this page.
Liam and Chris Hemsworth share family photos at The Dressmaker Melbourne premiere | Daily Mail Online

Good genes run in the family! Liam and Chris Hemsworth share family photos as they reunite for 'The Dressmaker' premiere in Melbourne... but where's brother Luke?

They're the two best-looking brothers in showbiz.

And Liam and Chris Hemsworth showed off the source of their good genes by posing with their parents for a few family photos on social media.

The family were reunited for the Melbourne premiere of Liam's new Aussie film, The Dressmaker.

The only member of the brood missing was big brother Luke, who was nowhere to be found. 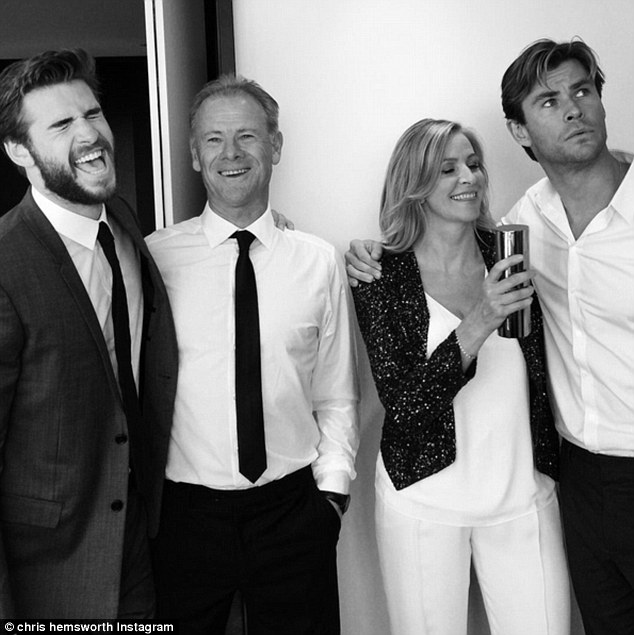 Back together: The Hemsworth family reunited at the premiere of Liam's new Aussie film The Dressmaker in Melbourne

In the snaps - taken after the premiere - the Hemsworth men looked smart but relaxed in their red carpet ready suits.

Meanwhile, mum Leonie wore loose white pants and a matching top, and added some glam to her simple ensemble with a sparkly jacket.

Leonie is a well-known red carpet regular, and has been attending events with Liam for years.

'Another strange family portrait to add to the mix,' Chris wrote on Instagram. He then acknowledged his brother's absence, hashtagging: '#wheresluke?'

Liam didn't mention Luke on his account, simply captioning his photo with a friendly: 'Thanks for coming, legends!' 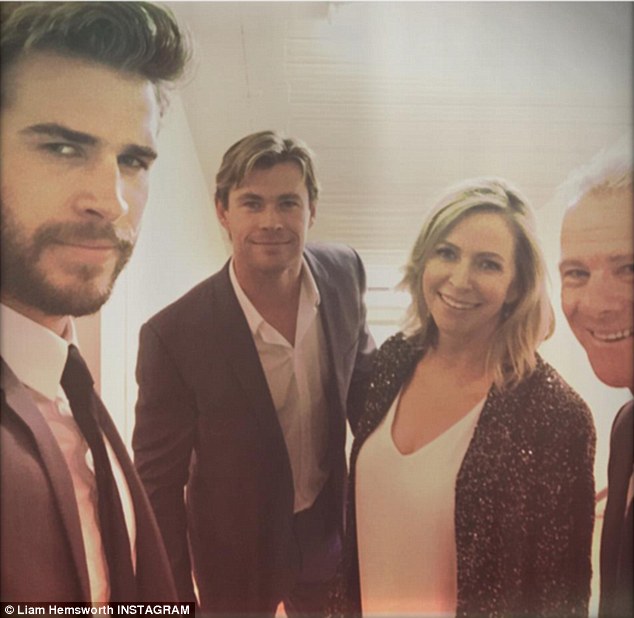 Good genes: Mum Leonie showed where her sons get their good looks from 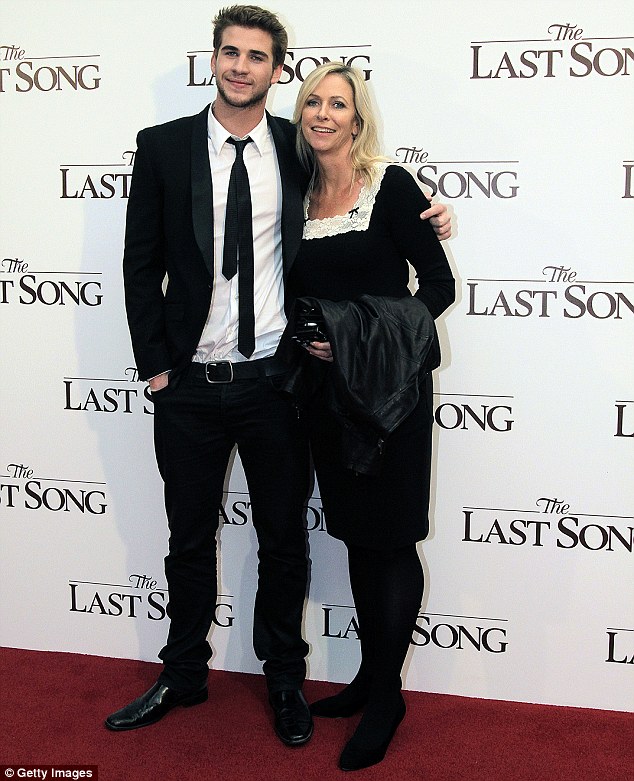 Red carpet regular: Leonie (pictured here in 2010) has been attending premieres with Liam for years 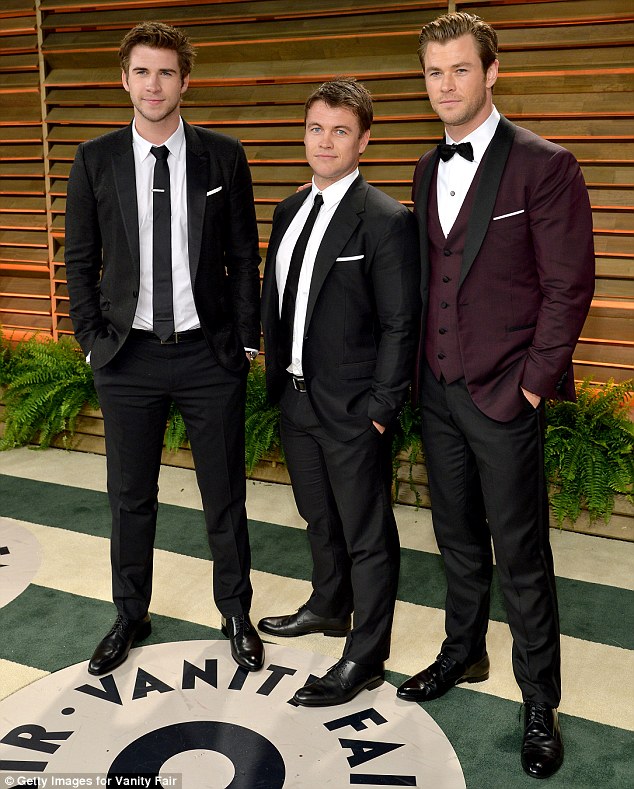 'Where Luke?' The Hemsworth brothers (pictured above in 2014) noted that eldest sibling Luke was absent from the premiere

The Dressmaker is based on a novel by Rosalie Ham of the same name.

A-lister Kate Winslet stars as Myrtle 'Tilly' Dunnage - a dressmaker who returns from Europe to her small Australian hometown to take care of her ailing mother.

Speaking at the premiere, Liam revealed to AAP that the character reminded him of his grandfather.

'He reminded me a lot of my grandpa. That was the biggest thing that attracted me to the role,' he admitted.

The Dressmaker is currently showing in selected cinemas. 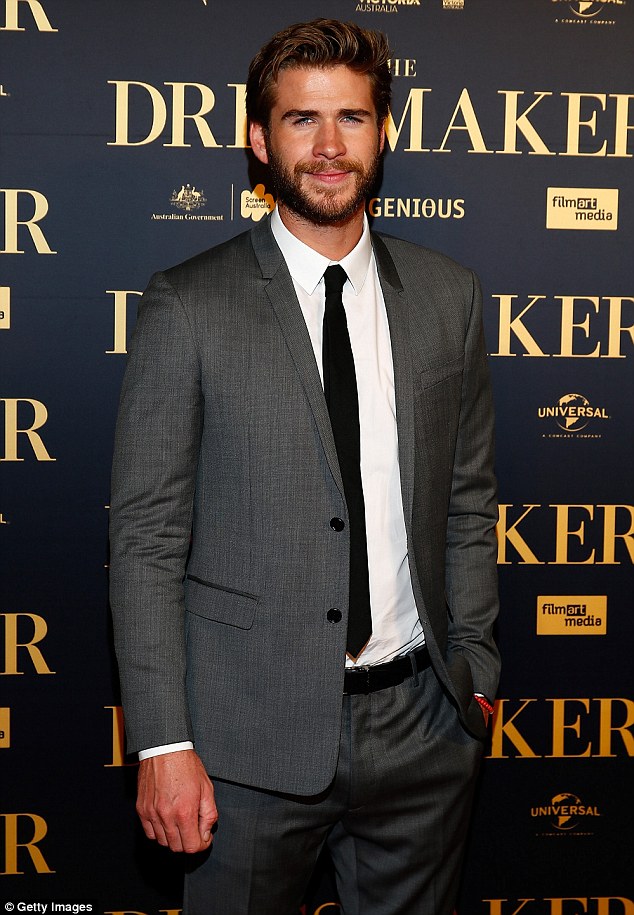 Family inspiration: Liam says his character in The Dressmaker reminded him of his grandfather 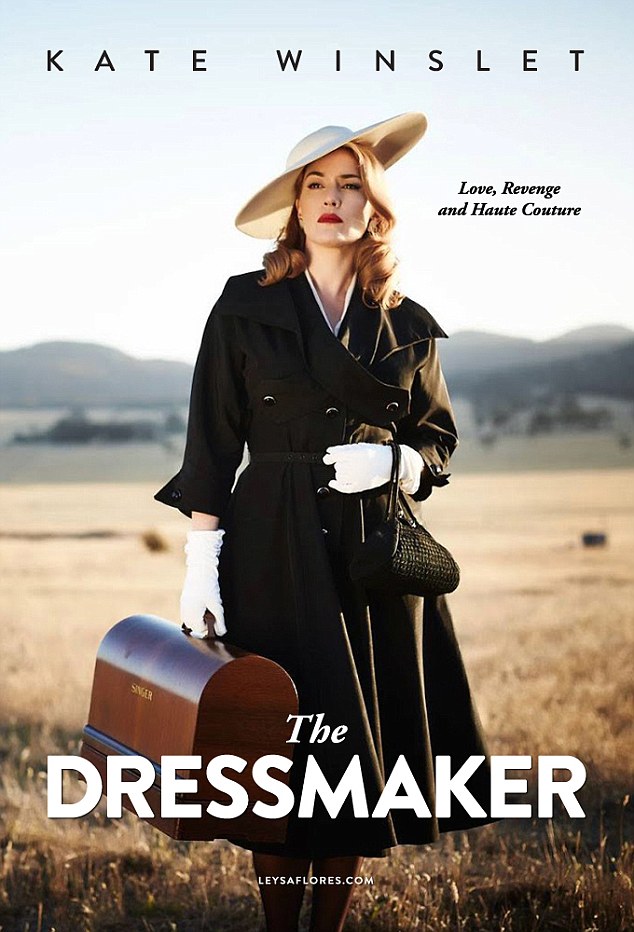 Now showing: The Dressmaker is currently showing in selected cinemas across Australia