You have reached the cached page for https://larrybrownsports.com/everything-else/mckayla-maroney-hope-solo-pictures-leaked/239922
Below is a snapshot of the Web page as it appeared on 9/12/2021 (the last time our crawler visited it). This is the version of the page that was used for ranking your search results. The page may have changed since we last cached it. To see what might have changed (without the highlights), go to the current page.
You searched for: leaked photos of hope solo We have highlighted matching words that appear in the page below.
Bing is not responsible for the content of this page.
McKayla Maroney, Hope Solo pictures leaked Skip to main content 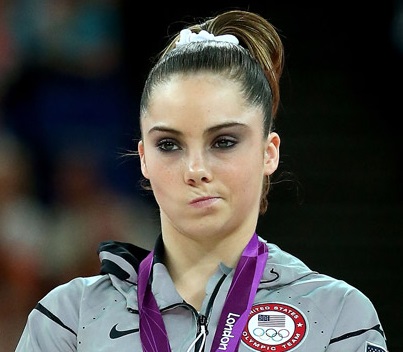 Nude photos of a number of celebrities were leaked onto the web Sunday causing a mass hysteria for obvious reasons. The nude pictures of Jennifer Lawrence and Victoria Justice captured mostly everyone’s attention — no surprise.

The Lawrence nude selfies look like ones she took using her phone. Same deal with Justice, though she at least was smart enough to cover up in the pics (and she denied on Twitter that the pics were real). Lawrence confirmed the photos were of her and her attorneys are acting aggressively.

Maroney later tweeted that the photos of her were fake:

the fake photos of me are crazy!! was trying to rise above it all, and not give "the creator" the time of day.. BUT.. pic.twitter.com/hceQcOxYkJ

shout out to my fans for defending me all day long.. even when things got weird u stood by me. and that meant the world

According to BuzzFeed, the photos were obtained through an iCloud leak and posted first on a 4chan forum by someone looking to sell them for bitcoins. The last time celebrity photos leaked onto the web (we’re talking Scarlett Johansson nudes), a guy ended up going to prison for 10 years for hacking into personal accounts.

A word of advice to those considering taking/sending nude photos with their phone: make sure your head/face isn’t in the pic. Do that and you should be safe even if you get hacked. The Carolina Panthers put together an impressive showing in their season opener against the New York Jets on Sunday, but it didn’t take fans long to question a decision from head coach Matt Rhule.
Some boos could be heard at Bank of The Los Angeles Charges committed a key turnover in the second half of their game against the Washington Football Team, and many felt the officials did not make the right call.
Justin Herbert threw what initially looked like an incomplete

Mike Zimmer threw Kirk Cousins under the bus at halftime

The Minnesota Vikings struggled on offense in the first half of their season opener against the Cincinnati Bengals on Sunday, and coach Mike Zimmer didn’t hold back at halftime.
With Minnesota trailing 14-7 at the half, FOX sideline Panthers LB Shaq Thompson changed to No. 7 morning of game

The NFL’s new rules regarding jersey numbers were a popular topic for debate leading up to the season, and Carolina Panthers linebacker Shaq Thompson took full advantage of them in Week 1.
Thompson, who previously wore No. 54, has ch Washington Football Team fans have been feeling optimistic about the 20121 season with Ryan Fitzpatrick as their starting quarterback, but unfortunately the veteran was unable to make it through the first half of Sunday’s game agains

Shop at the LBS Store!