You have reached the cached page for http://indians.org/articles/lakota-indians.html
Below is a snapshot of the Web page as it appeared on 2/17/2021 (the last time our crawler visited it). This is the version of the page that was used for ranking your search results. The page may have changed since we last cached it. To see what might have changed (without the highlights), go to the current page.
You searched for: lakota north dakota We have highlighted matching words that appear in the page below.
Bing is not responsible for the content of this page.
The life of the Lakota Indians

The Lakota Indians are a tribal Native America group that resides in the northern part of the United States. 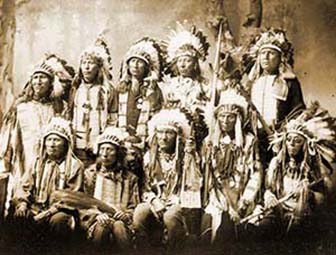 The Lakota Indians, also called Native Americans are considered a first nation of North America. Although a large number of Indians have immersed themselves into American culture, several tribal groups carry out their daily affairs on Indian reservations. The Lakota Indian's primary location is in South Dakota and North Dakota. Furthermore, this particular Indian tribe speaks the Lakota language, which is a dialect of the Sioux tribal group.

The number of Lakota Indians is slightly lower than other tribal groups. Today, there are only about 70,000 registered Lakota Indians. Less than half of these continue to speak the ancestral language. The Lakota Indians can be traced back to the Lewis and Clark expedition. During this time, the Lakota Indian tribe accompanied much of the Great Plains. Because of ongoing warfare, the tribal group was forced northward, and settled in the Dakotas.

The majority of the Lakota Indians reside on one of five Indian reservations situated in the Dakotas. Furthermore, Montana and parts of Canada also have a large Lakota population. While living within the boundaries of the reservation, the Lakota Indians are governed by their own set of laws. Hence, the tribal group has a separate political system, police department, education system, etc.

The Lakota Indians have strong cultural and spiritual ties. For the most part, the Indians strive to preserve their way of life. From youth, parents train their children in the values and morals of their tribal group. In an effort to better understand their background, many Indian-Americans of Lakota descent may acquire resourceful information on the Lakota Indians, as well as visit the Lakota Indian reservation. This is a great way to become knowledgeable of the philosophy, customs, and history of the Lakota tribal group.

Discover your Ancestry!
It's time to find out who you really are...
Need Help Researching Your Indian Ancestry?

Buffalo, Weapons and Wolves and many other topics related to American Indians.

Arts & Crafts, Jewelry, Turquoise and many other products thought of as American Indian.

Legends, stories and research materials with a common theme related to Indigenous Peoples'.

Indians.org has been committed to, "Serving the Tribes, While Sharing the Culture" since 1995, dedicated to the preservation and accurate presentation of the rich culture of the American Indian, your generous support is greatly appreciated.
Click Here to give an online gift.