You have reached the cached page for https://theculturetrip.com/europe/france/articles/fascinating-history-behind-french-flag/
Below is a snapshot of the Web page as it appeared on 1/17/2021 (the last time our crawler visited it). This is the version of the page that was used for ranking your search results. The page may have changed since we last cached it. To see what might have changed (without the highlights), go to the current page.
You searched for: kingdom of france flag We have highlighted matching words that appear in the page below.
Bing is not responsible for the content of this page.
The Fascinating History Behind the French Flag

The Fascinating History Behind the French Flag 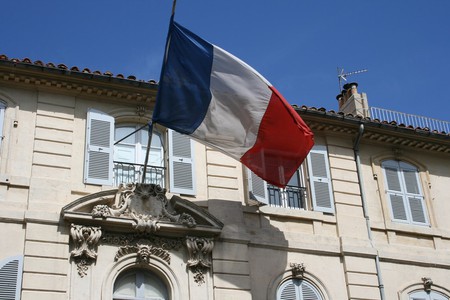 Known also as the French Tricolore and in French Le drapeau tricolore, the French flag is one of the most fascinating and iconic in European history. Here’s a quick insight into the story behind the French flag that is so familiar to us today.

The Tricolore’s origin is inextricably linked to the French Revolution (1789- 1799), but the flag of France has changed over the centuries, depending on who ruled the country. The early coat of arms of the French kings in the early 1200s was a blue crest decorated with gold lily flowers (fleurs-de-lis), and the standard of the Bourbon family, who ruled France until the French Revolution from the late 16th century, was a white backdrop with gold fleurs-de-lis. 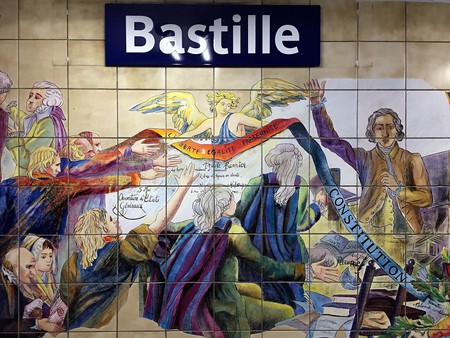 During the Revolution, blue and red rosettes were worn by the militia, in keeping with the colours of the French coat of arms as well as the red and blue flag of Paris. At the end of July 1789 when the new national police force, the National Guard, was formed, its commander, Marie Joseph Yves Gilbert du Motier, Marquis de Lafayette, created a rosette of blue, white and red as their emblem. This is thought to be one of the first times the Tricolore was used to represent France. 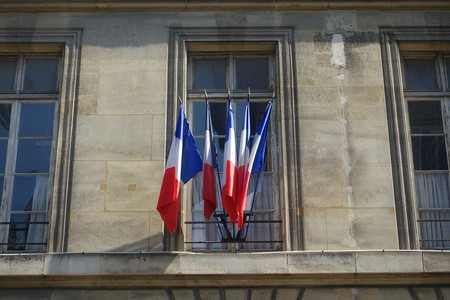 The Tricolore flag wasn’t displayed that much during the Revolution itself, but its revolutionary connotations were already etched into its short history. Aside from a short period (1814-1830) after the defeat of Napoleon in the Battle of Waterloo when the Bourbon monarchy returned to power and reinstated the white fleur-de-lis flag, it has remained France’s flag ever since.

A little fact to finish off with… The French flag’s stripes, today, are of equal width but the initial design had the following proportions: 30 (blue), 33 (white) and 37 (red).

We and our partners use cookies to better understand your needs, improve performance and provide you with personalised content and advertisements. To allow us to provide a better and more tailored experience please click "OK"