You have reached the cached page for http://www.5kids1wife.com/2021/09/when-mrs-blog-goes-out-of-town.html
Below is a snapshot of the Web page as it appeared on 10/11/2021 (the last time our crawler visited it). This is the version of the page that was used for ranking your search results. The page may have changed since we last cached it. To see what might have changed (without the highlights), go to the current page.
You searched for: ken shamrock daughter war machine We have highlighted matching words that appear in the page below.
Bing is not responsible for the content of this page.
5 Kids, 1 Wife: When Mrs. Blog goes out of town

When Mrs. Blog goes out of town 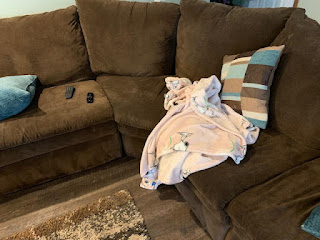 This is the spot on the couch where Terry would normally be as I write this post.

Every once in a while, my wife takes a well-deserved overnight trip. Like, for instance, a couple of weeks ago she drove to Cincinnati to see her friend Marianne and take in a Maroon 5 concert with Marianne and Marianne's sister and sister-in-law.

This is the part when you may expect me to say the house turns into a disaster when Terry is gone, but that's not the case at all. Honestly, everything looks pretty much the same when she comes home as when she left. We are not so dependent on her that life comes to some screeching halt.

But here's what does happen:

(1) We do not eat as well. I often bring up Terry's skill in the kitchen, in part so that I always remember how spoiled we are by it and never take it for granted. When she isn't here, we get by on leftovers and maybe one night of takeout.

(2) The house doesn't feel the same. I don't mean to sound too dramatic about this, but she brings an energy that just isn't there. I'm typing this on the Saturday morning after she left for Cincy, and everything is way too quiet. She should be in the living room right now sitting on the couch, watching TV, and drinking her coffee.

To that last point, I have obviously never experienced it, but I can somewhat understand how incredibly difficult it must be to lose your spouse, for whatever reason. Their presence creates a certain vibe to which you become accustomed, and even when they're gone on just a short weekend trip, there's something missing.

Yet I'm always happy when she leaves because I know she's going to have a fun time, and like I say, it's very much deserved. I hope she has an awesome concert experience tonight.

Let it be known, though, that when she makes one of her delicious meals, it's for me and not for Adam Levine. It's important to me that Adam knows this.

Facebook has put a big dent into class reunions, and maybe that's not a bad thing

One of the biggest mistakes I made in high school was running for and holding a class officer position. I was treasurer of our class for, I ... 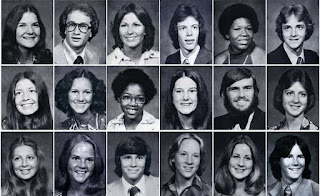 Scott Tennant
I am a lifelong resident of Wickliffe, Ohio, as is my wife, who is both prettier and smarter than me (though I tend to punctuate better).