You have reached the cached page for https://www.dailymail.co.uk/tvshowbiz/article-2470159/Poppet-Tom-Hardy-attends-party-European-Premiere-Saving-Mr-Banks-support-good-friend-Kelly-Marcel.html
Below is a snapshot of the Web page as it appeared on 1/18/2021 (the last time our crawler visited it). This is the version of the page that was used for ranking your search results. The page may have changed since we last cached it. To see what might have changed (without the highlights), go to the current page.
You searched for: kelly marcel and tom hardy actor We have highlighted matching words that appear in the page below.
Bing is not responsible for the content of this page.
'Poppet' Tom Hardy attends the after party of European Premiere of Saving Mr Banks to support good friend Kelly Marcel | Daily Mail Online

With the full sexy lips and big softy charm he's always been a hit with the ladies.

And Tom Hardy looked in his element as he posed for photos with Kelly Marcel and Emma Pierson at the after party for the European Premiere of Saving Mr Banks on Sunday night.

But the Batman actor, who is engaged to actress Charlotte Riley, 31, was present as friend not flirt. 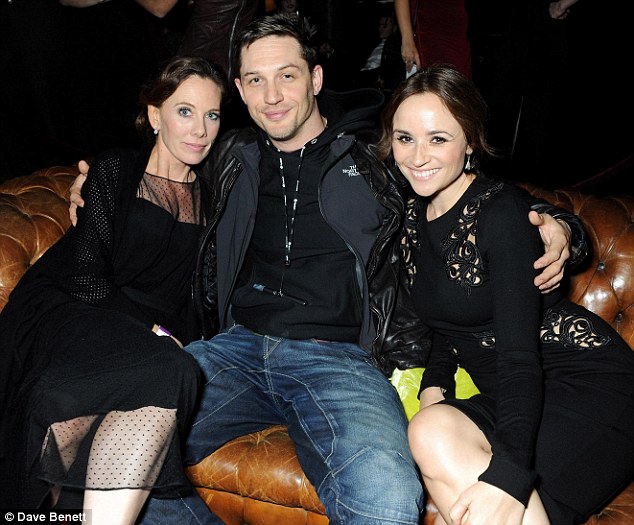 A mountain of support: Beefy actor Tom Hardy attended the after party for the Closing Night Gala European Premiere of Saving Mr Banks during the 57th BFI London Film Festival to support his friend Kelly Marcel

The big softy attended to support - and no doubt celebrate with - his good friend and collaborator Kelly who wrote the screenplay for the film, which stars Tom Hanks and Emma Thompson.

Hardy, who has a tattooed tribute to K (for Kelly) on his arm, attended the party at The Old Billingsgate in London after his new film Locke saw its UK premiere at the BFI London Film Festival.

The British production will be the only film the beefcake actor will appear in this year after a quiet few months out of the limelight. 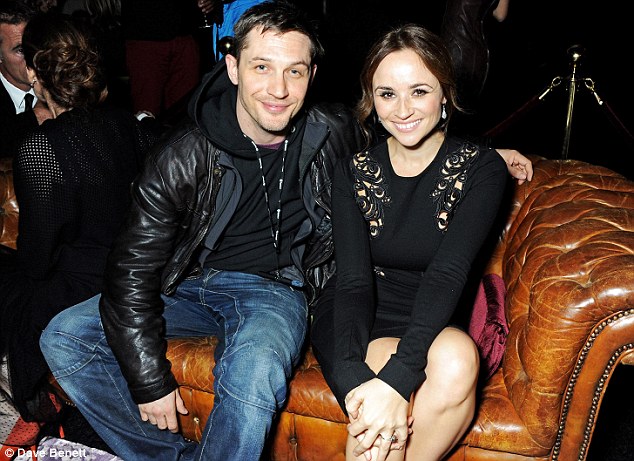 He didn't get the memo: Tom Hardy poses with actress Emma Pierson at the after party for the European Premiere of Saving Mr Banks on Sunday night looking decidedly more casual than the British beauty

Tom, 35, and 39-year-old Kelly met while working on the script for Bronson a few years ago.

Kelly, who is writing the screenplay for the new Fifty Shades of Grey film, showed her appreciation by taking a photo of them both at the do and tweeted it with the single word: 'Poppet'.

She has said of Hardy: 'Tom is my very, very dear friend. We’ve both been in LA at the same time and been able to hold each others hands through it and go ‘oh my god!’ every once in a while.'

They have since founded the London based Bad Dog Theatre Company together. 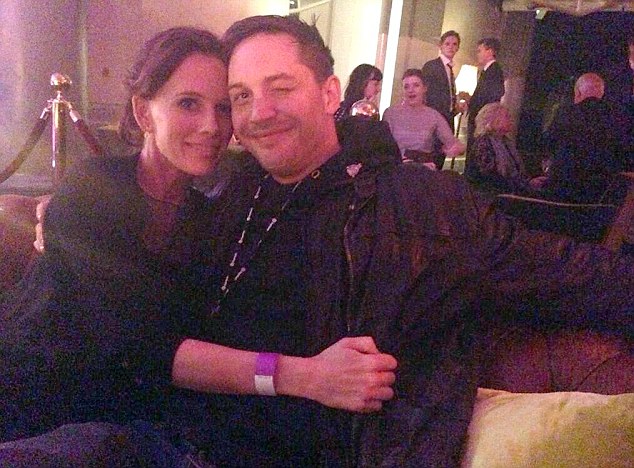 Big softy: Kelly Marcel tweeted this pic of her good friend Tom Hardy winking at the party with the word 'Poppet' 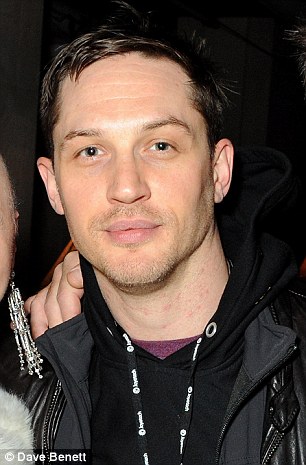 Handsome even in a hoodie: Tom Hardy didn;t feel the need to dress up for the after party for the Closing Night Gala European Premiere of Saving Mr Banks, which he attended to support his good friend Kelly Marcel

The film is about the long and difficult process Walt Disney went through to bring the story of Mary Poppins to the big screen.

It stars Tom Hanks as Walt Disney and Emma Thompson as PL Travers the formidable author of Mary Poppins.

Travers was not happy about Disney's plans to make her character Mary more likable and use animation in the 1967 film.

The film is already being given the Oscar nod and is tipped to be a huge commercial success.

Its world premiere in London on Sunday night officially brought this year's BFI London Film Festival to a close.

And Tom was there in a flash to support his good friend and chat to actress Emma Pierson who looked stunning in a black dress with cut out patterns and retro style hair and make-up.

Both women looked stunning in their glamorous LBDs on the night.

But Tom took a more laid back approach to the smart dress code wearing worn blue jeans and a plain black hoodie over a hooded leather jacket. 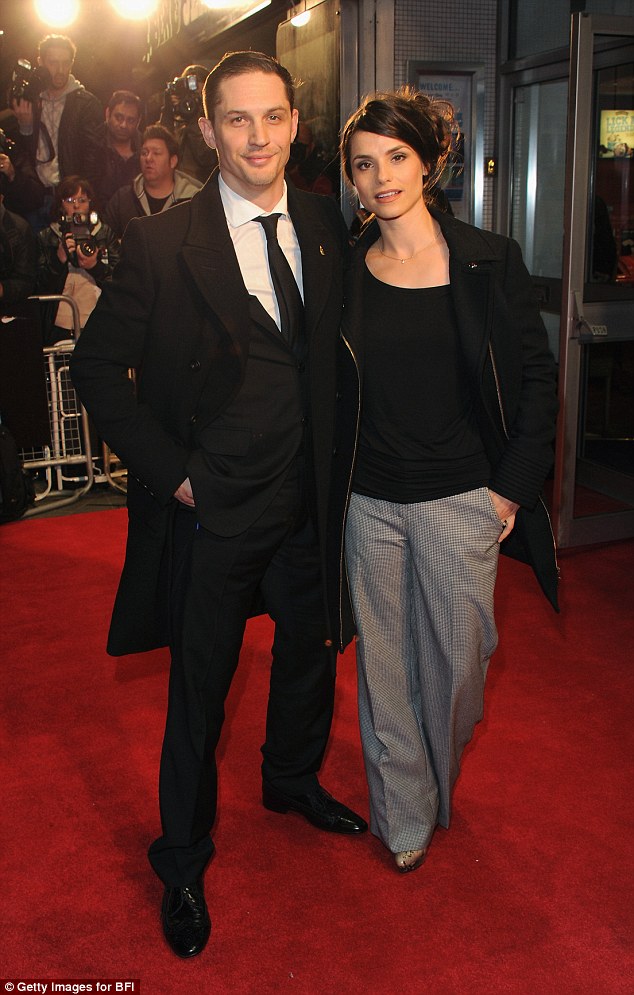 The Locke of love: Tom Hardy and his fiance Charlotte Riley, who have been together since 2009, attended a screening of Locke during the 57th BFI London Film Festival at Odeon West End together