You have reached the cached page for https://ballotpedia.org/Claudia_Robinson
Below is a snapshot of the Web page as it appeared on 3/23/2021 (the last time our crawler visited it). This is the version of the page that was used for ranking your search results. The page may have changed since we last cached it. To see what might have changed (without the highlights), go to the current page.
You searched for: judge claudia robinson We have highlighted matching words that appear in the page below.
Bing is not responsible for the content of this page.
Claudia Robinson - Ballotpedia

Ballotpedia provides comprehensive coverage of the 100 largest cities in America by population. This judge is outside of that coverage scope and does not receive scheduled updates. Content on the page may not reflect present circumstances; please email us if you have an update for this article. If you would like to help our coverage scope grow, consider donating to Ballotpedia.

Ballotpedia does not currently cover this office or maintain this page. Please contact us with any updates.
Claudia Robinson 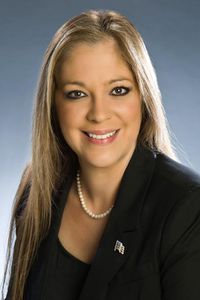 Claudia Robinson was a judge for the Broward County Court in Broward County, Florida. She was elected to the court in 2014 for a term beginning on January 6, 2015.  She resigned in February 2018.[1]

See also: Florida judicial elections, 2014
Robinson ran for election to the Broward County Court.
Primary: She was successful in the primary on August 26, 2014, receiving 32.6 percent of the vote. She competed against Jonathan Kasen and Ian Richards.
General: She defeated Ian Richards in the general election on November 4, 2014, receiving 50.1 percent of the vote. [2][3]

Robinson began her legal career at the Broward County Public Defender's Office. From there she took a position as the assistant general counsel for the Broward County Police Benevolent Association. She worked as a sole practitioner at the Law Office of Claudia Robinson P.A. until her judicial election in 2014.[4]