You have reached the cached page for https://www.imdb.com/title/tt0034923/
Below is a snapshot of the Web page as it appeared on 4/6/2021 (the last time our crawler visited it). This is the version of the page that was used for ranking your search results. The page may have changed since we last cached it. To see what might have changed (without the highlights), go to the current page.
You searched for: journey for margaret movie 1942 cast members We have highlighted matching words that appear in the page below.
Bing is not responsible for the content of this page.
Journey for Margaret (1942) - IMDb
Get a sneak peek of the new version of this page.
Check it out now Learn more
FULL CAST AND CREW | TRIVIA | USER REVIEWS | IMDbPro | MORE LESS
0Check in
X I'm Watching This!
Keep track of everything you watch; tell your friends. 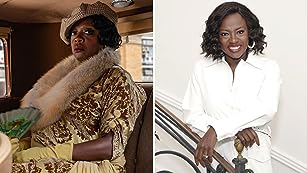 Search for "Journey for Margaret" on Amazon.com

1940. For the better part of the war thus far, New York news correspondent John Davis and his wife Nora Davis have been in the hot spots of western Europe, including Rotterdam and much of France, which has just fallen to the Nazis. The war has taken a toll on John professionally, as he has closed himself off emotionally in his writing solely to be able to cope. They have decided to move to London where they consider a safer place to start their family, but still within the war zone for John to do his work. A tragic event results in Nora too closing herself off from the war happening around them, she and John who ultimately decide to move back to Connecticut. With Nora having left and John having one more story left to write, things change when that story deeply effects John. That story is about Riswick Children's House run by caring Trudy Strauss, it which takes in children displaced by the war, especially those that have faced some sort of trauma. He especially connects with two ... Written by Huggo

THE GREAT HEART STORY OF OUR TIME! Till the flame of Liberty lights the world again! (Print Ad-Rochester Times-Union,((Rochester NY)) 3 March 1943) See more »

Although William L. White's book is listed on-screen as the source of the movie, accounts of his adoption had previously been published in Reader's Digest and Life Magazine. See more »

When John Davis is escorting Margaret and Peter to potential foster parents in London, they look at blitz damage out the taxi's window. In the last view of the damage, one shop front has all its signs with reverse lettering, revealing that really they are watching a film that is projected incorrectly. See more »

How refreshing it is to come across a World War Two film minus the usual cliche scenes and ideas that infiltrated so many movies during the war years. Robert Young (as reporter John Davis) gives a consistent and profound portrayal surrounding a real concern for the human condition in terms of the effects of war on children. Margaret O'Brien (as orphan Margaret White)is haunting as the child with the magnesium bomb. William Severn's performance (as playmate Peter Humphreys) is addictive. But then there is so much good acting in this film by so many of the cast, especially that of Fay Bainter (as Trudy Strauss). The film makes it clear that war is the common enemy of all children, for, as Trudy says, "surely children must be allowed to cry for all they have lost."