You have reached the cached page for https://nypost.com/2020/07/08/jodie-comer-canceled-over-supposed-trump-supporting-boyfriend/
Below is a snapshot of the Web page as it appeared on 1/21/2021 (the last time our crawler visited it). This is the version of the page that was used for ranking your search results. The page may have changed since we last cached it. To see what might have changed (without the highlights), go to the current page.
You searched for: jodie comer killing eve We have highlighted matching words that appear in the page below.
Bing is not responsible for the content of this page.
Jodie Comer canceled over supposed Trump-supporting boyfriend Skip to main content

Jodie Comer is getting canceled over supposed Trump-supporting boyfriend

1 Melania Trump steps out in $3,700 orange dress after landing in Florida 2 All about the Florida home Trump will live in after the White House 3 Going out in style: Melania marks end to Donald's presidency in pricey outfit 4 Dog imitates owner's limp in heartwarming show of 'sympathy' 5 'I love what they did': Snoop Dogg on Trump granting clemency to pal 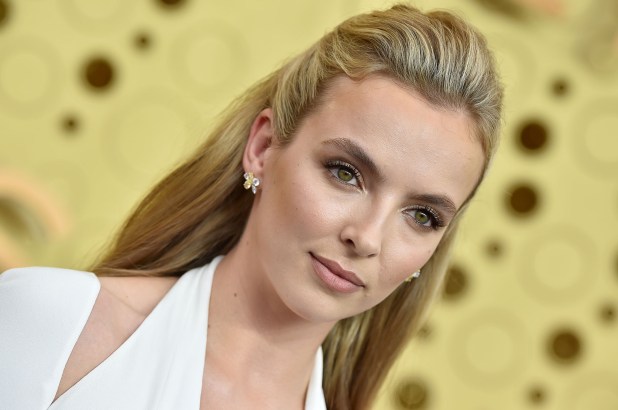 Real-life 'Killing Eve' once botched a hit while admiring herself

The 27-year-old is facing “cancel” cries online after social media users discovered she’s possibly dating a Republican who supports President Trump. This comes amid her vocal support for several progressive causes, such as Black Lives Matter and Pride.

Twitter sleuths linked the actress, who plays a queer woman on “Killing Eve,” to a man named James Burke after paparazzi photos surfaced of her sitting outdoors with a mystery man. A man by that name is a registered Republican. However, it’s not evidently clear how Burke’s name was discovered, or why some Twitter users are sure that the person Comer is allegedly dating is the same Burke they’ve discovered with right-leaning political affiliations.

In April, she revealed to British Vogue that she’s “very much” in love with someone, though she wouldn’t reveal whom. Comer said she’s dating a man and that the pairing was “fairly new.”

For some, even the idea of Comer dating a Trump supporter was a slap in the face. On Wednesday morning, the actress’ name was trending on Twitter, along with the hashtag #JodieComerIsOverParty.

J.K. Rowling, Noam Chomsky among dozens to call for end to 'cancel culture'

More than 100 writers and scholars — including Noam Chomsky,...

“It’s kinda disgusting that Jodie Comer gets to play this powerful queer woman with a love interest who’s a [woman of color] and then goes home to her republican boyfriend who supports a homophobic racist pedophile like that’s really f - - ked!,” wrote one fan on Twitter about the rumors.

“Jodie Comer actually scare me bc she’ll be the biggest advocate for gay/trans rights, anti racism and women’s rights but then date a man who believes in nothing of the sort. is she okay?,” posted another.

“i’m sorry but jodie posting about BLM on her (temporary) story for one day and playing WLW characters while having a racist/trump-supporting boyfriend is the definition of fake white allyship. it’s upsetting,” said @allnightsun.

Others defended the actress and were critical of the trend for not being based on confirmed facts.

“Honest to god, Twitter get a grip. Yesterday she was being adored, today Jodie Comer is ‘cancelled’ for dating a bloke called James Burke. No evidence that he’s the same James Burke, Trump supporter, but let’s not let that bother us?” said @vignemale2.

“ ’Cancelling’ Jodie Comer because her boyfriend (or supposed boyfriend) is a Republican – is basically supporting the opinion that women are only defined by what their partner believes in and does with their life and I’m not here for it,” posted @EmiliaShaw_.

18 affordable ways to pamper your dog or cat this year

Armie Hammer spoken to by police over secret Instagram video